Casimero: I’ll finish Rigondeaux, then face Donaire or Inoue next

Casimero (30-4, 21 KOs) is the favorite heading into Saturday’s fight against WBA secondary 118-lb champion Rigondeaux (20-1, 13 KOs) on SHOWTIME at the Dignity Health Sports Park in Carson, California. The card kicks off at 10 pm. ET/7 pm. PT.

Thursday’s final press conference saw arrows being slung back and forth between Casimero, 32, and the former two-division world champion Rigondeaux.

Casimero made it clear that he views the 40-year-old Rigondeaux as a stepping stone to get to the lucrative fights against Inoue and Donaire, which are the ones that he’s been pursuing.

The still formidable two-time Olympic gold medalist Rigondeaux stands in Casimero’s path. He must get past the talented Cuban to progress to the next level to battle ‘Monster’ Inoue or the former four-division world champion Donaire.

Casimero: Donaire & Inoue are afraid of me, Rigondeaux isn’t

“Rigondeaux is a great fighter, but this fight is very important to me because I know my next opponent may be Nonito Donaire or Naoya Inoue,” said Casimero. “Those two opponents may be scared of me, but Rigondeaux is not scared.

“But don’t worry, Rigondeaux, this will be your last fight on August 14,” said Casimero.

It’s a bad idea for Casimero to look past his fight with Rigondeaux, as this is clearly the best fighter he’ll have faced during his 14-year professional career. It’s a huge step up in class for Casimero, who is getting on in years.

Casimero made it a point to mention that he’s knocked out his last six opponents since suffering a loss to Jonas Sultan in 2017, but none of those fighters he’s beaten are on the same level as Rigondeaux.

The opposition that Casimero has been consistently knocking out since 2018 has been more fringe-level fighters and younger prospects than upper-tier guys.

Of those six, Tete is by far the best of the bunch, but the best win of his career was against an old Omar Narvaez.  Despite holding the WBO belt, Tete was still totally unproven, which is why it wasn’t a huge shock that Casimero blew through him in three rounds in November 2019.

On a side note, Tete hasn’t fought since his defeat to Casimero.  It could be Tete’s loss has affected him.

With Zolani’s power, he should have been able to resume his career and quickly work his way back into position for a title shot by now, but something is getting in the way of him coming back.

John Riel has a Surprise waiting for Rigondeaux

“I know how to manage my game plan against Rigondeaux, but I’ll leave it as a surprise for him. Let’s see what happens Saturday. I’m not so much into the talking. 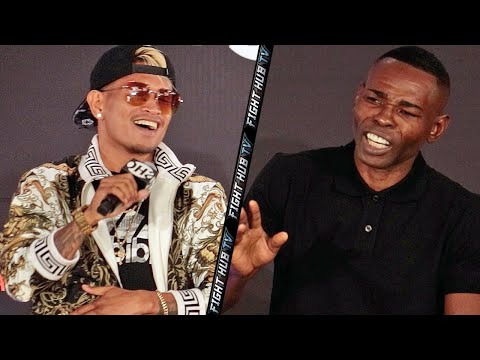 “I’ve stopped my last six opponents, and Rigondeaux is next,” Casimero continued. “If I finish Rigondeaux, then maybe Donaire or Inoue will be next. ”

As I mentioned already, Casimero’s opposition in his last six fights has largely been sub-standard and nothing to brag about. There’s nothing wrong with Casimero being fed a bunch of softies, but it’s not something he should be crowing about as if he’s been beating real killers.

As far as Donaire goes, it’s questionable whether Casimero will be able to set up a fight with him. Much stuff was said from Casimero’s side about Donaire, and he may have burned his bridge with him.

Inoue doesn’t have a lot to gain from fighting Casimero since he’s not a big name. If Inoue felt that a fight with Casimero would further his career, he would have already fought him a long time ago.