In the co-feature, Gary Antonio Russell and Emmanuel “Manny” Rodriguez ended in a no contest in the first round due to a clash of heads and Rodriguez not being able to continue for the WBA interim World Bantamweight title.

In the second round, Rigondeaux slipped to the canvas while Casimero landed four punches on the back before the referee got in to stop him. By the fourth round, fans let the fighters know they were not happy with the lack of action, with Casimero chasing Rigondeaux with few exchanges.

Rigondeaux continued to run around the ring, with Casimero chasing him in the fifth round. At the end of the sixth, Rigondeaux hit Casimero after the bell with a jab receiving a warning between rounds from the referee.

In the eighth round, Rigondeaux, in the final minute of the round landed a rare solid counter left on the chin of Casimero. In the eleventh round, the referee warned Rigondeaux, who had Casimero in a headlock. In the twelfth and final round, Casimero continued chasing Rigondeaux around the ring, unable to cut the ring off.

In the first round, a clash of Russell’s head and the nose of Rodriguez and down went the latter on his face ending the fight.

In the first round, Lee scored 3 knockdowns to score a stoppage. 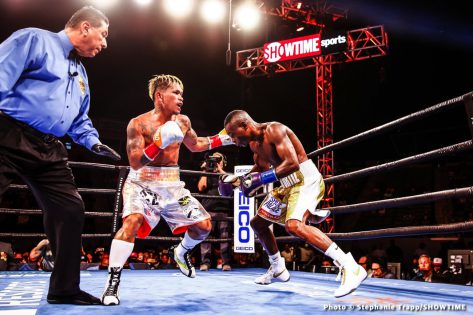 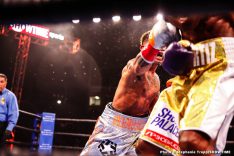 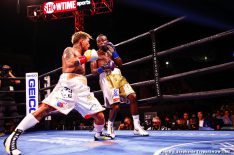 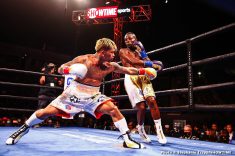 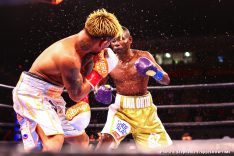 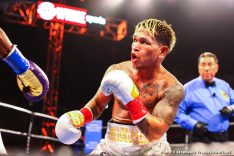 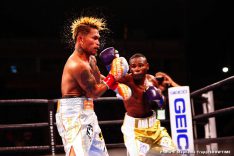 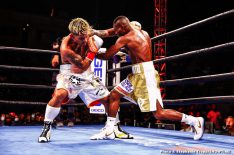 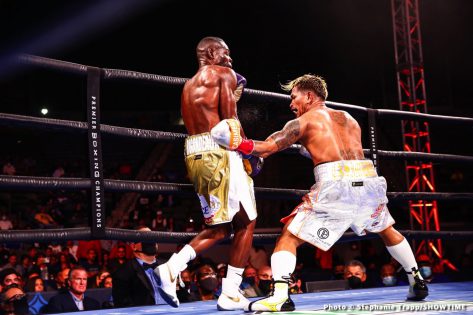 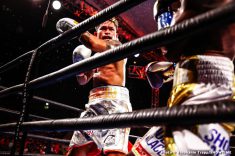 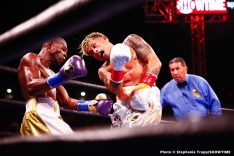 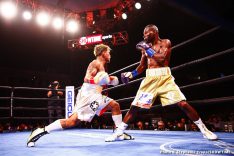 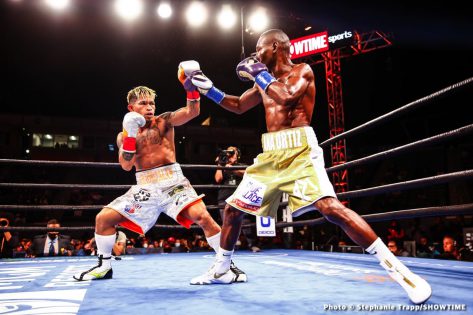 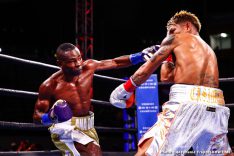 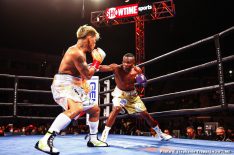 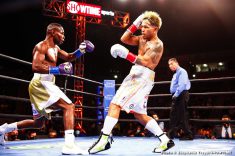 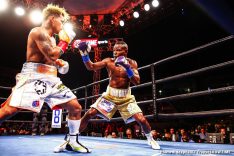 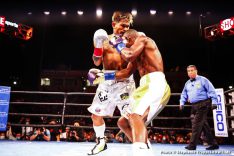 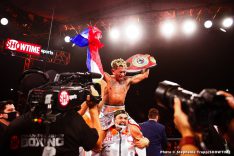 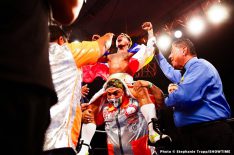 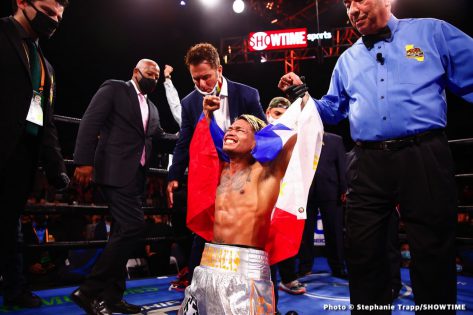 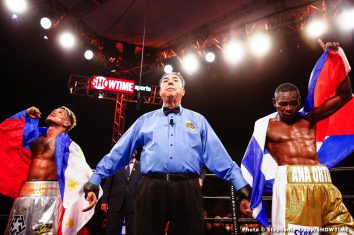 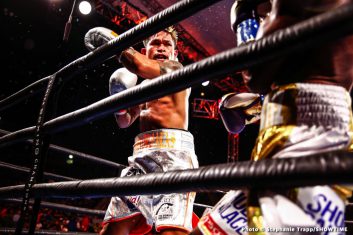