By Dan Ambrose: Bernard Hopkins says he’s suspicious about Errol Spence Jr. with him pulling out of the Manny Pacquiao fight earlier this week for a reported torn retina of his left eye.

IBF/WBC welterweight champion Spence’s injury ruined his plans to defend his belts against the superstar Pacquiao (62-7-2, 39 KOs) in the main event on August 21st on FOX Sports pay-per-view at the T-Mobile Arena in Las Vegas.

Spence has now been replaced by WBA welterweight champion Yordenis Ugas, who has stepped in to battle Pacquiao in the main event on August 21st.

Hopkins says he’s heard things, and he has questions about it. He says it could be something entirely different from Spence having an eye injury. For example, Hopkins says Errol could have pulled out of the fight due to “business” or “Lack of” in an interview with Little Giant Boxing.

Business-wise, we hadn’t heard any reports of the pay-per-view and ticket sales being poor for the Pacquiao vs. Spence fight.  For Spence to pull out of a fight that would have given him a career-high payday, it’s hard to believe. Why would Spence do that if he weren’t truly injured?

Hopkins doesn’t say what he means by saying Spence could have pulled out for “lack of,” but he could mean that Errol had a bad training camp in preparation for the fight.

If Spence were getting bounced around by his sparring partners in preparation to fight Manny, that wouldn’t be a good thing, obviously. There had already leaked a sparring video posted on YouTube in which Spence didn’t look great training against a smaller fighter.

“All I can listen to is what I’ve heard, but that conversation of what they said happened, I don’t know if it’s true or not true,” said Bernard Hopkins to Little Giant Boxing on Errol Spence, having a torn left retinal eye injury. 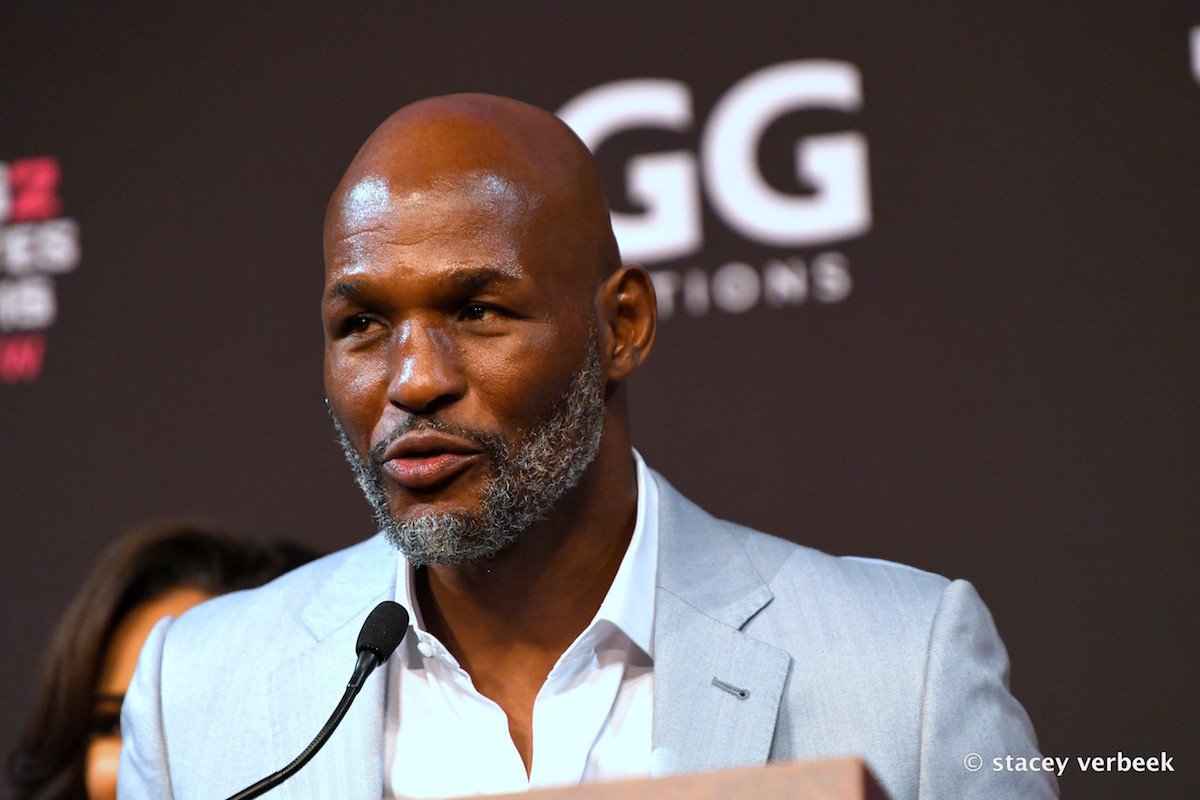 “I know Spence, I like Spence, I know he’s always ready for any challenge, but I just have some suspicions about this whole thing, to be honest with you,” Hopkins continued.

“The way it [report of Spence’s eye injury] manifests and came out suddenly real fast and no one knew it before is to me just, and I’ve been around a long time. I understand certain things that have been said because of other things.

“I’ll just say stay tuned. If you hear something else other than what everyone was given or was told, I think there’s more to the story than what it is. But if it is true, I wish him a speedy recovery.

With the way Hopkins is talking, there’s no way of knowing what the problem could be for Spence, but you have to take his excuse at face value until proven otherwise.

If boxing fans want proof, it’s up to Spence and his management to show his medical report to the world.

Bernard would want to show proof of injury

“The whole thing that was considered that this was told and most people will probably believe it, and most people wouldn’t dare to even question it or say, ‘Give me more details of it,'” Bernard said about Spence having an eye injury. 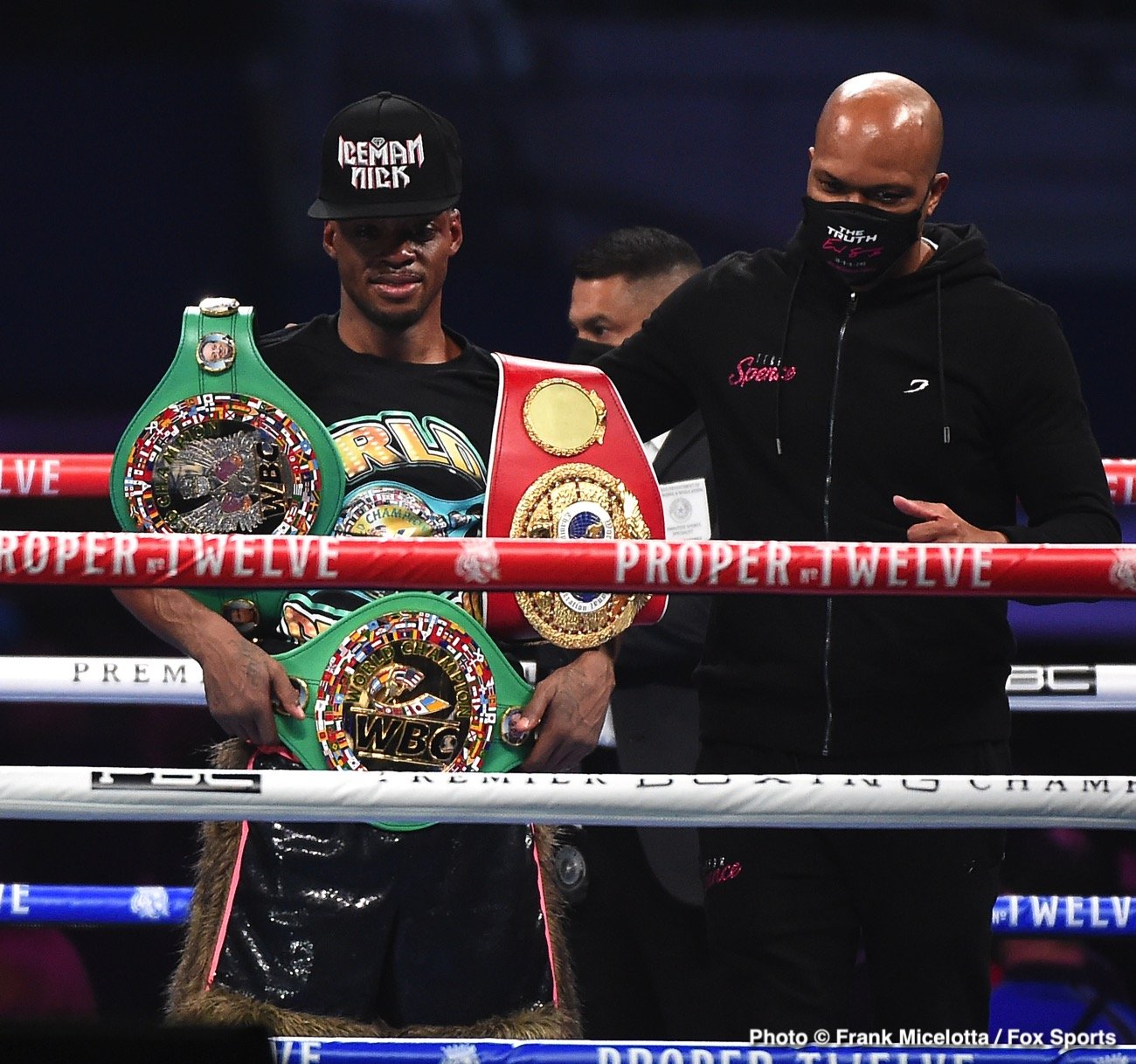 “I’m the type of person of when something happened to me; I’ll show an X-ray to the world of boxing that I’m ready to fight. I got an X-ray. Look, it’s a hairline fracture, or it’s a straight cut through broken bone.

Spence’s promoters or management didn’t post any medical stuff on his eye injury, unfortunately. That would have helped calm some boxing fan’s suspicions, but it’s not surprising that Spence didn’t show that.

Many fighters don’t show x-rays or medical forms to prove to their fans when they’re hurt and need to cancel their bouts.

“I’m conscious of repeating anything if I don’t have more to it, and I got other questions, and I got other reasons to think different. I’ll say that like I said, if it’s the case [that Spence does have a torn retina], then I’ll wish Errol Spence a speedy recovery. 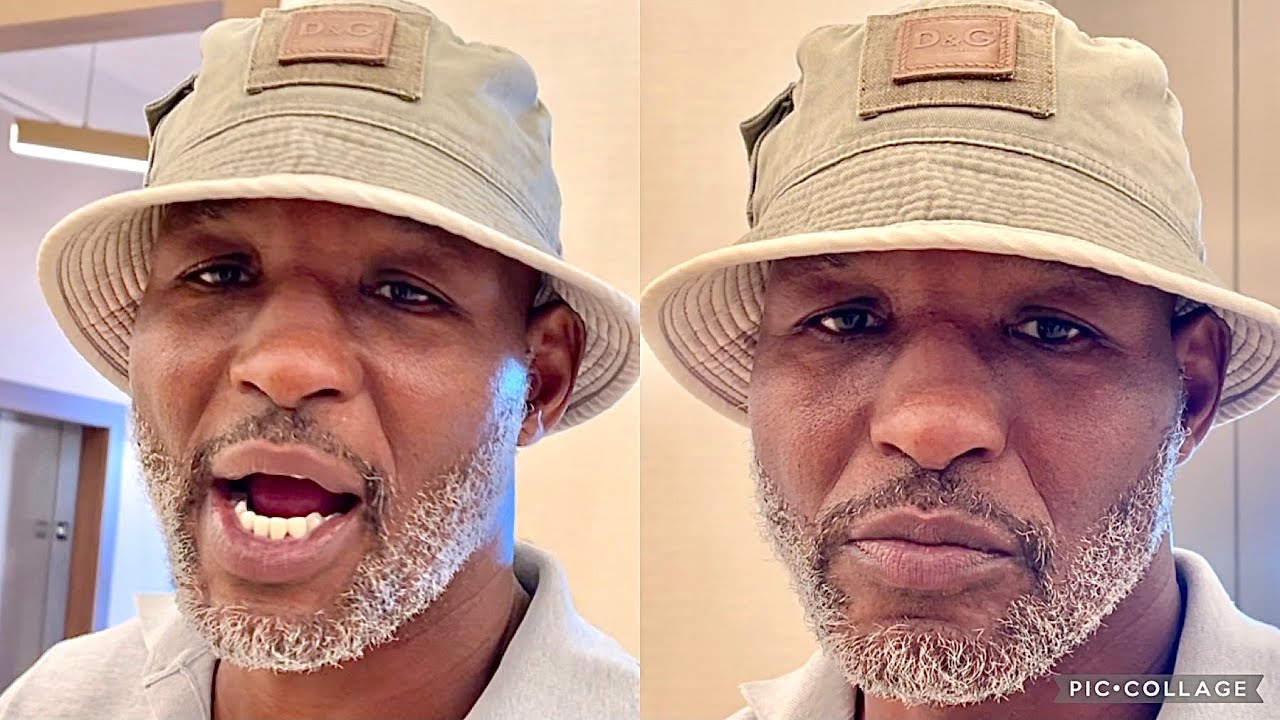 “I think he’s a future Hall of Famer. He’s just been getting bad deals. If that’s the case on that issue or if it’s something else, then somebody else will reveal it.

“If not, then hopefully it’ll go away, and they’ll reschedule, but it’s nothing to play with,” said Hopkins on Spence.

We’ll see how long it’ll take for Spence to recover from his eye injury, but it could be a while. Pacquiao and his team are eager to reschedule the fight with Spence at the end of this year, but that’s a swift timetable for someone having a torn retina.

If Pacquiao loses to Yordenis Ugas on August 21st, that’ll likely finish any talk of him and Spence meeting up later this year or in 2022. It would be game over for Pacquiao if Ugas defeats him.

Casimero: I’ll finish Rigondeaux, then face Donaire or Inoue next »