A three-division world champion, Casimero (31-4, 21 KOs) made his second successful title defense at 118-pounds, earning a career-best victory over the longtime 122-pound champion Rigondeaux (20-2, 13 KOs), who moved down to bantamweight in 2020. 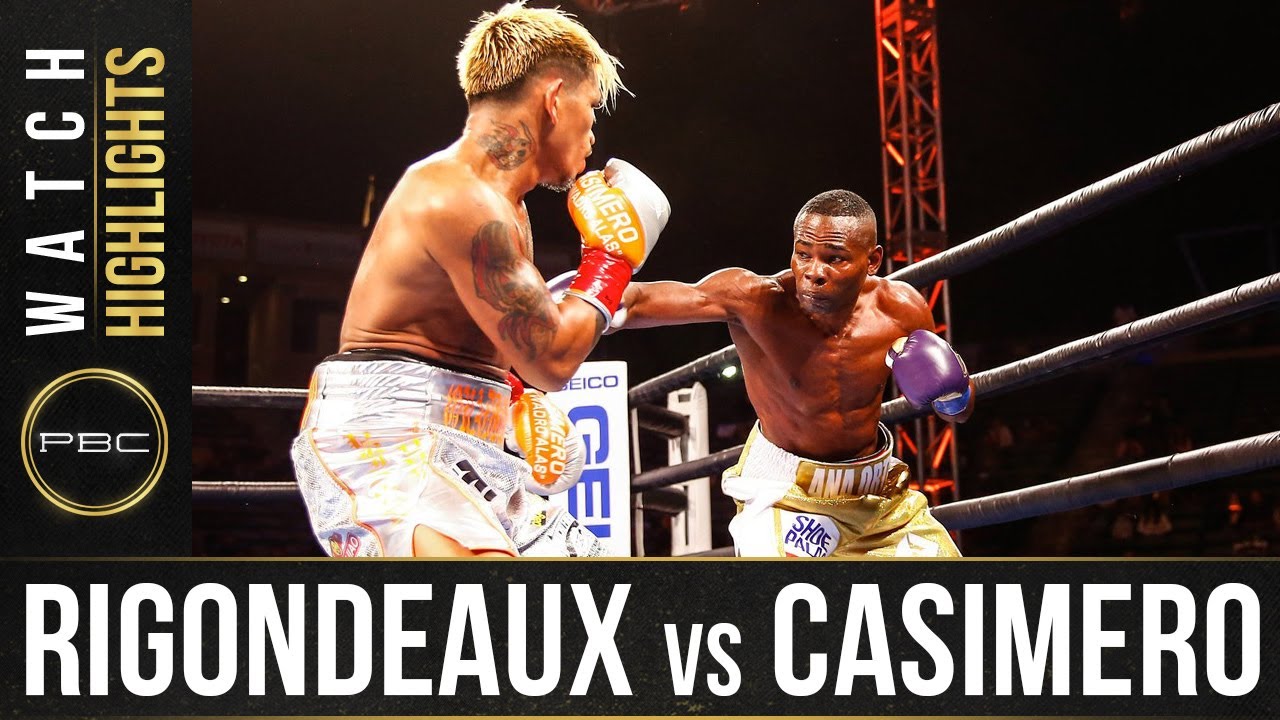 “I’m excited to get the win,” said Casimero. “Rigondeaux is a good boxer and two-time Olympic gold medalist. I was worried, because he said he wouldn’t run, but he ran the whole time.”

The bout started with an eventful first round, in which it appeared for a moment that a Casimero left hook to the back of Rigondeaux’s head would lead to a knockdown, but referee Jerry Cantu ruled the moment a slip. During the exchange, Casimero threw several punches while Rigondeaux was on one knee, earning a warning from the referee.

From that point on, Rigondeaux remained steadfast to a defensive strategy that saw Casimero forced to chase his opponent around the ring. Meanwhile, Casimero stayed dedicated to pushing forward, looking to slow Rigondeaux down with body shots to set up power shots to the head.

“My expectations were for a knockout,” said Casimero. “Me and all my fans wanted that. I did my best to knock him out, but he was just running and not fighting.”

Rigondeaux was content countering his charging opponent, doing a majority of his damage with variations of his dangerous left hand. In a bout with numerous close rounds, Casimero ended the fight with a narrow 47 to 44 edge in punches landed, including a 41-28 tally in power punches.

Those power punches and sustained aggression proved to be enough for Casimero to hold onto his 118-pound title in the eyes of the judges, as scores of 117-111 and 116-112 overruled one judge’s 115-113 card in favor of Rigondeaux. While Rigondeaux disputed the decision, Casimero looked forward to potential unification clashes with WBC champion Nonito Donaire and WBA and IBF titleholder Naoya Inoue.

“Nobody wants to fight with me because I frustrate them in the ring,” said Rigondeaux. “I landed the punches that I needed to in order to win the fight tonight. This is how I win. I have these God-given skills and this is the way I display them. I’m a unique fighter. It’s my style and it’s the only one I know. You can see I’m still better than anyone else in the lighter weight classes and I’m going to keep fighting.”

“I had a three-fight plan,” said Casimero. “First was Rigondeaux, and I beat him. Next is Nonito Donaire and then finally Naoya Inoue.”

The co-main event saw rising contender Gary Antonio Russell (18-0, 12 KOs) and former world champion Emmanuel Rodriguez (19-2, 12 KOs) fight to a no-decision just 16 seconds into the first round of their 118-pound matchup, after an accidental headbutt injured Rodriguez and ended the fight.

“It happens,” said Russell. “I was looking to establish my jab and I tried to set up a hook, and he came in at the same time. It’s very disappointing.” 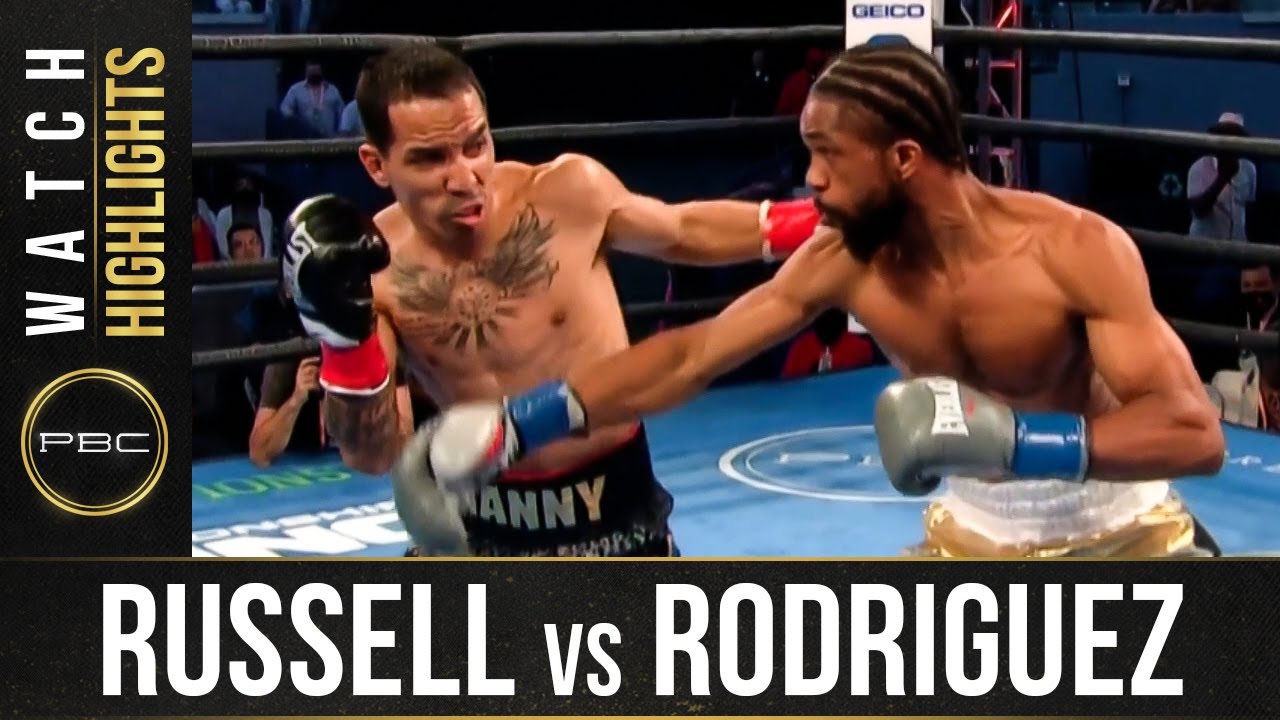 “I feel okay,” said Rodriguez. “I’m a little frustrated after putting in all this work for the fight to end so quickly with nothing happening. With the headbutt, maybe if there was no blood, we would have been able to continue. But once I saw all the blood, I knew it was over.”

The crossroads battle for the Interim WBA Bantamweight Title was meant to offer Russell a chance to establish himself as a true title contender and give Rodriguez an opportunity to move one step closer to becoming a two-division champion. Rodriguez attempted to counter an incoming Russell attack, which led to the two southpaws clashing heads.

“I was actually in camp for about four months,” said Russell. “I prepared great for this fight. I was really looking to broadcast my talents and show everyone what’s in my arsenal. Unfortunately, the headbutt happened.”

Rodriguez fell to the canvas immediately and was bleeding from his nose, prompting referee Sharon Sands to wave off the bout, which was ruled a no-decision.

“Of course, I would like to come right back,” said Russell. “If he can do it, I want to get right back in there with Rodriguez.”

“I don’t want to lose the condition that I’m in,” said Rodriguez. “I prepared really hard for this fight. As soon as the injury is fixed, I’ll be back in the ring and I’d like to fight Russell again.”

In the opening bout, former world champion Rau’shee Warren (19-3, 5 KOs) dominated Damien Vazquez (16-3-1, 12 KOs) on his way to a second-round stoppage in their bantamweight showdown. Warren scored his first knockout victory since 2015, after going the distance in his previous eight fights. 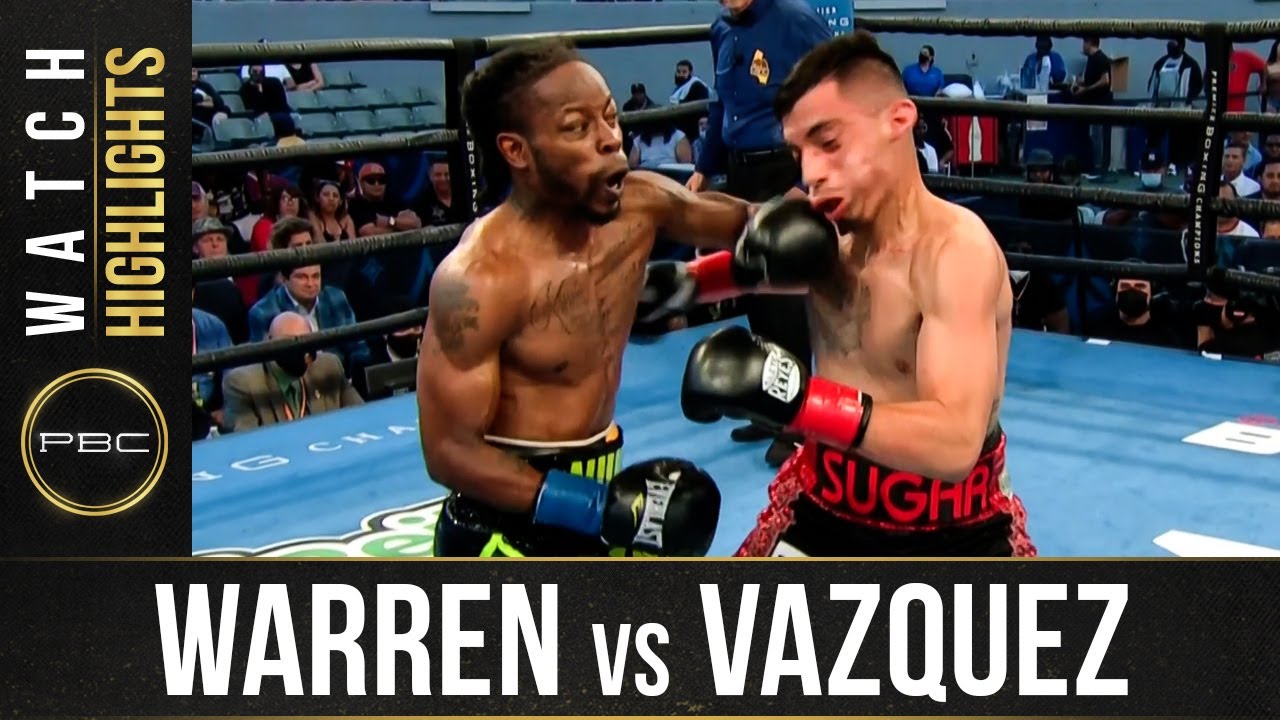 A three-time U.S. Olympian, Warren came out fast in the first round, using his speed advantage to beat Vazquez to the punch, connecting with a right hand midway through the frame that scored the fight’s first knockdown. Vazquez was able to rise to his feet, but was sent to the canvas for a second time moments later by another sharp right hand from Warren.

Cincinnati’s Warren landed an astounding 22 of 39 power punches in that first round, and continued his dominance into the second. Warren perfectly timed a straight left hand that badly rocked Vazquez, forcing referee Ray Corona to jump in and halt the bout at 2:18 in the second round.

“Next fight is a title fight,” said Warren. “I am the number one contender for the WBA. I want to thank my team for putting me in this position and pushing me. They know what kind of fighter I am. I am going to be champion. Next fight I am grabbing that title. Maybe I will fight the winner of the main event tonight (Rigondeaux vs. Casimero).”

“My performance was good,” said Lee. “It could have been better. There’s always room for improvement. At the end of the day, we got the job done. I’m definitely ready for the next level. It’s only right for me to step up the competition. I’ll take on anybody who’s ready.”

The latest installment of the Emmy Award-winning series ALL ACCESS debuted earlier this evening on SHOWTIME and is now available to watch on SHOWTIME Sports’ YouTube channel. ALL ACCESS: PAUL VS. WOODLEY takes fans behind-the-scenes ahead of the highly anticipated Jake Paul vs. Tyron Woodley SHOWTIME PPV fight card on Sunday, August 29 (8 p.m. ET/5 p.m. PT) from Rocket Mortgage FieldHouse in Cleveland, Ohio.