By Craig Page: Eddie Hearn is predicting a convincing points victory for welterweight Conor Benn over Chris Eubank Jr this Saturday night in their 157-lb catchweight fight at the O2 Arena in London.

Hearn believes that Benn (21-0, 14 KOs) will use a mix of boxing and brawling to defeat the bigger, stronger, and more experienced Eubank Jr (32-2, 23 KOs) when they battle in the main event on DAZN pay-per-view. 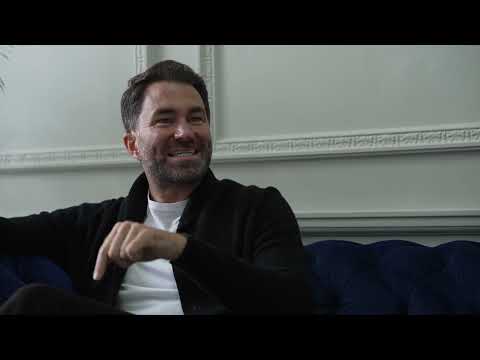 Benn, 26, has the potential of stopping Eubank Jr late, according to Hearn, but he still feels that he’ll win a points decision.

Eubank Jr hasn’t helped himself by his decision to cheat on his diet by eating junk food, and talking about only putting in 60% effort in training.

If that’s true, it suggests that Eubank Jr will use that as an excuse to tell the boxing public should he lose the fight. When you have a fighter that decides, for whatever reason, not to train as hard as they can for a fight, it means they want an excuse to tell themselves and/or the fans why they lost.

“I sat there with Conor and Tony and threw the name [Eubank Jr] in and said, ‘I think I can make that fight,'” said Eddie Hearn to iFL TV about the Chris Eubank Jr vs. Conor Benn fight.

“Conor just said, ‘I would take that fight in a heartbeat.’ Every fighter says that, and you immediately turn to the trainer or the manager or the adviser and say, ‘What do you think?’ Tony said, ‘I like that fight.’

“I never thought in a million years that we would make this fight. It took over two months to sign a contract for the first draft. It’s mad to think watching across social media, 12 weeks to go, 11 weeks to go, 10 weeks to go, and less than one week to go until the O2 erupts, and it will erupt, and people in that arena or tuned in to DAZN won’t believe their eyes.

“We’ve got a huge week planned, the BBC documentary on Wednesday. I just don’t think that when Saturday comes that many people won’t know this fight is happening.

“I don’t think many people won’t be tuned in, dialed in, sitting there wanting to know what is happening every second at the O2 on Saturday.

“We’re winners. That’s how we were brought up. Winning is everything. Although, as you can see, I’ve done alright growing up, you were never given that. You had to fight for everything.

“You had to win at all costs. So the competitive nature is something within the genes. I do it in business. It’s a lot easier. You have to travel a lot, put in a lot of time, and make sacrifices, but it’s not the fight game. 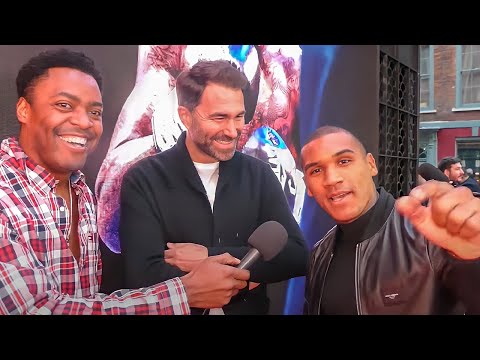 “To do that coming from the background that I came from, which is where those two [Benn and Eubank Jr] have come from, that’s hard because how do you compete when you have all the things that the other people are fighting for.

“What makes you be able to dig deep when it gets tough? You shouldn’t really be tough like that. Now in business, I’m tough in business, but physically, I can’t get up at 5 am and do those sprints and 15 rounds of sparring and get punched around the side of the head and have my ribs broken.

“So how do they do it? Genetics, desire, passion, and something that’s ingrained in you. That’s the difference. The same with me. It’s ingrained in me. So I’ll outwork everybody.

“It doesn’t matter what I got. I’ll still outwork you, and these guys can mix it with people that have nothing because it’s in you.

“If it’s in you and you have the passion for it and the will to win, and it means so much to you, and if you have the attitude where you will not be denied. That makes you more dangerous than any background you ever came from.

“That’s those two. All they’re trying to do is the same scenario as you get older. You start to realize for all the sons and daughters that come from a successful parenthood. You’re only option for success is to out-perform your father, your mother, or whoever is the successor in your family.

“That’s the same for Eubank and Benn. All they’re trying to do is make their dads proud, be as good as their dads or better and create their own legacy. On Saturday night, they’re doing it.

“Probably not judging by his comments, in all honesty,” said Hearn when asked if Chris Eubank Sr will be at the Eubank Jr-Benn fight this Saturday.

“It’s a shame, but it’s added drama. You never know. He might bowl into the O2 at half past nine on Saturday. I wouldn’t be surprised. I think he’ll want to support his son.

“The problem is with Chris Sr is he’s incredibly stubborn, and once he says something, he’ll stand by it. I don’t agree with his comments in the slightest, but he said them a few weeks ago and he chose to stand by those comments.

“If he has to put the hard runs in with the sweatsuit on Wednesday or Thursday and have a tough week, which he will, he should be there for him. He should be there by his side. He’s been through it. 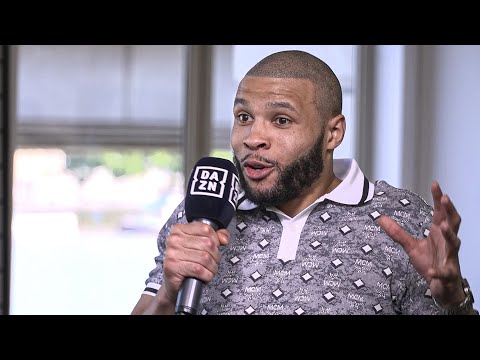 “People talk about making weight. No one made weight tougher and better than Chris Eubank Sr. For Eubank-Benn I, it was in the days when fighters would make weight the day of the fight.

“My old man told me that Eubank Sr took four, five, six, eight pounds off on the day of the fight. They weighed in at midday and then went and fought a few hours later.

“That’s dangerous. You’re talking about Chris Eubank Jr coming down a couple of pounds from his weight category and then having 36 hours to rehydrate.

For Eubank, ultimately, he’s in his weight class, and he wants to go on and fight for a world title. So if Chris Eubank Jr loses, he may retire. He already said he will, but he’ll be out of a world title shot, and that’s what he wants.

“For Conor, the aim is still to pick up a world championship at 147. If he loses, it doesn’t necessarily affect that path. It does affect it, but it doesn’t destroy that path. It delays it. He’s got to go again and get back in at 147.

“For Conor Benn, victory still means reverting back to 147 and probably then moving straight into a world championship shot. I see Conor Benn beating Chris Eubank with a mixture of boxing and fighting.

“I think he’s got to be very smart, very slick, and very fast. He will stand in the pocket and trade. We know that. You can never stop Conor Benn from doing that. He shouldn’t do it too often because it’s dangerous. Eubank is probably the heavier puncher, and he has an outstanding chin.

“For British boxing, this may be the biggest ever. I’m so excited, but I’m still pinching myself, believing this is about to happen,” said Hearn. 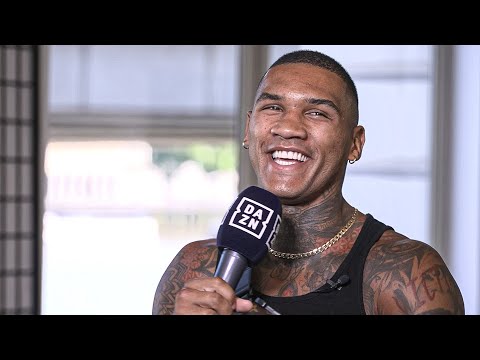 
« Martinez vs. Arroyo II added to Estrada vs. Gonzalez card on Dec.3rd on DAZN