After a prolonged wait of more than 5 years, it finally happened on May 2, 2015 – the long awaited showdown between Floyd Mayweather Jr and Manny Pacquiao. Most observers feel it ultimately happened 4 or 5 years too late.

It could have happened as early as March 2010, and it wound up happening more than 5 years later, and by the time it happened both Floyd and Manny were not quite the same, even if they were still regarded as the two best boxers in the world at that time. Hard to believe that the fight itself was more than 7 years ago now. 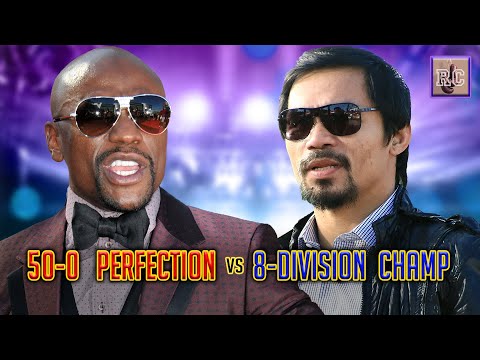 7 long years ago! And yet amazingly, at least a couple of times a week, each and every week since, you can still see the same debates over and over and over again in online boxing forums. Who was greater? Mayweather or Pacquiao? And those conversations often boil down to the basic debate about which accomplishment was greater? The perfect unblemished 50-0 mark of the great Floyd Mayweather Jr? Or the unprecedented accomplishment of the great Manny Pacquiao becoming the only 8 division champion during the long rich history of boxing? Will either record ever be broken? And how do these landmark accomplishments compare to some of the other incredible achievements in boxing history?

This edition of Rummy’s Corner will attempt to address all of these questions and the greater ongoing debate that still looms large in the boxing world regarding the greatness of Mayweather and Pacquiao. The episode will also explore some of the incredible boxing landmark achievements that we have seen during the long rich history of professional boxing, and how some of these other achievements compare to the perfect unblemished 50-0 record of Mayweather, and the unprecedented feat of Manny Pacquiao winning championships across 8 different weight classes. Please watch and enjoy the video for one person’s opinion. This is Rummy’s Corner.

Canelo to fight Golovkin next on Sept.17th, then Bivol rematch later »