by Daniele D’Alessio – In a post-fight interview with boxing social, unbeaten welterweight contender Conor Benn (20-0, 13 KOs) expressed that he wants to fight Kell Brook (40-3-0, 28 KOs) next and believes he can beat the Special One.

The Destroyer started by being extremely complimentary of Brook’s dominant performance against Amir Khan (34-6, 21 KOs).

“Brook still has it, Brook still has everything, he has the accuracy, the timing, the speed, the power, it’s all there. You know you thought he’d be a fraction of the man but he really ain’t”

When asked about the fight itself and if it lived up to expectations, Benn was impressed with the spectacle between the two British legends.

“Most definitely, I would like to see it go on a bit longer but who doesn’t”

Despite the man from Essex predicting Khan to win the fight, he claimed he could tell from the start of the bout who would be victorious.

“The way it was going on, but obviously I had Khan to win 7 to 12 but it was a one-sided beating”

Benn finished the interview by confirming that he wants Brook next and claims he can beat him.

“Of course, most definitely, I fancy my chances”

At the age of 35, Brook’s future in professional boxing is not guaranteed, however, after his stellar performance and the reputation he has built, there are some massive domestic fights against the likes of Benn and Chris Eubank Jr (32-2, 23 KOs).

Benn is coming off a sensational performance against Chris Algieri (25-4, 9 KOs) where he became the first boxer to knock the American out and got rid of him a round earlier than Errol Spence (27-0, 21 KOs).

Only 25, Benn is speculated to fight Chris van Heerden (28-2-1, 12 KOs) next and a victory could set him up for a massive bout against Brook in the UK.

Brook would undoubtedly be Benn’s toughest opposition on paper and has the size, skills, and timing to cause serious issues.

Still, there is a ten-year age difference and The Destroyer may be a little too fresh for Special K. 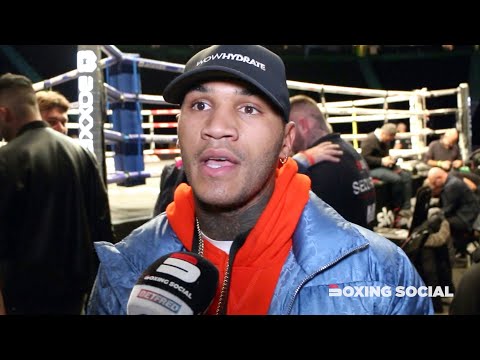