All things considered, this fight makes a lot of sense right now. Not as much sense as the most logical welterweight fight, the long awaited and ever elusive potential showdown between Spence and Terence Crawford. But given the fact that Crawford and Spence seem incapable of coming to terms, this is one of the next best consolation prizes. And ironically, this might well provide the final nail in the coffin for a Spence-Crawford showdown, because Ugas might well derail those best laid plans. 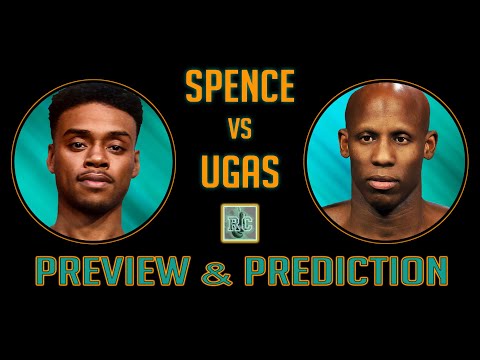 Over the last 30 months, Spence has had just one fight, when he defended his unified championship against Danny Garcia in December 2020. Spence won the fight and was awarded a 12 round unanimous decision for a very workmanlike effort. But bookmarking that lone victory, Spence was involved in a serious car accident before, and it was discovered he had a retinal tear after. In fact, Spence was supposed to have a big time showdown last August against Manny Pacquiao, but he had to pull out upon the discovery of the eye injury. Ugas stepped in as a replacement, and he had a career defining victory when he outboxed Pacquiao to earn a 12 round unanimous decision.

So right now Ugas is riding on a career high note, and Spence once again finds himself in a position where he has questions that need answering.

Who will win the upcoming welterweight unification showdown between Errol Spence Jr and Yordenis Ugas?

This edition of Rummy’s Corner will attempt to answer that question while providing a quick preview for the upcoming showdown between Errol Spence and Yordenis Ugas. Please watch and enjoy the video for one man’s opinion on the match-up.