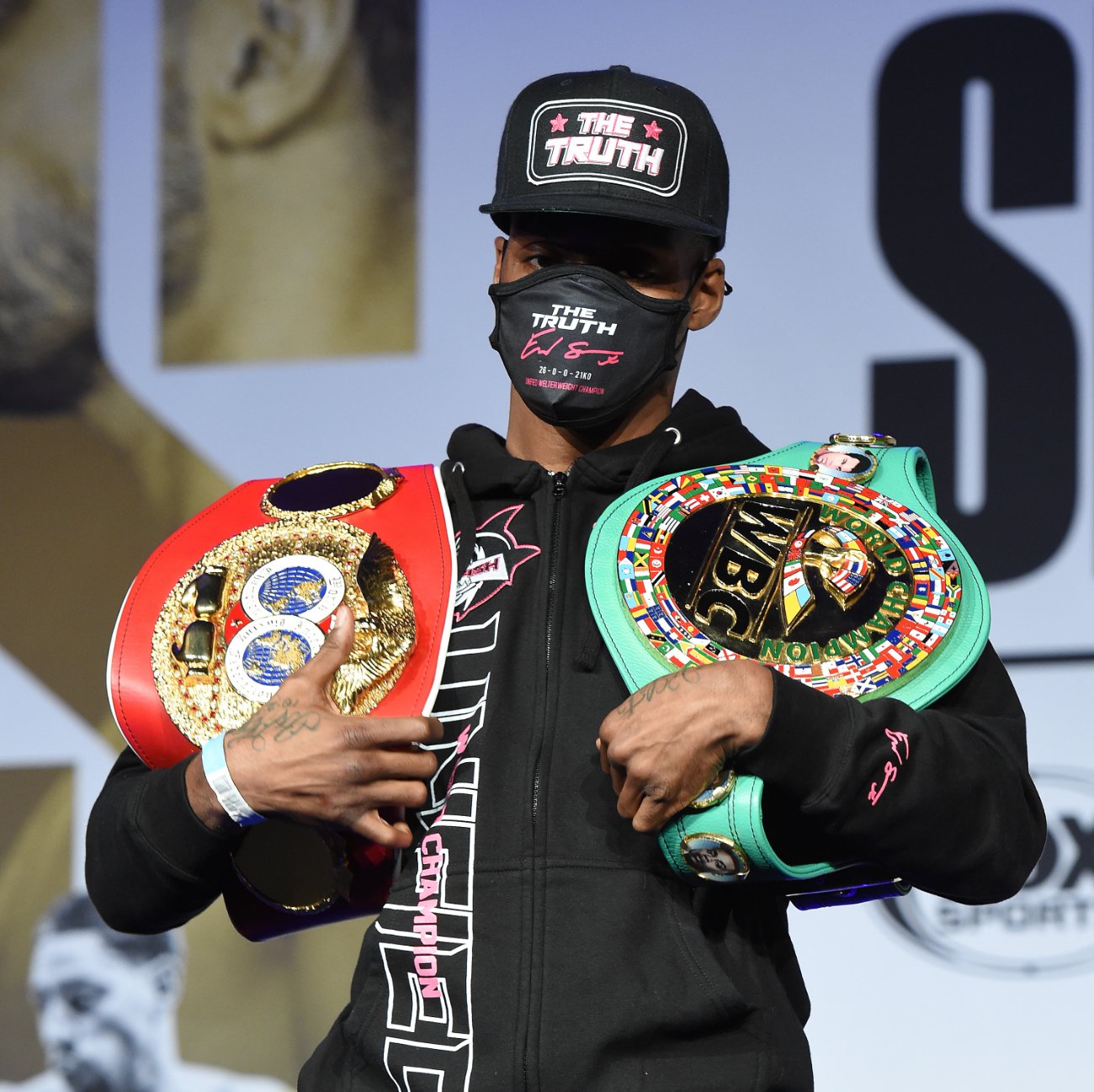 By Sean Jones: Trainer Abel Sanchez is predicting that Errol Spence Jr will be too big and too strong for challenger Danny Garcia this Saturday night at AT&T Stadium in Arlington, Texas. The fight will be shown on Fox Sports pay-per-view for $74.99.

Abel views Garcia, 32, as a 140-pounder, who has hit the ceiling of his potential, and it a level below the elite fighters at 147.

Danny hasn’t looked like the same guy he used to be since moving up to the welterweight division in 2014.

He’s lost to Shawn Porter and Keith ‘One Time’ Thurman in the last several years, and it’s unlikely that he’ll avenge those defeats. 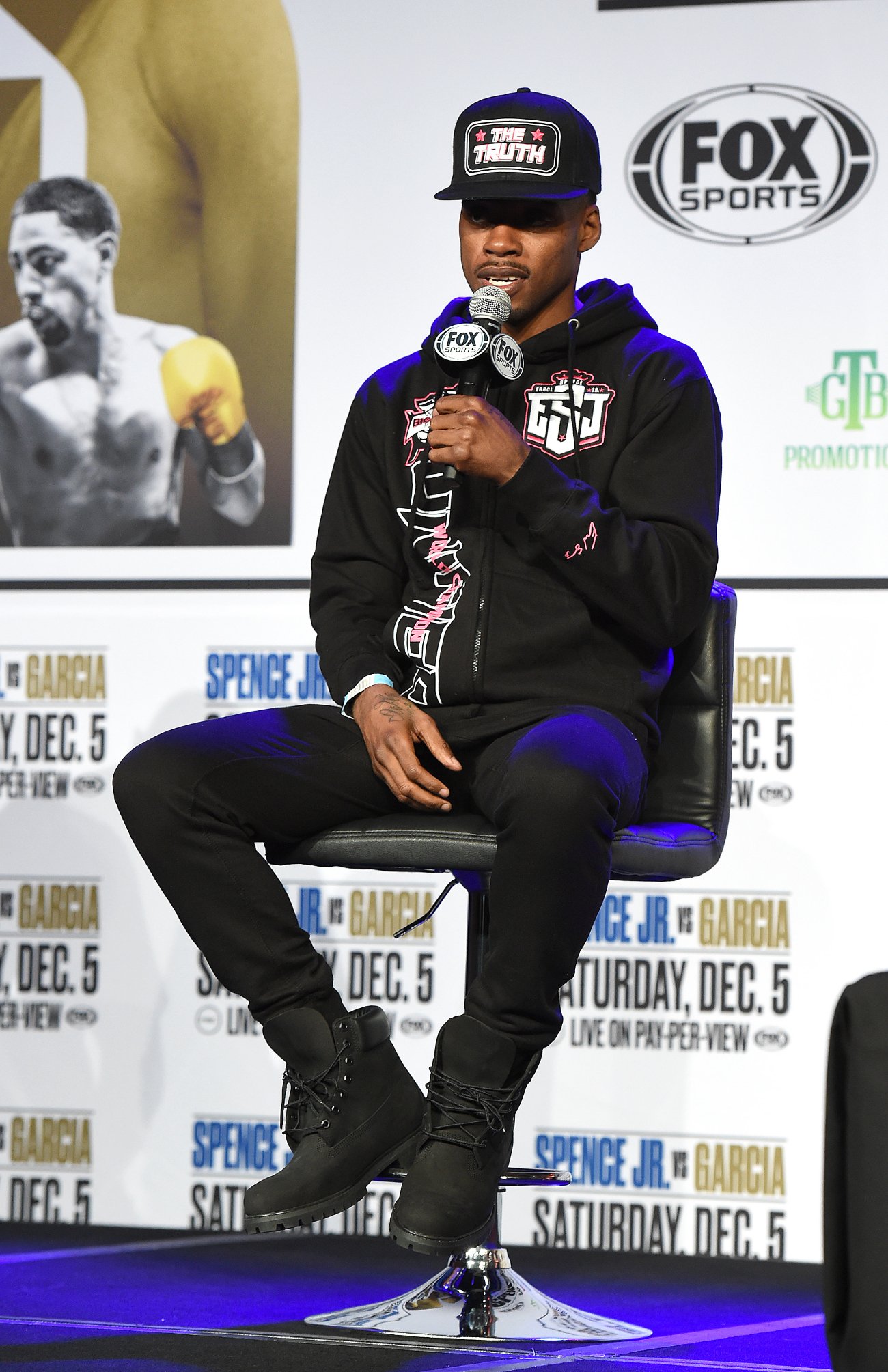 Spence already beat Porter in his last fight in 2019, and he did it by fighting his game on the inside.

Errol said this week that he’s going to box and slug with Garcia and give him the worst beating of his career.

Abel: Spence is too big and too strong for Danny

“Errol Spence has proven to be an exceptional fighter. I don’t know how the accident affects him mentally,” said Abel Sanchez. “Physically, he’s still an exceptional athlete, and he’s a good fighter.

“Danny is a very good fighter, and he’s given a lot of guys tough times. But I don’t think he’s on the level or the level he used to be on. I don’t know if that same level is going to be there on Saturday night.

“And I see Errol being too big and too strong,” Sanchez said. “I see Errol being just like Terence proved the week before that there are levels in this game, and those two guys are on different levels.

“Danny has topped out. He’s put up a good fight with many very, very good fighters, but he’s just not at their level. He’s one notch below.

“Yeah, [Shawn] Porter is a very strong guy. Porter fought at 165 as an amateur,” said Sanchez. “At 165, Porter is a different type of fighter than Danny is. Danny isn’t going to change his stripes,” said Abel.

The punch output favors Spence in a big way, and that could prove to be a major problem for Danny on Saturday night. Like most counter-punchers, they have low work rates, and they tend to fall behind in fights.

“It’ll be a good fight, but Errol will be too talented for him,” Sanchez continued. “We thought last week’s fight between Terence and [Kell] Brook was going to be a competitive fight, and the talented proved everybody wrong.

“I think in this fight, the talent is going to prove everybody wrong. And I don’t think it’ll be a blowout like the Kell Brook fight and Terence fight, but I think that’ll be not so much an easy win.

“I think it’ll be a good fight for Errol to come back on,” said Sanchez.

Spence won’t beat Garcia if his punch resistance is gone from the car crash, and he could be making a mistake in taking this fight.

Spence has been bragging about how he’s been able to take hard shots during the sparring for this fight, but that was with headgear and larger gloves.

It could be a different story for Spence when he gets hit by Danny without headgear. 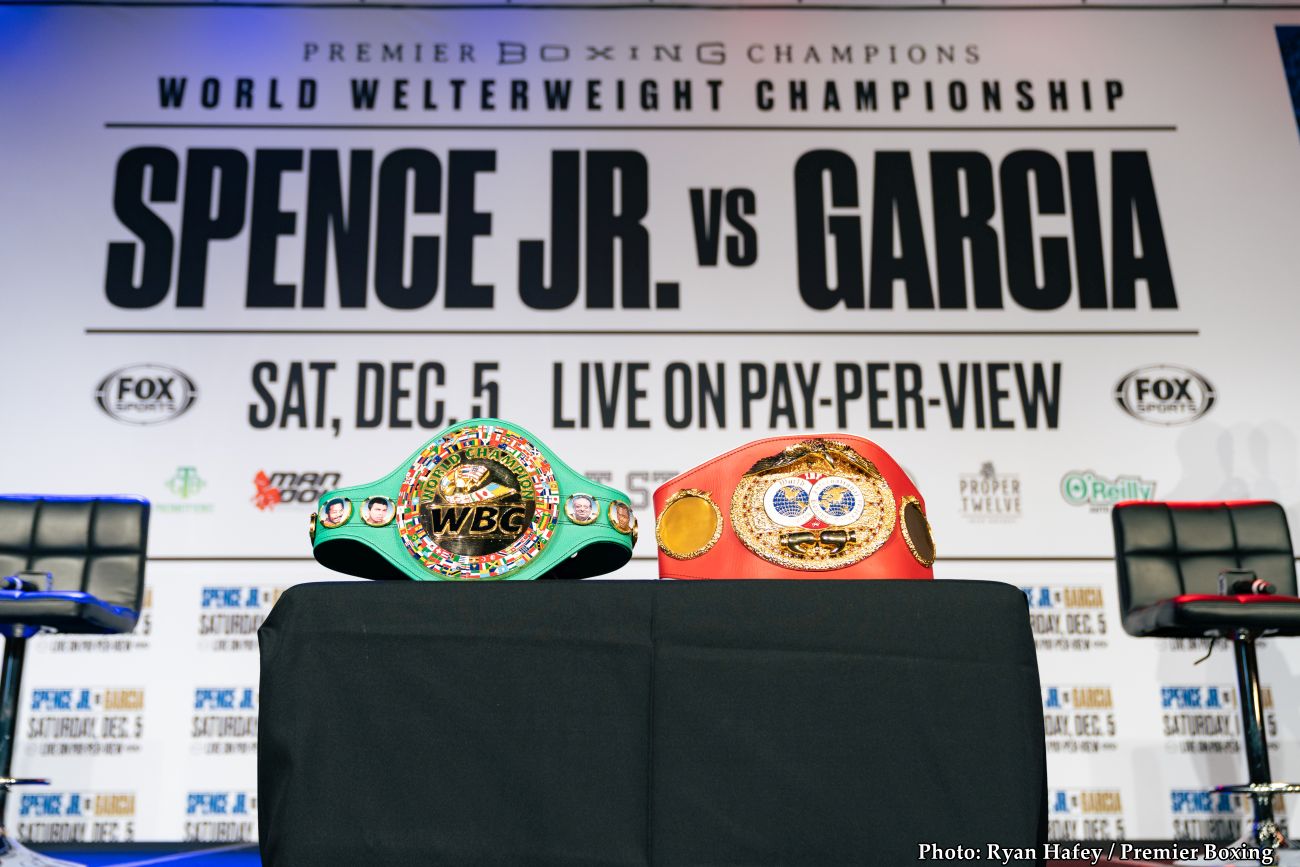 People keep saying that Spence will absolutely win if he’s 70 to 80 percent of what he was before the accident, but that won’t be the case if neurologically he’s not the same.

If Spence can’t take a punch, he’s not going to last long against Danny Garcia on Saturday night. That car crash may have done something to Spence that he won’t be able to come back from.

“I was surprised that it was so easy, but it could go back to what did GGG take out of Kell Brook,” Abel said in talking about Crawford’s win over Brook.

“A lot of confidence [was taken from Brook]. Sometimes when guys get knocked out, the next time there’s a difficult situation, and they get hit, their brain kind of reverts back to that. ‘Did I really get hurt? Did that hurt me that much?’

“I saw a clip with him getting hit with a jab and getting rocked. So did GGG and Errol Spence take a lot out of Kell Brook? Maybe so. Kell has had a great carer.

“Physically, I think it’s still possible for him to fight if they select the correct opponents. Maybe mentally, he’s not. As you said, he rubbed his eye after he got hit.

“Sometimes, it’s not the physical part of it; it’s the mental part that reminds you, as Angel [Garcia] put it, that a** whipping that he got from Gennadiy.

“If that’s the case and he’s getting flashbacks in that way, then maybe he shouldn’t be fighting. But that’s not something for anybody else to question. It should be his and his decision only.

“He’s got people around him that will counsel him, but it should be his decision. Nobody has got the right to work and not going to work,” said Sanchez.

Former IBF welterweight champion Kell Brook was undone by a jab from WBO 147lb champion Terence Crawford in the fourth. But Brook admits that he didn’t see the shot coming.

Brooke wasn’t expecting the power from Crawford’s lead hand when he turned over his jab to throw a right hook.

Kell has hurt his career more by not fighting frequently since his loss to Spence in 2017. When Brook has fought, he’s faced lesser opposition.