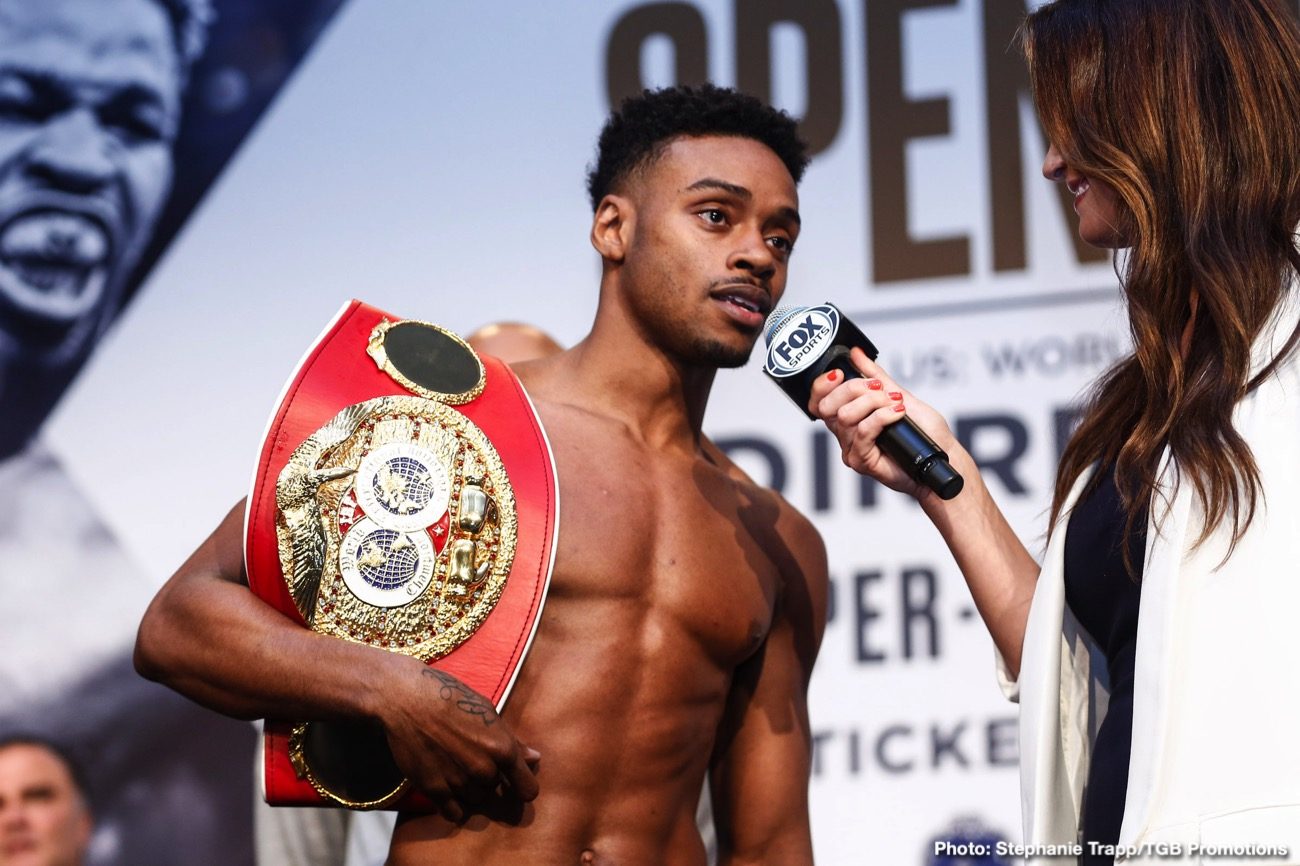 By Allan Fox: Errol Spence Jr is already looking in fighting shape for his title defense against Danny Garcia this year. The fight still doesn’t have a state. Spence vs. Garcia is being targeted for September, but we’ll need to see. Garcia still needs to lose a lot of weight, and he may not be able to get in shape by September.

Spence (26-0, 21 KOs) looks light years ahead of the chubby Garcia (36-2, 21 KOs) in terms of his conditioning right now. Garcia has put on a lot of weight during the lockdown, and he’s got a ways to go for him to burn off all the fat he put on.

There are a lot of question marks about Spence’s physical state following his car crash on October 10 in Dallas, Texas. We won’t know if Spence is the same guy until he gets in the ring with Danny and shows that he can still take a punch, and fight at the same level as before.

Danny might not be good enough to show whether Spence still has the goods or not after his automobile crash. Although Garcia is still a massive puncher with his left hook, he’s not shown that he’s an elite-level fighter at 147 ever since he moved up to the division. Garcia was a lot better when he was fighting at 140 and winning world titles.

Spence needs someone like Shawn Porter, Keith Thurman, Vergil Ortiz Jr, or Terence Crawford to show whether he’s still the same guy as before. 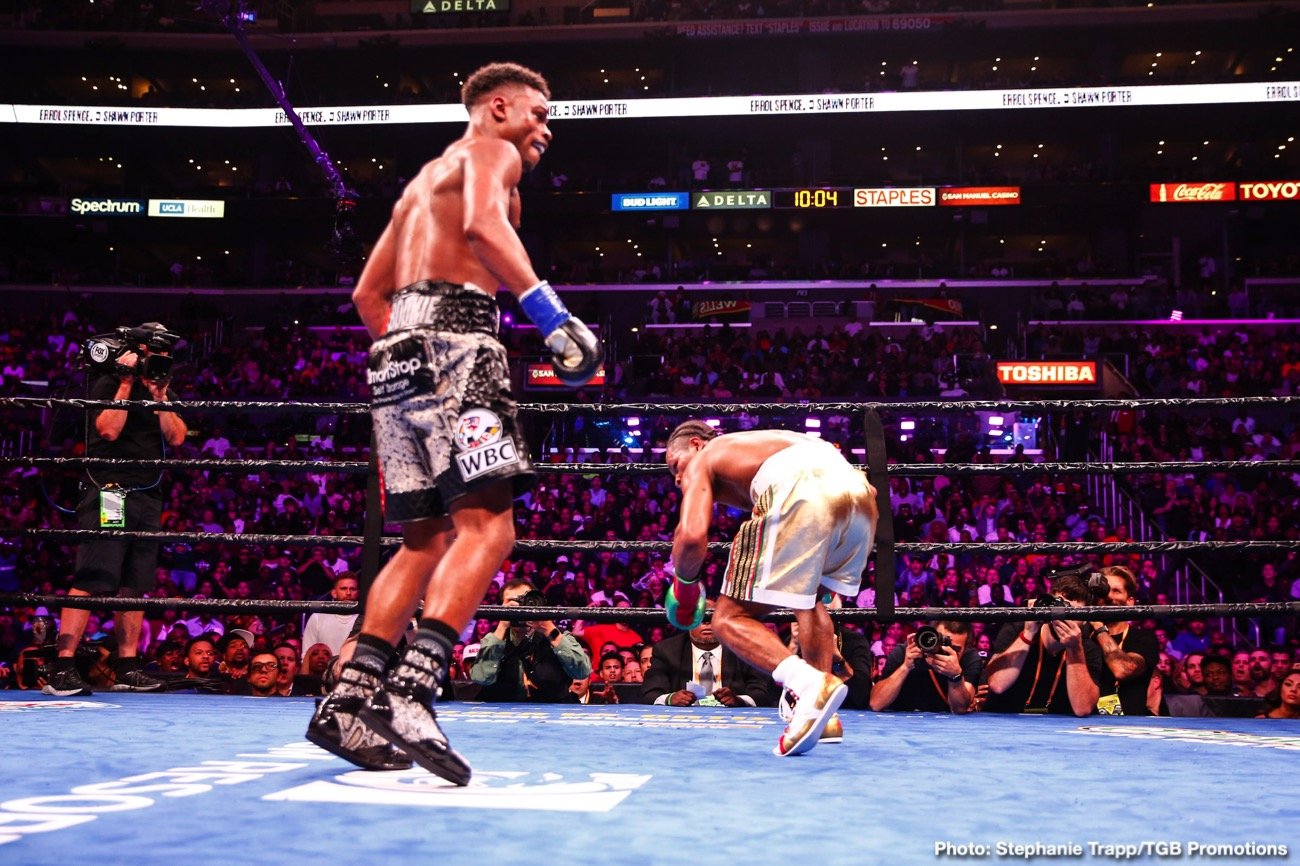 Spence to make an announcement soon

“I’m going to tune his a** up,” said Spence on social media is talking about Danny Garcia. “The fight date is getting announced soon.”

A tune-up would be a good idea for the 30-year-old Spence because, by the time he does fight in September or October, he’ll have been out of the ring for an entire year. The last time Spence fought was in September in beating WBC 147lb champion ‘Showtime’ Shawn Porter by a close 12 round split decision win.

While that was a great fight, it was a long time ago, and Spence has been through a lot since then. Besides the car crash, which impacted Spence’s speech temporarily, he’s been carrying around a lot of excess from eating and not training hard.

Spence has typically only been heavy for a short while because he’s always stayed in a two-fight per year routine. But in 2020, things have different due to pandemic and Spence still recovering from his car crash. That’s why it would have been better for Spence to have taken a tune-up first before facing Danny Garcia, a top-five contender.

A lot of boxing fans are concerned about Spence’s health with him choosing to jump right back into the deep end after his car crash of his Ferrari.

It’s for people to imagine Spence walking out of the accident he was in, spending six days in the intensive care unit (ICU) at a local hospital, and choosing to come back in a hard fight without easing back into the sport.

You can only hope that Spence didn’t make a mistake in electing not to take a warmup fight first before moving forward for the title defense against Garcia.

The thing is, Spence views Garcia as a tune-up, as he doesn’t see him in the same league as he is right now.

Garcia lost to Porter by a 12 round decision in 2018, so technically he’s a more natural fight for Spence on paper compared to the one that he just went through last September.

Danny’s ability to take heavy shots guarantees that he’s going to stick around potentially into the later rounds of the fight with Errol., and give him trouble. That means that Spence is almost guaranteed to be in a clash in which he’s going to get hit a lot by Garcia, who is a massive puncher in his own right.

Garcia’s left hook is on par with Spence’s best power shots, and this match could wind up as another punishing one for Errol. It would be a good idea for Spence to focus on boxing Danny in the same way he did in beating Mikey Garcia in their fight in 2019. In that bout,

Danny Garcia will try and make it a war

Spence showed a different aspect to his game in staying on the outside, jabbing, and playing it safe to win a one-sided 12 round decision. Even though the Spence-Mikey contest wasn’t the most exciting to watch, a lot of people liked what they saw from Errol with the way he dominated with his boxing ability. 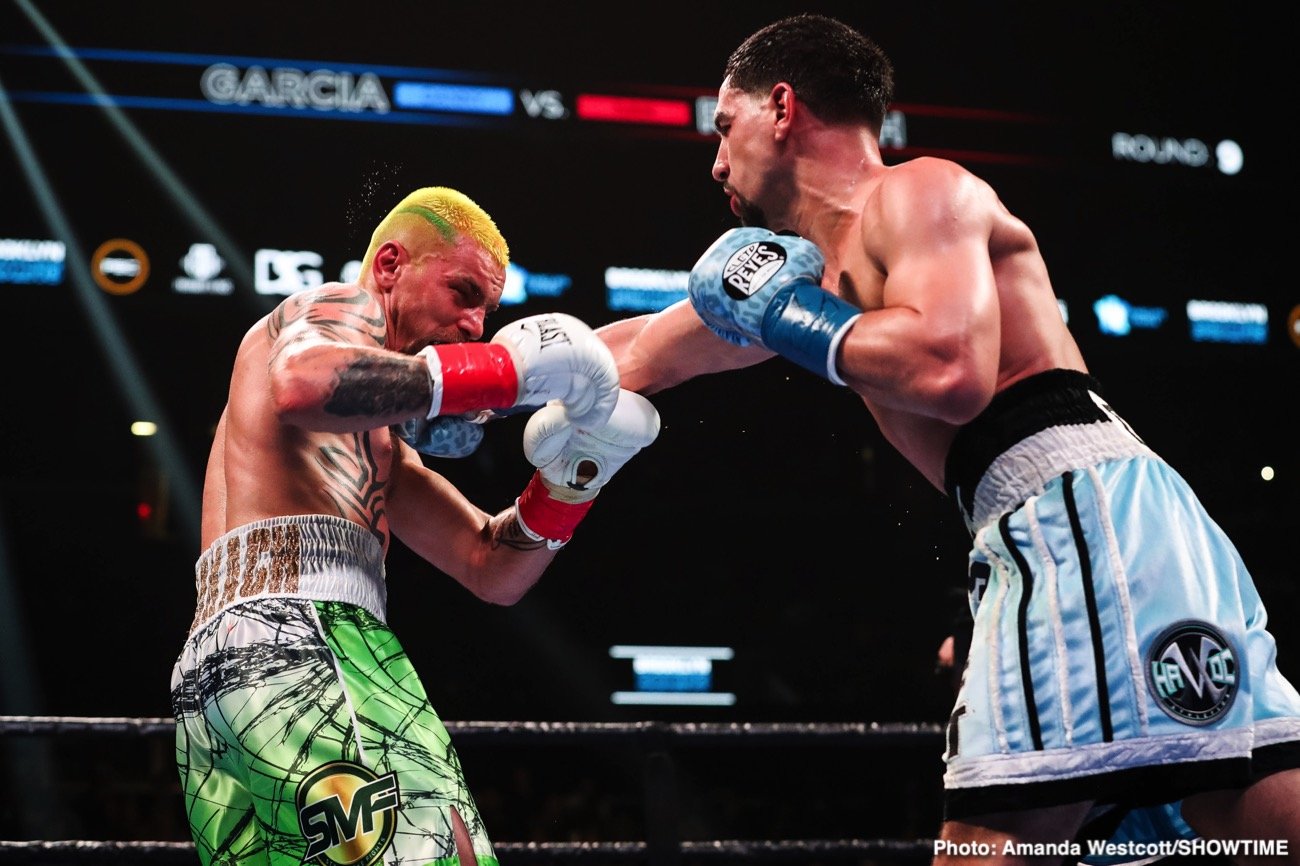 Danny Garcia is going to try and make it a war of attrition with Spence in the same way that Porter did. It works in Danny’s favor if Spence chooses to fight his style to prove a point by staying in the pocket the entire match as he did against Porter.

That would be dumb on Spence’s part, particularly given what he just went through with the crash and his hard fight with Porter. If there’s any time in Spence’s career where he shouldn’t brawl with an opponent, it’s right now.

Errol doesn’t need to stand and trade with Garcia the entire night because he’ll make it a tougher fight for himself.

Spence and Danny have two opponents in common in Lamont Peterson and Porter, as mentioned above. Errol made easy work of Peterson, knocking him down in the 5th round and forcing a stoppage in round seven in their match in January 2018.

In Garcia’s case, he struggled badly to edge Peterson by a 12 round majority decision in April 2015 in a very close fight. A lot of boxing fans felt that Peterson did enough to earn the win over Danny, but two of the judges felt otherwise, and they gave him the ‘W.’

While Garcia lost to Porter, Spence beat him and did it by fighting his own game.