By Mark Eisner: WBC & Ring Magazine super flyweight champion Juan Francisco Estrada (44-3, 28 KOs) retained his titles with a 12 round majority decision over former four-division world champion Roman ‘Chocolatito’ Gonzalez (51-4, 41 KOs) in their trilogy fight on Saturday night at the Gila River Arena in Glendale, Arizona. The score were 116-112, 115-113 for Estrada, and 114-114 even.

Estrada moved nonstop, avoiding Chocolatito and landing many shots on the run. Chocolatito got the better of the action in the championship rounds with the nonstop pressure that he put on Estrada, who moved more than ever.

Of the three fights, this was the least entertaining due to Estrada moving constantly and fighting similarly to the undercard fighter Samuel Carmona.

In the end, Estrada did enough in the first half of the fight to edge a decision. Still, it wasn’t as one-sided as Chocolatito had done in their previous fight, in which he shockingly lost to Estrada in Dallas.

There had been talk about the fourth fight between them going into tonight’s match, but that’s a waste of time.

Chocolatito doesn’t have the wheels to chase Estrada around the ring for 12 rounds. Estrada should focus on fighting Jesse ‘Bam’ Rodriguez or one of the other younger fighters. 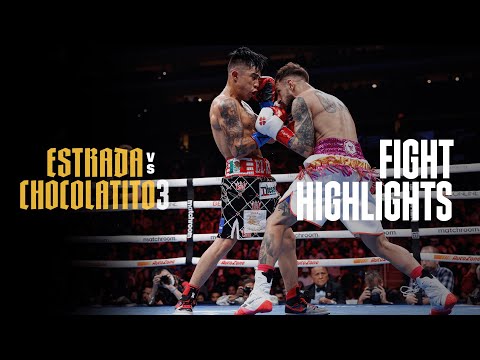 Despite Chocoltito losing two of the three fights with Estrada, he appears to be the better fighter of the two overall because he deserved a victory in the second fight and dominated Juan Francisco in their first match in 2012.

Many thought the four-division world champion Gonzalez (51-3, 41 KOs) was the better fighter than Estrada (43-3, 28 KOs) in their first two fights, particularly the second one last year.

Assuming we don’t get the same oddball scoring as last time these two fighters met, we should have a conclusive winner either way.

Estrada looked pretty far gone in his last fight against Argi Cortes in September, and he will have to raise his game several levels not to get trounced by Chocolatito tonight. 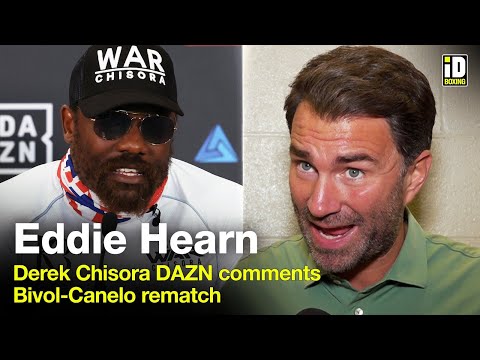 In the co-feature bout, the exciting WBC flyweight champion Julio Cesar Martinez (18-2, 14 KO) defends again Samuel Carmona (8-0, 4 KOs). This is the first fight back for Martinez since his loss a year ago to Chocolatito in an ill-advised bout.

“Chocolatito is so small and humble, but when he gets in there, he’s an animal and throws hundreds and hundreds of punches, and he’s one of the greatest fighters ever to exist. He’s in unbelievable shape as well,” said Eddie Hearn to iD Boxing about Roman ‘Chocolatito’ Boxing.

“I think you’re going to see the best of three fights. Obviously, we hype up fights because we believe they will deliver, but this is one that I generally believe will deliver big numbers.

“You don’t see as many stoppages in the lower weight classes. They do throw more punches, and they do trade more, and I think you’re going to see a great one.

“[Julio Cesar] Martinez is in a tough fight against Carmona, a very tough fight,” said Hearn.

Roman ‘Chocolatito’ Gonzalez takes on Juan Francisco Estrada tonight in their trilogy match-up on DAZN in a 12-round bout at 115-lb a Matchroom Boxing card at the Gila River Arena in Glendale, Arizona. The main portion of the card will be streamed live on DAZN at 8:00 p.m. ET.

This is an important fight that the judges can’t afford to flub up like many believe they did in the Estrada vs. Chocolatitto rematch last year in March 2021.