Hearn says the crowd will be much larger than the 4500+ fans that turned out for the second Estrada – Chocolatito fight last year in March in Dallas, Texas.

Tonight’s fight will see Estrada (43-3, 28 KOs) and Chocolatito (51-3, 41 KOs) trying to cement themselves as the better fighter of the two. Hearn says there’s a possibility of a fourth fight between them if tonight’s match-up is a successful one.

“We live in a world at the moment where fighters, fortunately for them, are getting overpaid sometimes for their commercial value,” said Eddie Hearn to Fighthype.

“So these guys have been struggling for years to get what they deserve in terms of the paychecks and in terms of the credit,” said Eddie Hearn about Roman Gonzalez and Juan Francisco Estrada.

“It’s so good that we’re finally there because we live in a world of hype, and I’m partly responsible for that. Many times you’ll sit down for a fight, and you hype it up. You believe it, and it doesn’t deliver. 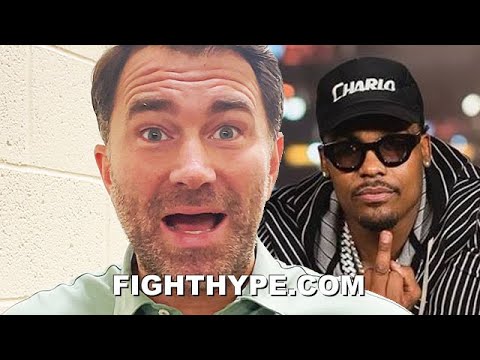 “These nights are the nights where the stress is off. Estrada-Chocolatito III, how can it be anything but an epic? It’s obviously difficult, and people are paying their money at the moment. You have to deliver.

“We’re going to have 9,000, 10,000 [for Juan Estrada vs. Roman Gonzalez III]. The atmosphere is going to be unbelievable, and they’re such nice people.

“It’s a dog s**t business, a horrible business, but it’s so nice to walk around the hotel. It’s so good to hear people say, ‘Thank you for the opportunity.’ That’s not something I search for, but every now and again, it’s nice to have that from a fighter as well.

“You pay the fighter as much money as you can but for them to turn around and say, ‘Thank you, because you remember where they come from. The first [Estrada vs. Gonzalez] fight was in a car park. The first fight didn’t have a broadcaster. It was on Wealth TV or something like that.

“Look at where they’ve come. The last time it was four and a half thousand in Dallas on DAZN,” Hearn said about Estrada-Chocolatito 3 last year in March 2021 in Dallas, Texas. “This time, it’s going to be 10,000 here. We might do a number four.

“You’re seeing people lose out on legacy because they just want to sit on their couch. When was the last time [Jermall] Charlo boxed? A year and three months ago? Is he ever going to fight again? I’m not just picking him out.

“I want fighters that are ready to fight, ready to entertain, and ready to create history, legacy. If you trust the people writing the checks, they will always get you as much money.