By Dan Ambrose: Juan Francisco Estrada predicts that he’ll defeat Roman ‘Chocolatito’ Gonzalez by a wide 12 round decision this Saturday night in their trilogy match on December 3rd on DAZN at Desert Diamond Arena in Glendale, Arizona.

WBC and Ring Magazine super flyweight champion Estrada (43-3, 28 KOs) and Gonzalez (51-3, 41 KOs) will be fighting for the third and possibly the last time in their rivalry after a controversial rematch last year in Dallas, Texas that saw the judges hand down an unpopular decision victory for Juan Francisco.

Despite Estrada being backed by the crowd before the contest, Chocolatito won over the fans by dominating the fight.

Still, the judges gave it to Estrada in a fight that wasn’t even close. One judge 117-111 [9-3] in favor of Estrada, and he took a lot of criticism afterward from fans.

“I feel like it’s going to be the best one out of the two, so I feel good,” said Juan Francisco Estrada to Fight Hub TV about Saturday’s trilogy match against Roman ‘Chocolatito’ Gonzalez.

“I’m prepared mentally & physically to walk away with the victory. No doubt, we know each other real well, and he wants to beat me, and I want to beat him too.

“Right now, we’re 1-1. The only thing that’s going to change is the physical preparation for this fight. So that’s why I feel it’s going to be the best one.

“I’ve been struggling with a knee injury in the last two fights, with injuries, but for this one, I’m 100% prepared. I think what we can reduce it down to is the kind of preparation that both fighters have. 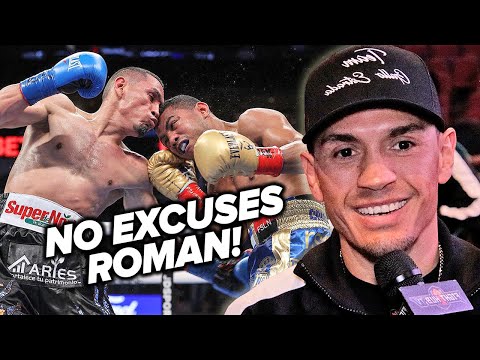 “No doubt, it affects people, and it affected me, and that’s why at first, we canceled that fight. But I feel good physically, and I’m at 100%. There will be no excuses. If he beats me, it’s because he’s a better fighter, and if I beat him, I’m the better fighter.

“Well, the one that kept the belts was me. I won that fight, and in the first fight, a lot of people gave me the fight and thought I won, and a lot of people thought he won in terms of the fans,” said Estrada about his belief that he deserved his controversial 12 round split decision win over Chocolatito in their second fight last year.

“As a result, we’re 1-1 because of that. This fight will determine it all. That’s why we prepared to win clearly. I don’t know if it’ll be by knockout, but I know we can win by points by wide fashion. That’s what we’re going to try to do to win this fight convincingly.

“The smaller weight classes get better fights. They also give a better show for the people that they enjoy. The only thing that is left is the money. They need to pay us more, but I think this new generation will be retired soon. I think we will be entered into the history books of boxing.

“I’ve done a lot, no doubt, but I feel like I have four or five more fights. I feel physically well, but perhaps against Ioka or Puma Martinez, against any of the other champions in order to unify,” said Estrada.