By Charles Brun: Eddie Hearn says Tyson Fury lacks the confidence he can beat unified heavyweight champion Oleksandr Usyk, so he believes he won’t come out of retirement to face him if he defeats Anthony Joshua in their rematch on August 20th.

According to Hearn, Fury feels he can beat Joshua, so that’s the fight he wants, but NOT Usyk. He’s NOT “confident” he can beat him. 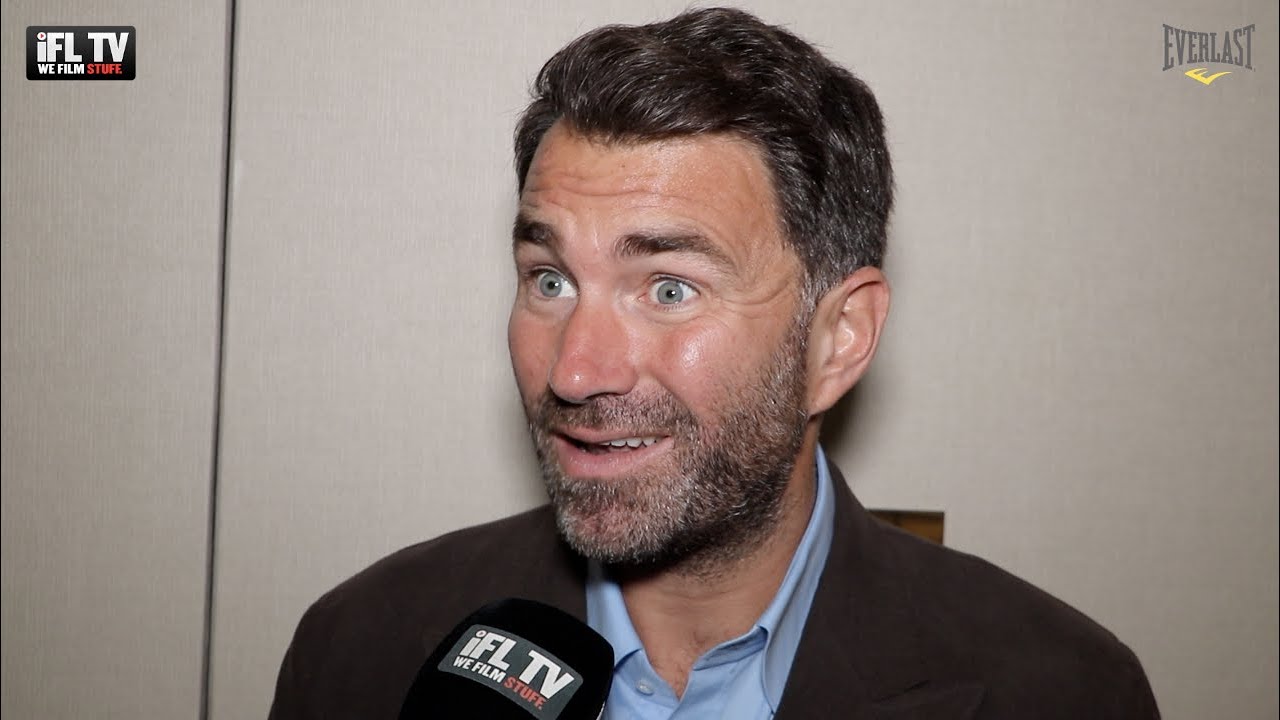 Usyk believes Fury lacks confidence, saying, “You are afraid of me.” It is apparent at this stage that Fury doesn’t fancy his chances against the talented Usyk and realizes he’d get a boxing lesson if he were to take the fight.

Hearn states that WBC champion Fury had the opportunity to fight Usyk for the undisputed, but the deal broke down because he wanted a warm-up fight instead of going straight into the match.

So rather than face Usyk (19-0, 13 KOs) for all four belts to try and achieve greatness, Fury opted to defend against Dillian Whyte last April, a fighter that had been knocked cold by a healthy 40-year-old Alexander Povetkin in their first fight in 2020.

“The only fight we would want to make if he [Joshua] wins is the Fury undisputed, but obviously he’s going to be around for a long time, and he’d have to go through mandatory challenges like he always has,” said Eddie Hearn to iFL TV about if Joshua defeats unified heavyweight champion Oleksandr Usyk on August 20th.

“He’s [Joshua] never ducked a mandatory challenger. Everybody says, ‘You should have vacated the [WBO] belt and skipped Usyk,’ but that’s not what AJ is about.

“Because he had the chance to fight Usyk before Dillian Whyte, and he didn’t want to fight Usyk for the undisputed title,” said Hearn when asked why he believes Tyson Fury will ONLY come out of retirement to fight Joshua but not Usyk.

“He [Fury] wanted to have a warm-up fight and then go into Usyk. That deal broke down, and it was there for him. I don’t think he will want to fight [Usyk]. I don’t think he’ll like the style.

“Maybe he’s [Fury] not that motivated about it being undisputed if it’s Usyk? I don’t know. I just feel like he feels he can beat Joshua, he knows the money will be out of control, and he’ll take the fight, in my opinion, but he’s entitled to do whatever he wants.

“Yeah,” said Hearn when asked if Fury is ‘WORRIED’ about fighting Usyk. “I don’t think he’s that confident about that fight because if he wasn’t worried, the deal was there in place for him to fight Usyk for the undisputed championship, and he chose NOT to do it. That’s facts.

“If he believed he could beat him, if he believes he’s just a little middleweight or whatever he calls him, he would have taken the fight and would have become undisputed.

“It’s a circus, but sometimes a circus sells,” said Hearn when asked about his thoughts on Fury potentially fighting strongman Thor.

Hearn is right about Fury lacking confidence. If he thought he could beat Usyk, he would have taken that fight in a red second instead of opting for a simple title defense against the recently knocked out Whyte.

There was way more for Fury to gain fighting Usyk for the undisputed championship than facing Whyte, and it was pathetic to see ‘The Gypsy King’ shy away from taking the bigger fight. Of course, fighters know their limitations, and it’s painfully apparent that Fury realizes he can’t beat Usyk.

All that weight that Fury has packed on since joining up with U.S trainer Sugarhill Steward in 2020 would hurt him in a fight against the fleet-footed Usyk.

Fury wouldn’t be able to use the 270+ lbs that he weighs now to lean on Usyk and tire him out the way he did against the spindly-legged Deontay Wilder.

Usyk wouldn’t stand there and let Fury wrap him up in a grizzly bear hug and begin the mauling process from round one, as Wilder had. All that useless weight that Fury has put on would be a downfall against Usyk.