By Brian Webber: Tim Bradley believes that the mega-fight between welterweight champions Terence Crawford and Errol Spence Jr will have a rematch clause, and there eventually could be three fights between them.

Many boxing fans just want to see the undefeated Spence & Crawford fight before they get old and are washed up the way Floyd Mayweather Jr and Manny Pacquiao were when finally met late in their careers in 2015.

Spence & Crawford are both expected to move up to 154 next year, which is going to change the dynamics of a potential fight between them. Rather than their match being viewed as the two best fighters in the division battling, it would be a fight between the #2 & 3.

Undisputed junior middleweight champion Jermell Charlo is the top dog at 154. Spence & Crawford would need to prove that they’re better than him, as well as the tough contenders Sebastian ‘The Towering Inferno’ and Tim Tszyu.

As much trouble as Crawford had against the washed-up gatekeeper Shawn Porter and the problems Spence had beating the 35-year-old Yordenis Ugas last April; it’s difficult to know if either of those guys would get past the 154-lb contenders Tszyu and Sebastian Fundora.

“I don’t know. I’m hoping like everybody. We just got to remain patient because there’s a lot that goes into a big fight like that,” said Tim  Bradley to K.O. Artist Sports when asked if we’ll ever see Terence Crawford vs. Errol Spence fight.

“You have to,” said Bradley when asked if there would be more than one fight between Spence and Crawford. “I don’t care what people feel or whatever. We don’t know.

“That’s why we want to see the fight,” said Bradley when told that some boxing fans think Spence could knockout Crawford. Crawford, I’m not even going to say because everybody knows where I’m at.

“We don’t know what’s going to happen, and that’s the reason why we’ve got to see the fight. I think it will be a rematch clause. I think those guys are not stupid,” said Bradley about a rematch clause for Spence-Crawford.

There would have to be a rematch clause between Spence & Crawford to increase the chances of a second fight between them.

Without a rematch clause, it’ll be incredibly difficult to negotiate a second fight, and years could go by before the management is able to bang out a deal. By the time Spence & Crawford fight again, they’d likely be faded old-timers and no longer relevant.

It’s too bad it’s taken four years for Spence and Crawford finally get close to getting a fight made between them. Crawford moved up to 147 in 2018, and there were already many boxing fans asking for a fight between them back then.

“The rematch clause is so that you get another shot, another crack at it,” said Bradley. “Also, you get some more money. It’s the smart businessman to do that. So, I could see two fights going back to back, and you never know, possibly a third one. You never know.

If Crawford had at least two titles in his possession, it would make it easier to put the fight together with Spence because then he would have something that would put him in a favorable spot. Crawford hasn’t brought in the same PPV numbers or filled stadiums like Spence. Moreover, Crawford hasn’t fought the same kind of talented opposition as Spence.

“Where the fight is going to be held, what’s your guarantee, what’s your pay-per-view numbers, and what is my percentage on that. It has to be perfect, and it takes time. I think both of these guys [Spence & Crawford] are trying to work it out,” said Bradley.

“I think they know how much the fans want to see this fight,” said Bradley. “It’s just in due time when they get it right, and they’re going to sign, seal, and deliver. They’re going to have to.

“Terence, at that time, and this was a long time ago, he’s a much better fighter now than when I was sparring him. At that time, it was his timing and the fact that he was able to adapt.

“I think the most thing that surprised me about him is that I was a world champion, and most guys, you get in a firefight with most guys in the gym, they back down.

“They understand that you’re a champion, and so, they’ll kind of back off a bit and let you beat on them. He didn’t. He was like, ‘Uh ah.’  So when my game would rise, his game would rise.

“I’m like, ‘Holy crap.’ I’m like, ‘This kid is different.’ His skills on top of that. I found out that he’s a right-hander instead of a southpaw, and he fought so comfortably out of a southpaw stance.

“So, those were the surprising things for me, and that grit and determination and his ability to make adjustments on the fly. I could see how smart.

“I worked on trying to make this dude pay, and now I got to go back to the drawing board. This kid is clever,’ and he did it all by himself. He didn’t have a trainer there. He was all by himself. That’s what made him special,” said Bradley. 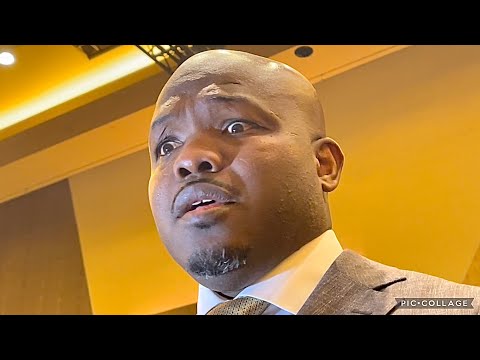 Alexei Lezin the Man Who Beat Both Klitschko’s! »