Benavidez wants Andrade next or he’ll go to 175

By Dan Ambrose: David Benavidez says he wants to face Demetrius Andrade next after he dispatched David Lemieux on May 21st or else he’ll be moving up to 175 campaign at light heavyweight.

By moving up to 175, Benavidez can position himself to where he can force the belt-hungry Canelo Alvarez to fight him if he wants to try and become the undisputed champion at light heavyweight.

Benavidez tired of being avoided

The highly ranked former two-time WBC super-middleweight champion Benavidez (25-0, 22 KOs) sees the writing on the wall, realizing that the top 168-pounders like Canelo Alvarez and Caleb Plant want nothing to do with him.

Next month, Benavidez will face the heavy0haned knockout artist David Lemieux (43-4, 36 KOs) in the main event on Showtime on May 21st in a battle for the interim WBC super-middleweight title at the Gila River Arena, in Glendale, Arizona.

The idea behind Benavidez fighting for the interim WBC 168-lb strap is the hope that he can use the belt to force Canelo to fight him or at the very least lure Plant or Charlo.

“I’ve been trying to make these fights happen for a long time and I feel like when I win the WBC interim title, I’ll have more leverage,” Benavidez said.

“That’s the fight that we really want to do against Caleb Plant,” said Jose Benavidez Sr. “Let’s make that fight happen in September or December.”

“I feel like we’ve let this fight marinate as long as possible,” said Benavidez about the Caleb Plant fight. “I think it’s going to be in a better position because once I get the WBC interim title there will be no excuse not to fight.

“He says he [Plant] wants to get back up and get a rematch with Canelo. This is the best step to do it. If he was really serious about it, the WBC could have made the fight between me and him mandatory.

“If he was as big and as bad as he says he was, why didn’t he take the fight with me instead of Caleb Truax because he was waiting for a fight against Canelo.

“With me, it’s a big risk and very little reward, and that’s why they don’t have confidence in themselves. That’s why they didn’t take the fight with me,” said Benavidez about Plant. 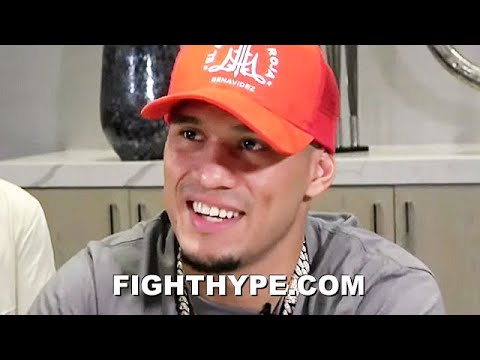