By Charles Brun: David Haye is picking Dillian Whyte to do the job against WBC heavyweight champion Tyson Fury this Saturday night in their highly talked about fight in front of 94,000 fans at Wembley Stadium in London. 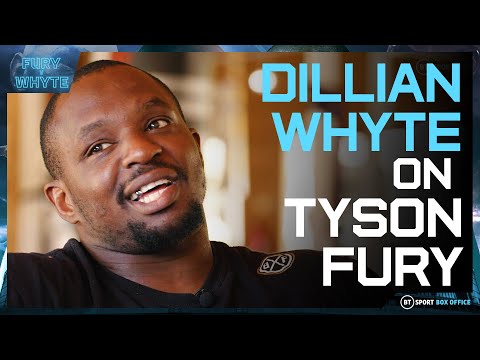 Haye feels the style match-up favors Whyte in this one because of Fury’s recent transformation into a brawler, and he doesn’t believe he’s going to be able to revert back to the mover/boxer that he was during his earlier years in the sport.

Although Fury does look a little slimmer this week than in his last two fights against Deontay Wilder, he’s not going to be the slim 247-lb fighter that dazzled the faded 39-year-old Wladimir Klitschko with his footwork in 2015.

Tyson will try and maul Dillian

Fury could take the weight off obviously, but he’s foolishly bought into the idea that he can use his grizzly-bear physique to maul, everyone, he faces because it worked twice against the spindly-legged Wilder twice.

In other words, Fury will recycle the same game plan that he used twice against Deontay in one-sized fits all approach when he faces Whyte on Saturday.

“I think the styles clash beautifully and I think it’s going to be an upset,” said David Haye to BT Sport Boxing in picking Whyte to beat Fury this Saturday night. 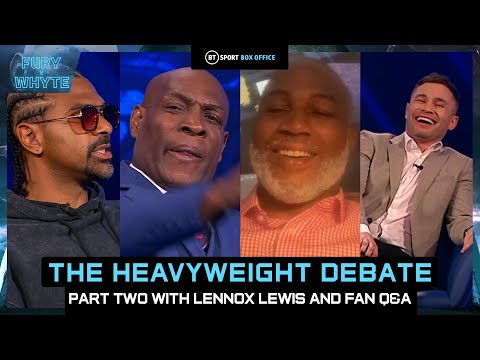 Haye has gotten Fury’s father John so worked up by giving his views about the fight that he’s pushing to have him removed as one of the commentators for Saturday’s BT Sport broadcast of the Fury-Whyte fight.

“These two fighters haven’t seen each other, and I think it’s a psychological advantage for Dillian Whyte not to come over. Tyson Fury wanted him here, wanted him there,” Haye said.

“He would have clowned him. He’s a master of press conferences in controlling the whole narrative,” said Haye. “He had to do a press conference on his own. I bet Dillian Whyte was in Portugal laughing his a** off at that.

“So psychologically, he’s wound everybody else up, and he’s in a good place. When they do finally come together, I can’t wait to see the intensity because one thing about Dillian, he doesn’t take no foolishness.

“If it gets a bit personal, he’ll let his hands go at the press conference. You’ll genuinely have to keep a bit of distance between them. No, no, no, one security guard [won’t do it].

Maybe a steel cage,” said Haye on what would be needed to keep Whyte from tearing into Fury if he gets uppity his week during their face-offs. 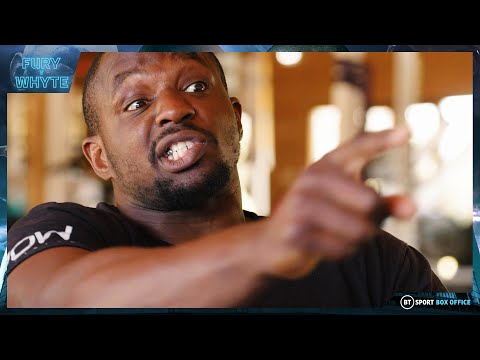 
« Benavidez wants Andrade next or he’ll go to 175