By Matt Lieberman: Gervonta ‘Tank’ Davis (25-0, 24 KOs) got off to a slow start in the first half of the contest but then came roaring back to stop previously unbeaten WBA ‘regular’ light welterweight champion Mario Barrios (26-1, 17 KOs) in the 11th round on Saturday night at the State Farm Arena in Atlanta.

The victory for the 26-year-old Davis makes him a three-division world champion, which is pretty impressive for a young fighter. 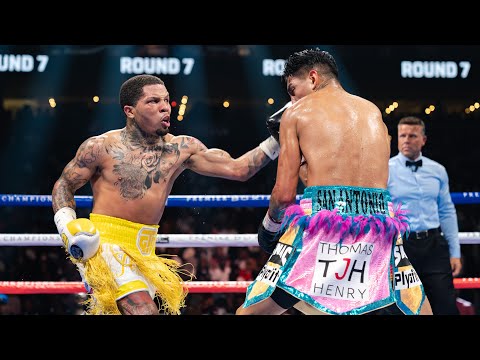 Davis struggled through the first seven rounds, being held to a standstill by the much taller 5’11” Barrios. With that said, Tank came on strong in the eighth round to drop the WBA champion Barrios twice with thundering shots to the head.

Barrios pulled things together somewhat in the ninth and tenth, but Davis put his foot back down on the accelerator in the eleventh round to get another knockdown. This time the referee Thomas Taylor chose to halt the fight. The time of the stoppage was at 2:13 of round 11.

You got to give Barrios huge respect for the performance he put in tonight, getting the better of Davis through the first half of the contest.

Barrios showed a lot of heart and an excellent chin in taking the tremendous punches from Gervonta in the second half of the contest. A lesser fighter than Barrios would have been taken out early, but he showed an iron chin for a while there.

With the victory, Tank plans on moving back down to 130 and 135, depending on what fights are available to him.

Many boxing fans would like Tank to stay at 140 long enough to challenge undisputed champion Josh Taylor for his four belts. Still, Mayweather Promotions CEO Leonard Ellerbe ruled out Gervonta staying in the division.

He made it clear that there’s nothing to get for Davis fighting Taylor because he’s not a household name in the United States. Ellerbe is right. Taylor isn’t well known with the casual boxing fans in America.

Tank would be better off moving back down in weight and taking on Vasily Lomachenko, who earlier beat Masayoshi Nakatani on ESPN. 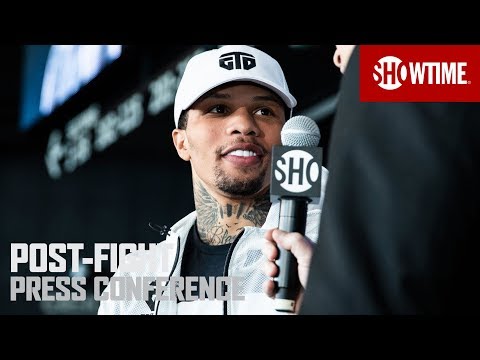