By Jeff Aronow: YouTuber Logan Paul towered over Floyd Mayweather Jr on Thursday during their face-off at the final press conference for their eight-round exhibition match this Sunday at the Hard Rock Stadium in Miami, Florida.

Logan, 6’2″, looked like a giant standing eye-to-eye with the 5’8″ Mayweather during their face-off. The size disparity alone is enough to give the 26-year-old Logan a chance for an upset.

At his advanced age, Mayweather looked like a small trainer standing next to a fighter that he was getting ready to tape up for a fight. You would think, ‘No way are these are going to fight.’

If this fight is on the level and not a fake one, Logan has a real shot of winning.

At 44, Mayweather is old and no longer staying active with his career the way 42-year-old Manny Pacquiao is. For that reason, you got to give Logan a decent shot at winning the fight if it’s going to be a real one and not a fake exhibition.

Mayweather: Pacquiao has to fight

“We’ll just see,” said Mayweather when asked on Thursday if he’ll knockout Logan. “I want everyone to tune in. If you can’t come to Miami, buy the pay-per-view.

“I don’t worry about that. I’m a fighter,” said Mayweather when asked if he’s going to punish Logan because of his brother Jake Paul’s antics. “I’ve been a professional for 25 years, fought the best, seen every style, and I’ve always come out on top.

“My strategy is to be away from boxing, whereas other fighters that are in boxing now, the so-called top fighters, they have to fight,” said Mayweather. “I don’t have to fight.

“Absolutely, but he has to fight. I made smart investments, and I was able to put myself in a position where I don’t have to fight anymore,” Mayweather said.

Interestingly, Mayweather used his moment in the spotlight to take a shot at Pacquiao instead of using the time to speak about Logan. That suggests that there’s jealousy on Mayweather’s part about Pacquiao still fighting and enjoying success.

Floyd not worried about giving 30-lbs away to Logan

“Most of the time when I go out there and fight these guys, I’m giving away 20 lbs,” said Mayweather when asked about his thoughts on giving away 30 lbs to the 190-lb Logan Paul.

“Once again, fighting wins fights, and once again, nobody can win because this is entertainment [as well as an exhibition],” said Mayweather.

Mayweather must worry about Logan because if he gets clipped by him, he could get knocked out. 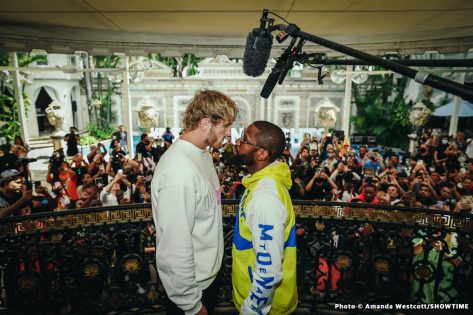 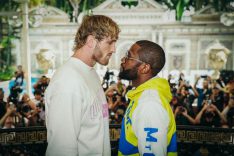 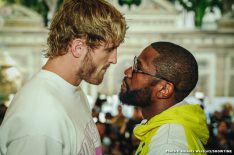 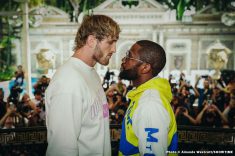 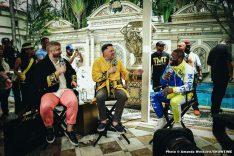 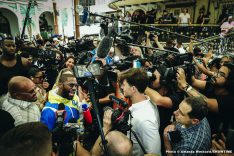 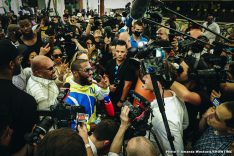 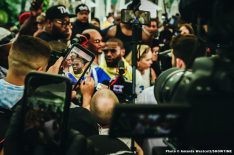 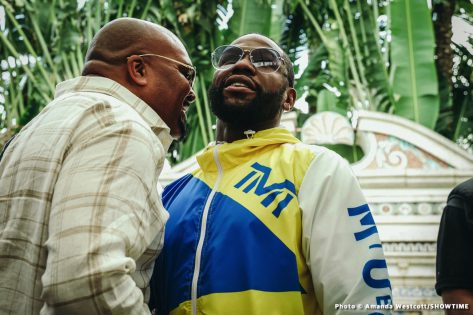 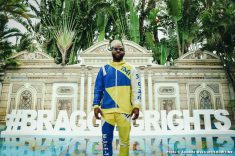 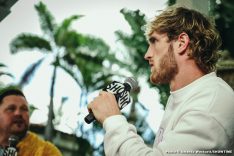 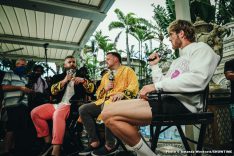 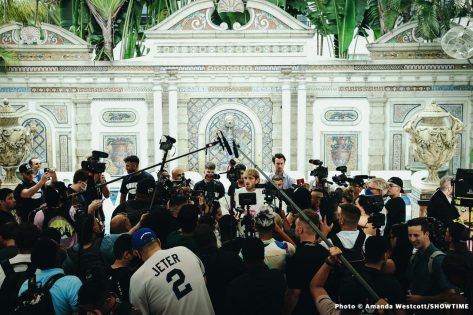 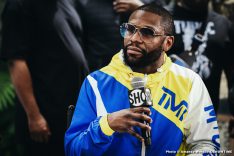 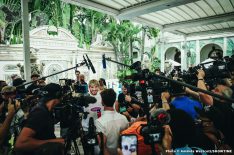 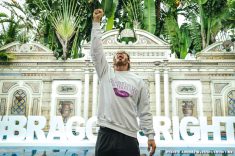 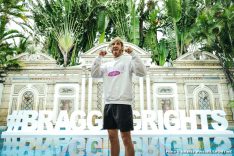 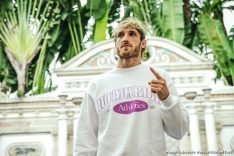