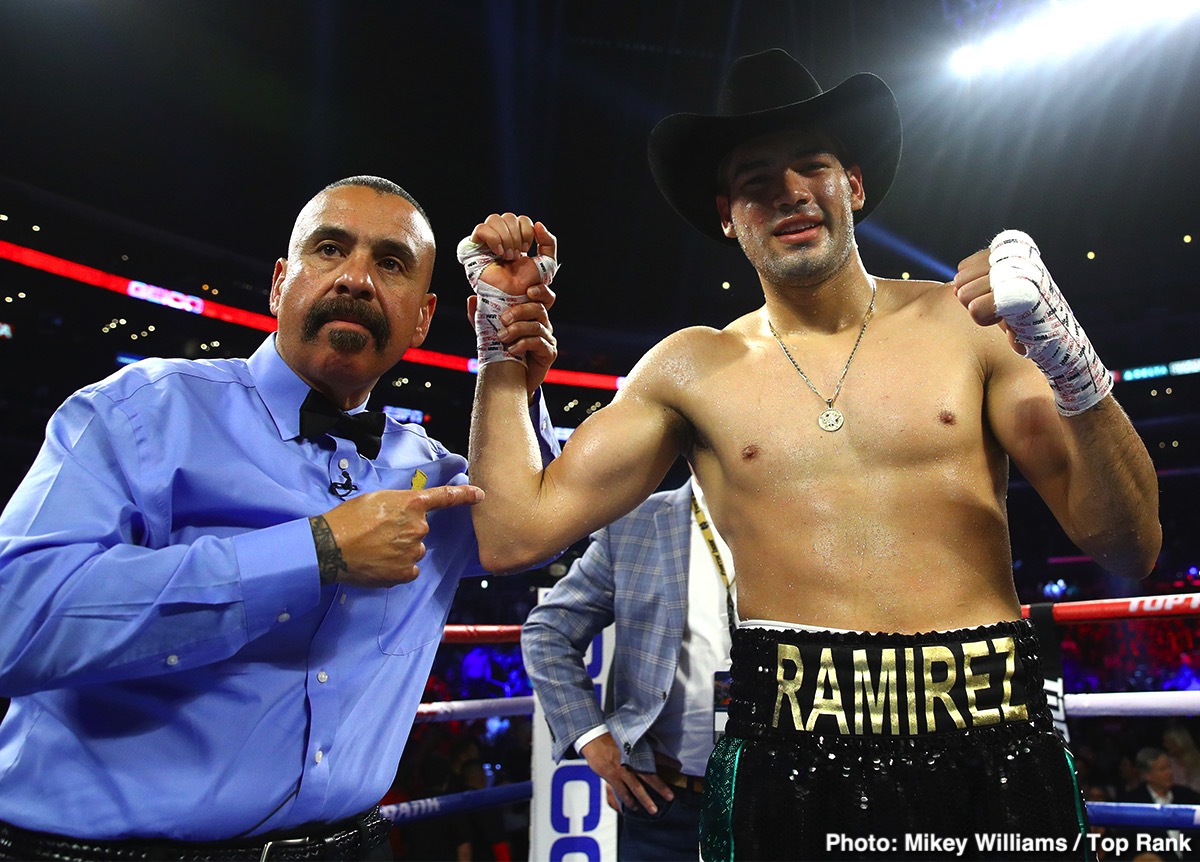 It was always thought whoever breaks Mayweather’s 50-0 record, would be someone exceptional. Gilberto doesn’t fit that category.

Ramirez is more of a blue-collar type of fighter, who has won his fights against middle-of-the-road opposition and has taken a lot of punishment along the way.

Ramirez will be going after his 42nd consecutive win next month on July 9th against #6 WBC Sullivan Barrera (22-3, 14 KOs) in the main event on DAZN at the Banc of California Stadium, in Los Angeles.

That’s a winnable fight for Ramirez, as Barrera is 39-years-old, and has lost two out of his last three fights. This should be a gimme for Ramirez.

The only name that stands out on Ramirez’s 12-year resume is Maxim Vlasov, who is a good fighter. But the rest of the guys Ramirez has beaten have been nothing special.

“The long-term plan is to get him to 52-0, get him to break the record that Floyd Mayweather holds,” said De La Hoya during a press conference for Ramirez’s next fight against 39-year-old Sullivan Barrera. 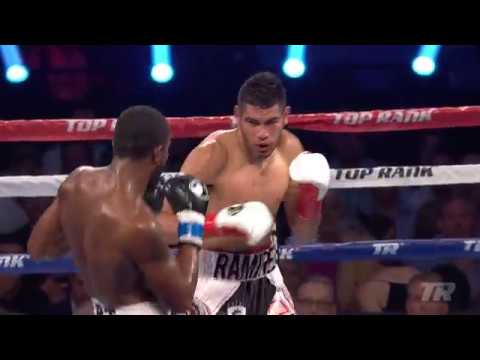 “We want to get him to that undefeated record, break that record of 50-0. Then he will break another record.

“He was the first Mexican super middleweight champion ever. Now he can be the first fighter to break Floyd Mayweather’s record,” said De La Hoya.

The criticism that Gilberto Ramirez has from boxing fans is that he’s coasted through his 12-year professional career without ever fighting an elite-level fighter. Sure, Ramirez has won many fights, but his opposition less spectacular.

Ramirez will have a tough time breaking record

It’s going to be difficult for Ramirez to surpass Mayweather’s record if he winds up challenging for a world title in his next 10 fights against WBA light heavyweight champion Dmitry Bivol or IBF/WBC champion Artur Beterbiev.

Those two would be very difficult opponents for Ramirez, given his tendency to go to war during his fights.

If the WBA belt falls vacant, Ramirez will have a shot at getting it if he can beat Joshua Buatsi or interim WBA champion Robin Krasniqi.

Golden Boy Promotions recently signed the 29-year-old ‘Zurdo’ Ramirez, and De La Hoya wants to try and turn him into a star.