By Dan Ambrose: Leo Santa Cruz predictably plans on using his high punch volume to bury Gervonta ‘Tank’ Davis in their fight in two months from now on October 24 on Showtime pay-per-view.

Santa Cruz vs. Tank is taking place at the Mohegan Sun Casino in Uncasville, Connecticut. Leo sees this fight as a springboard to get him more significant contests.

Not too many boxing fans are giving Santa Cruz, 31, much of a chance of getting the win against Davis, but that won’t matter as long as he believes he can get it done.

One thing that Santa Cruz will need to keep in mind is for him to stay off the ropes because that’s an area where Tank scores a lot of knockouts. When his opponents back up against the ropes, Tank traps them and unloads with his heavy artillery to knock them out.

“We’re going to fight for 130 and 135 WBA. It’s going to be an exciting fight. I don’t have anything against Gervonta Davis. He’s great and excellent and everything. 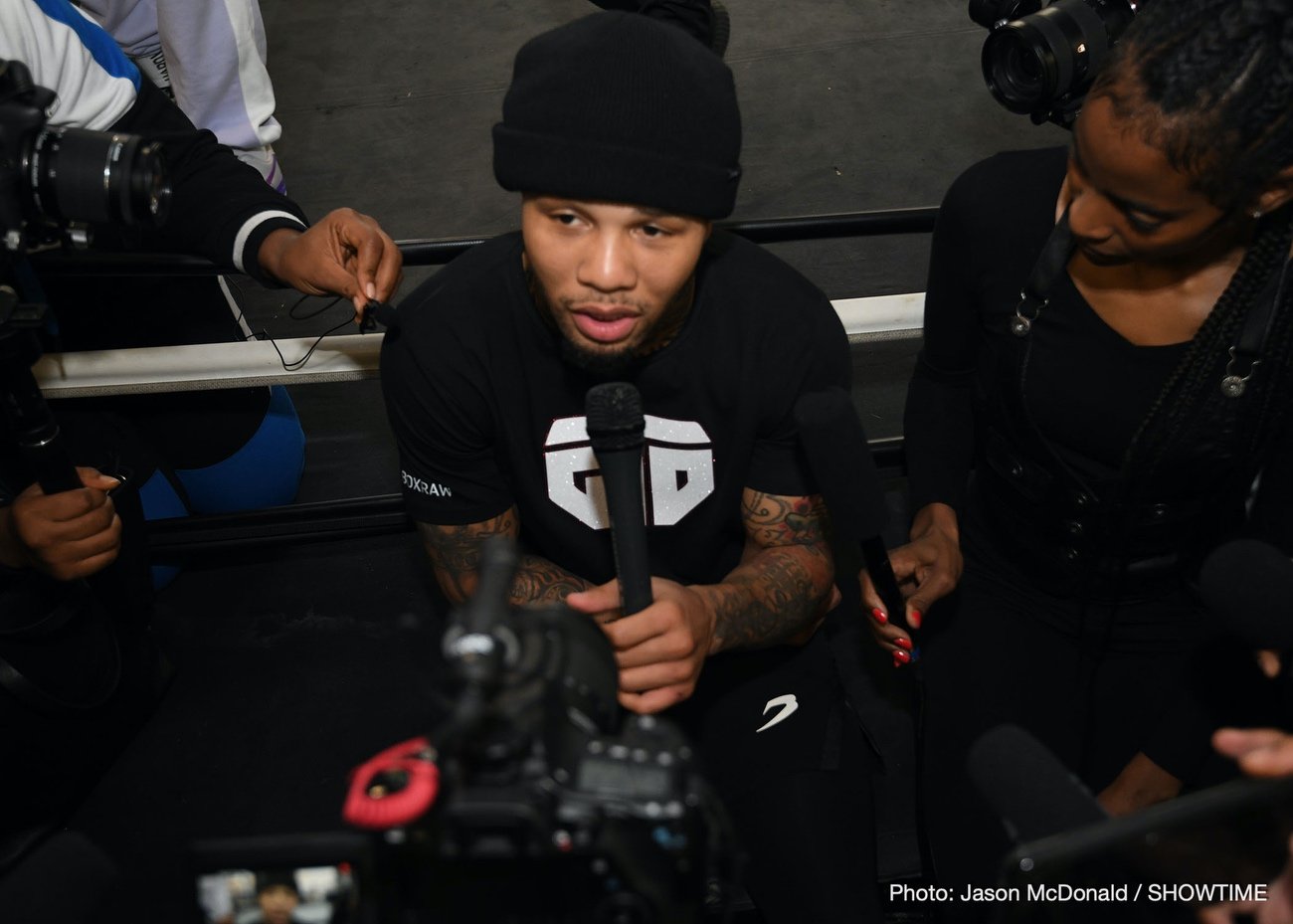 “I want to fight the best. Gervonta Davis is one of the best ones right now. He’s an upcoming fighter that’s great, and he’s become a two-division world champion,” said Santa Cruz.

Leo says he likes to fight the best, but at 126, he failed to do so when he was being called out by WBC champ Gary Russell Jr. That was a fight that was offered to Santa Cruz continually, and he wouldn’t take it. That left the impression with boxing fans that Santa Cruz was ducking Russell.

Santa Cruz did fight some popular guys like Abner Mares and Carl Frampton at 126, but other than those two, most of them were far less talented than Russell.

“If I beat him, it’s going to put me at the next level, and it’s going to maybe put me on the pound-for-pounds best. That’s what I’m hoping for, and that’s what I’ve been training my whole life to get this fight.

A win for Santa Cruz over Tank would be huge for his career, and it could lead to bigger fights if he wants them at 135. The winner of the Santa Cruz-Davis fight will hold the WBA 130 and 135-pound titles.

Leo: I can beat him

“Yeah, this fight is crucial because my dad wanted it,” continued Santa Cruz. “He’s been asking for this fight for a while ago already. For him to be here with me to get me ready for this fight, it’s going to be big.

It’s going to be hard for Santa Cruz to avoid getting hit by Tank because he’s fast on his feet, and he’s going to be looking to nail him with shots.

As far as game plans go, Santa Cruz would be better off if he boxed Tank rather than slugging it out. Santa Cruz just moved up to super featherweight last November in beating Miguel Flores by a 12 round decision. Santa Cruz did not affect Flores, and it turned out to be a harder fight for him than he expected.

“If I use my experience and my distance, I can beat him. Bigger fights come after this. The message that I can give the fans is it’s going to be a great fight. It’s going to be explosive,” said Leo.

This comment from Leo about him wanting to use distance to beat Gervonta suggests that he’s not going to put pressure on him, as he said during the interview. Santa Cruz likely realizes that his only chance of beating Davis is to box him and keep it long to avoid getting hit with his big shots.

There aren’t too many fighters that can stand up to Gervonta’s shots to go the distance against him. But if Leo is one of them, it’ll be due to his boxing ability.

“He’s a strong fighter. He has a lot of skills,” said Santa Cruz on Tank Davis. “He moves, and he has an awkward style that is hard to catch him, but my style is a fighter that comes forward and putting pressure, throwing a lot of punches,” said Santa Cruz. 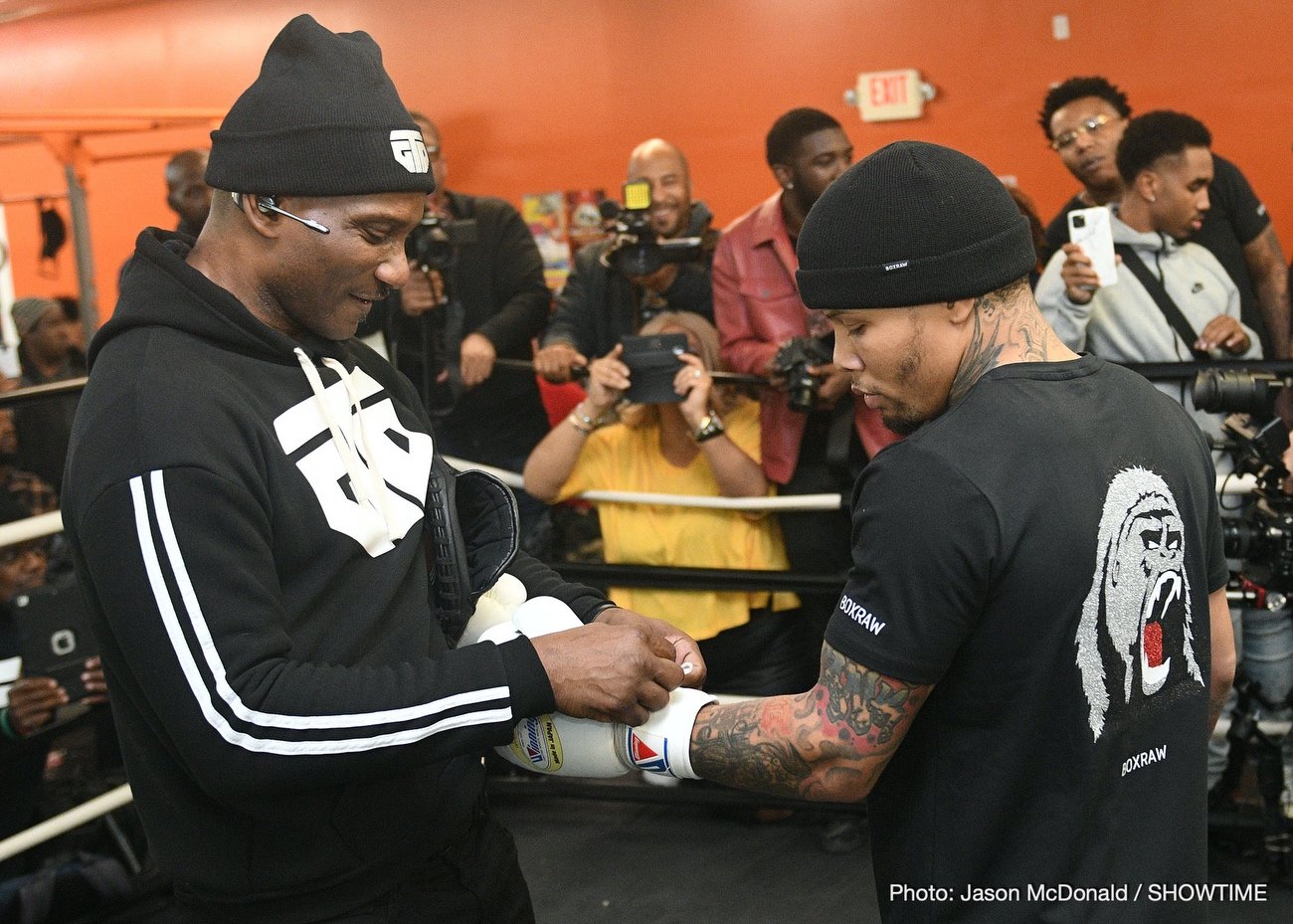 Putting pressure on Tank would seem like a lousy idea that could lead to serious trouble for him. The last thing that a non-puncher like Santa Cruz should be doing is going right at Tank Daivs to beat him.

“I don’t think he’s going to like that. He’s going to feel my pressure, me being on top of him all the time. And it’s going to be a great fight., I’m going to be smart, and I think I can beat him,” said Santa Cruz.

We’ve never seen Davis fight an opponent that can throw as many punches as Santa Cruz can, there is an element of unknown there. Also, Davis might be dead at the weight from draining down from the 150s to face him at 130. By the time Tank steps inside the ring, he might be worn out from making weight.