Anthony Joshua vs. Kubrat Pulev to fight in December with fans or without 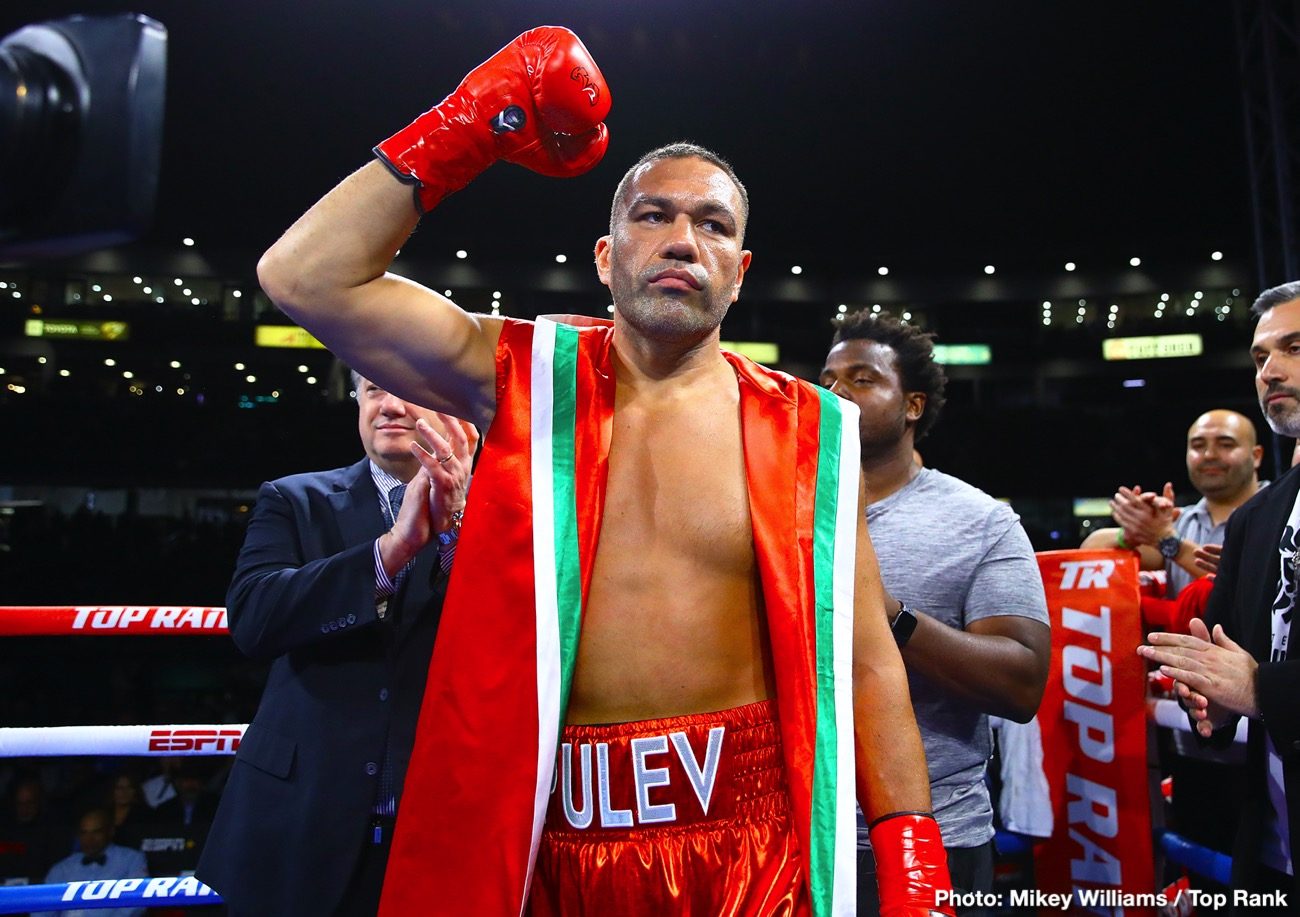 By Charles Brun: Anthony Joshua will be defending against his IBF mandatory Kubrat Pulev by December 5th, hopefully with fans but most likely without them.

IBF/WBA/WBO heavyweight champion Joshua’s promoter Eddie Hearn is counting on fans being allowed back into sporting events in the UK by December, which is the reasoning for pushing the contest back that far into the year.

Hearn doesn’t want to push Joshua’s fight into 2021 because he’ll have been out of the ring for precisely 12 months by December, and he’s hurting his career by sitting out all this time.

Don’t be surprised if Joshua-Pulev is moved to 2021

Usually, Joshua fights two times a year in fights that bring in a lot of money to him and Matchroom Boxing.  In 2020, AJ will fight only once, and that’s if he does defend against Pulev in December, as Hearn says. If not, then the whole year will have been wasted.

The likely only way Joshua won’t fight in December is if Hearn believes that there’s a chance that crowds of 100% capacity will return in early 2021. With only a month or two separating Joshua from his proposed December fight date, Hearn will probably kick the Pulev (28-1, 14 KOs) into 2021 to take advantage of crowds being let back in.

“Bearing in mind he’s only going to fight once this year, I just feel as we might as well give ourselves every chance to have a crowd and that will be the first weekend of December,” said Hearn to ESPN.com.

“But it’s still not a gimme at all. There’s still a very strong chance that AJ will have to fight behind closed doors.”

It sounds unrealistic Joshua, 30, fighting in front of any crowd in December, seeing that’s when a second wave of the virus is expected to strike. The UK government will likely not be agreeable to letting fans attend events under those circumstances.

If only limited sized crowds of say 2,000 fans are allowed back into sporting events by December time, then people need to expect the tickets for the Joshua-Pulev fight to be expensive.

Tickets could be costly

Hearn has already talked about that. If he raises the cost of the tickets through the roof, then the gate could still bring in a lot of money. For example, if the standard price of a ticket for a Joshua fight is $1,630.

If Hearn raises the cost five times that amount, fans will pay over $8000+ per ticket, and the gate would still bring in a reasonable amount of revenue. Would Eddie choose to raise Joshua vs. Pulev tickets that fight? Under these circumstances, I wouldn’t put it past him to do that.

Hearn wouldn’t likely raise the cost of tickets by that amount, but boxing fans do need to prepare themselves to pay extra if only a limited amount of tickets are available for Joshua-Pulev.

Once tickets are priced at a point where the ordinary fans can’t afford them, then only the wealthy or the most devoted of Joshua’s followers will be able to purchase them.

It would be interesting if Joshua’s ticket prices are increased to $5,000 for the Pulev fight. If the tickets do go that high, we’re going to see a different type of fan attending than usual. You can argue that it would mostly be fans from the upper crust of society that could afford that amount to see Joshua fight.