By Matt Lieberman: Matchroom is waiting for Canelo Alvarez to make his selection of their four candidates for his September 12th fight. Eddie Hearn of Matchroom is dead certain that Canelo’s #1 choice is WBA Super World 168lb champion, Callum Smith.

American boxing fans don’t rate Callum as #1 as the Brits do, and they don’t care that he’s the Ring Magazine champ. They see the best 168lb fighter as one of these three:

Callum’s last performance against John Ryder showed that he’s not as good as people think he is, and he’s not deserving of the #1 spot at 168. Ryder lost a controversial 12 round decision to Callum last November, and the boxing world viewed it as a robbery.

From that point on, Callum lost his #1 spot at 168 and is now viewed as an easy mark for Canelo, Benavidez, and Plant. In Great Britain, they still see Callum as #1 in the world at 168, but that’s the only place.

“I know much less than Eric Gomez,” said Hearn to Boxing Social on whether Canelo will fight one of his Matchroom fighters. “I’m just waiting for a call or correspondence to let us know if any of our guys have got the fight [with Alvarez].

“Callum Smith has been training for September 12th, as is John Ryder, as is [Dmitry] Bivol or [Demetrius] Andrade or any of the other names. But we have to really say that September 12th is dead [for Canelo].” 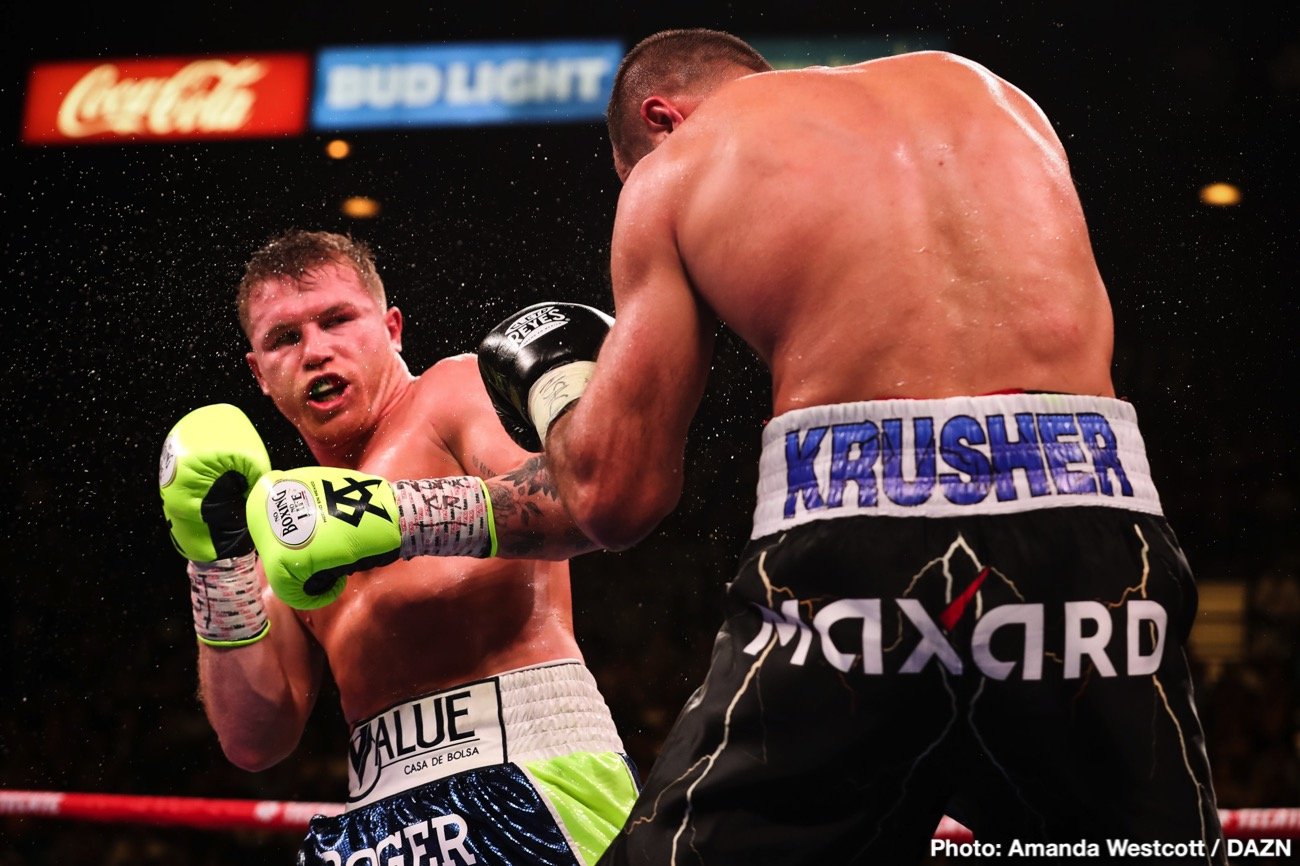 It seems rather pointless for fighters like Bivol and Andrade to train, hoping they’ll get picked by Canelo. Neither of them has much of a shot at getting selected due to their styles, and the toughness that they would bring. To predict who Canelo will select, you only need to look in the past.

In some of Canelo’s fights in the last five years, he’s fought Sergey Kovalev, Rocky Fielding, Julio Cesar Chavez Jr, Amir Khan, and James Kirkland. Those were all gimmes.

“It’s difficult because Callum is calling me saying, “I don’t want to be training like I am if September 12th isn’t happening.’ Of course, there’s no confirmation of that, and it’s really not my business,” said Hearn.

“I’m asking people at DAZN, but I think my general feeling is unlikely now, but when will that be? You don’t want to taper off too much in training, and then they [Golden Boy Promotions] come back and say, ‘We’re going on the 22nd.’

“And difficult as it is, I think fighters can say to themselves as well that it’s not happening, but maybe the 19th or 25th [of September] will, you know? It’s not my business,” said Hearn.

Anything is possible with Golden Boy and Canelo. The only reason that this writer can imagine why Canelo is waiting is perhaps the news on DAZN wanting him to take a pay-cut for his next fight. If that issue hasn’t been ironed out, then it explains why Alvarez hasn’t made his choice.

“I might have a fighter in the fire, and I hope I do, and our guys are ready,” Eddie said.”But as I’ve said before, it would be an honor for one of our guys to get another shot at Canelo Alvarez, but it’s really difficult at the moment, and I really feel for Golden Boy because we’re in the same boat as a lot of our fighters where it’s not easy.” 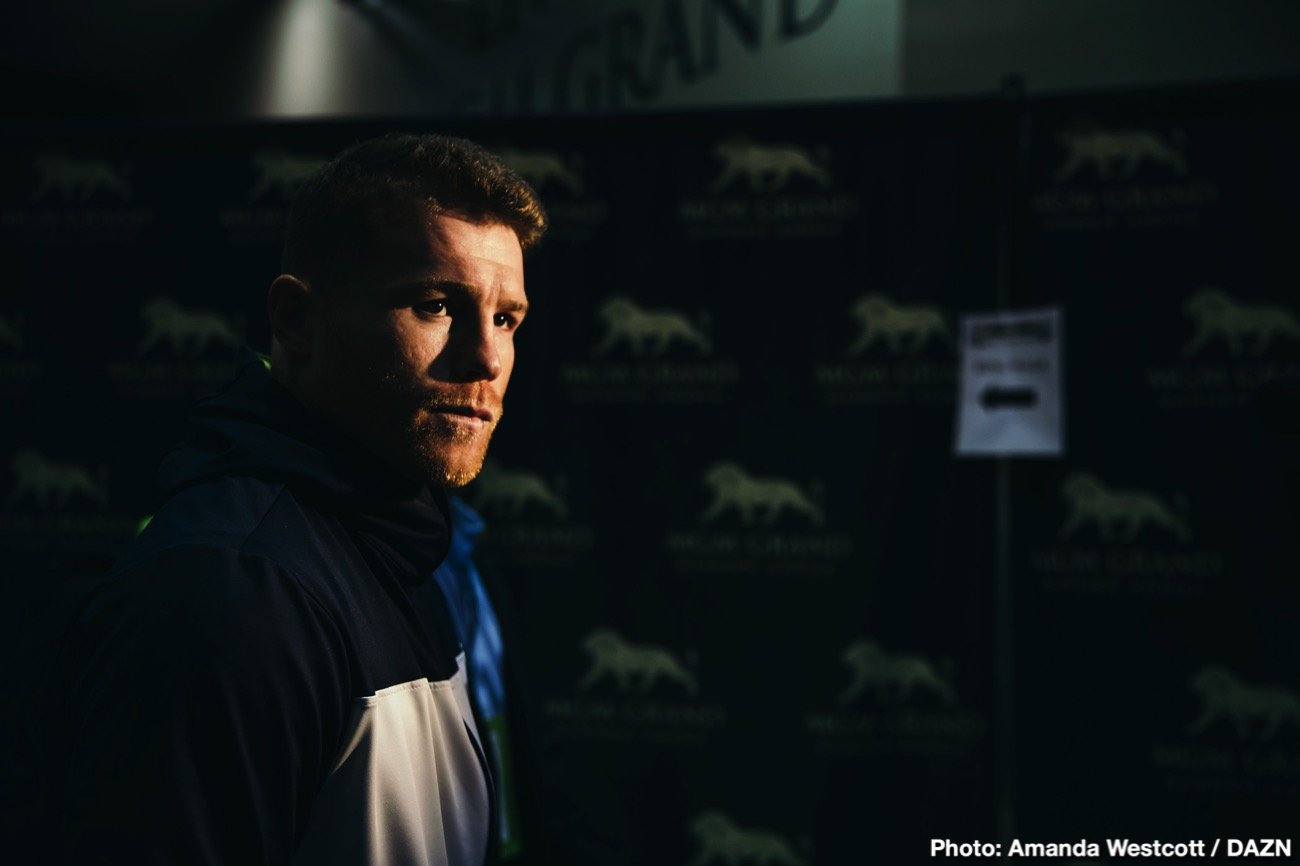 It’s believable that Canelo and Golden Boy are intentionally delaying their pick for September 12th so that they can take advantage of one of Hearn’s fighters easing off on their training.

They all know they need to stay in shape while they wait, and they’re all young enough to step into the ring at a moments’ notice to face Canelo.

“It’s not easy to get a fighter like Canelo out right now without them being understanding of the situation and taking a little bit of a bath on their purse,” said Hearn.

The hardest thing for Canelo’s potential next opponent to deal with is the payday not being as good as they thought it would be. When you hear about Kovalev and Danny Jacobs receiving $10+ million to face Canelo, it doesn’t sit right if you’re only being offered $5 million, for example.

“Again, I wouldn’t know,” said Hearn when asked if Golden Boy is intentionally keeping him in the dark until the last moment in order to have Canelo to have the upper hand against an out of shape opponent,” said Hearn.

Eddie can’t know whether Canelo or Golden Boy is attempting to delay making their pick to ensure that one of his fighters aren’t in shape. If Canelo needs an edge like that for him to win, then he’s not going to stay on top for too much longer.

“I don’t think they’ve done a deal with anyone yet so far, but I’m almost certain that Canelo’s first choice is Callum Smith of the people available,” Hearn said. “It would make him the legitimate #1 168-pounder if he beat him.” 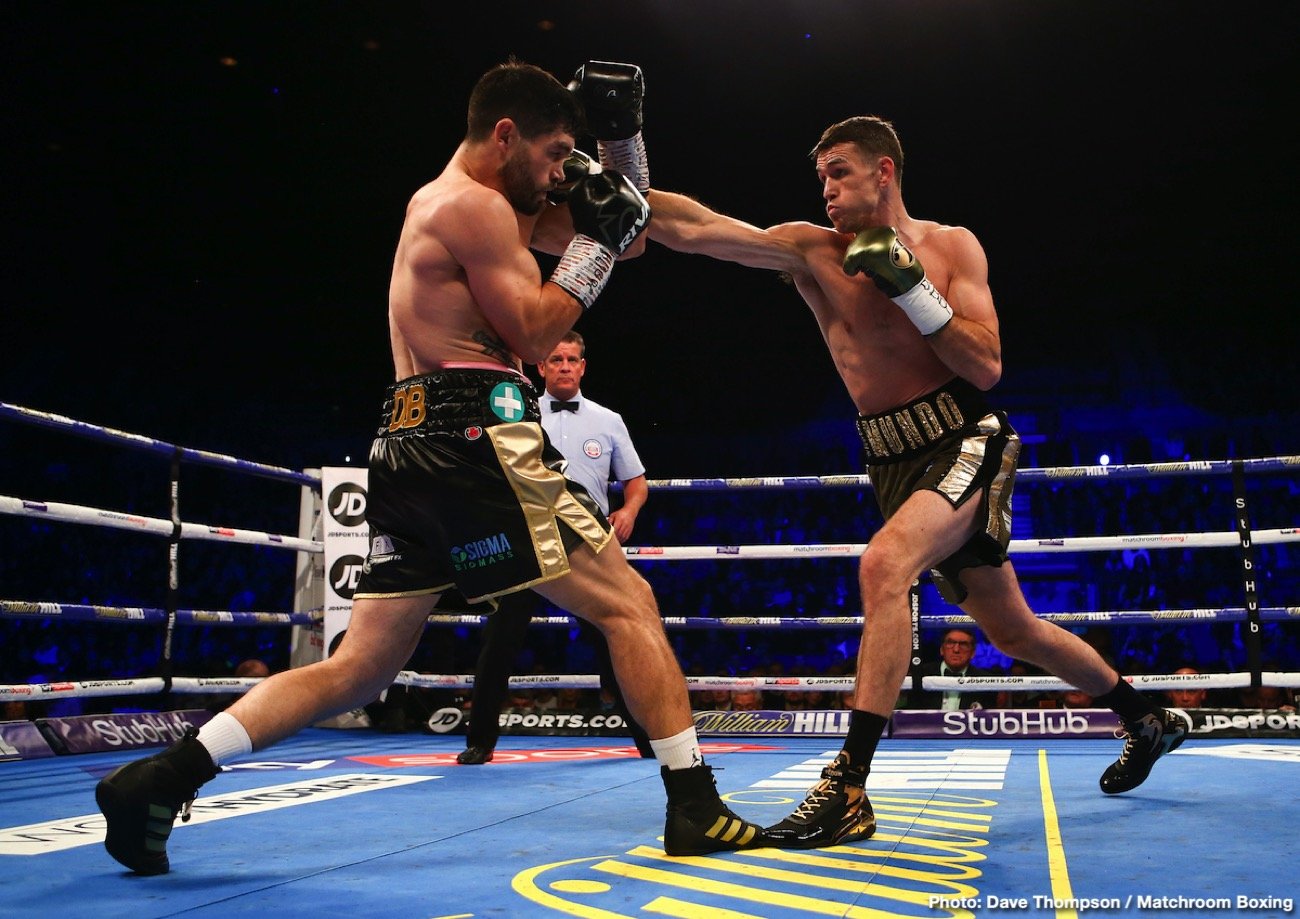 Callum might not be the first choice for Canelo because if this is about money, then he can get far cheaper. If Canelo picks Ryder, Tureano Johnson, Jason Quigley, or Willie Monroe, he’ll get a more affordable opponent.

“He’s the WBA Super Champion. So, of course, he’s going to be expensive, but there’s no way around that,” said Hearn.

Eddie is hoping he’s right about Canelo valuing a fight against Callum because of his WBA belt and Ring Magazine title, but that’s superficial stuff. Those might as well be trinkets as far as the casual boxing fans go.

The bitter truth is, Callum is a no-name in America, and the casual fans won’t care that he holds the WBA or Ring title. All they care about is for Canelo to face opposition they’ve heard of, and are interested in seeing. That’s why they want to see Canelo fight Gennady Golovkin again because they know who he is.

Canelo will pick from Callum, Andrade, Bivol, and Ryder

“I would think that’s a silly question, but obviously, the purses are very different for Callum Smith and Willie Monroe,” said Hearn. “And I don’t know where the Willie Monroe stuff has come from.

“I can’t see where there’s even a conversation about that fight unless I’m missing something. For me, it has to come from Callum Smith, John Ryder is very credible, and there’s obviously less money than Callum Smith.”

Monroe is the one that mentioned himself as a potential option for Canelo, but no one is taking that seriously. Willie has nothing to offer for Canelo, and it would be a bad move if he selects him.

“Demetrius Andrade, Bivol if he wants to stay at 175 and try and win another world title. These are all fantastic fights, but again, it’s the challenges that we’re faced with,” said Hearn.

As I was saying, Andrae and Bivol have next to no chance of getting picked by Canelo. Although Canelo is a great fighter, he’s not exactly daring when it comes to picking his opposition.

“It’s not just as easy any more than saying, ‘Yeah, you, how much do you want?’ Oh, a little negotiation, boom, signed. It’s working out the finances and now realizing that it will be behind closed doors.

“I think back in June or July, people were going, ‘Yeah, September or October, it’ll be,” said Hearn. “American is Wild. You look at the numbers out there. Over here, we’re still trying to get people in arenas in October. But there, it’s just wild,” said Hearn.