Spence vs. Garcia: Should Errol take a tune-up before facing Danny?

By Allan Fox: IBF/WBC welterweight champion Errol ‘The Truth’ Spence Jr. plans on defending his titles against Danny Garcia this September in what is anticipated to be a pay-per-view fight. Spence (26-0, 21 KOs) has decided to take the battle with still dangerous former 2-division world champion Garcia (36-2, 21 KOs) in what will be a one-year layoff.

Spence may live to regret taking the fight with the powerful counter-puncher Garcia, owning to the power that the former champion still has.

Garcia isn’t an A-level fighter at 147, but he still packs a lot of power in both hands. If there’s something not right with Spence neurologically after his car crash, Garcia is someone that can take advantage of that.

Danny ‘Swift’ appears to be a bigger puncher than WBO welterweight champion Terence Crawford, who many boxing fans rave about in admiring his talent. Crawford doesn’t punch like Garcia. He’s a better boxer than Garcia, but he doesn’t hit like him.

Garcia would be a tough fight for Spence even under the best of circumstances, but he’s not the type of fighter that you want to face after 12 months of inactivity. Danny recently fought four months ago in beating Ivan Redkach by a one-sided 12 round unanimous decision on January 25. 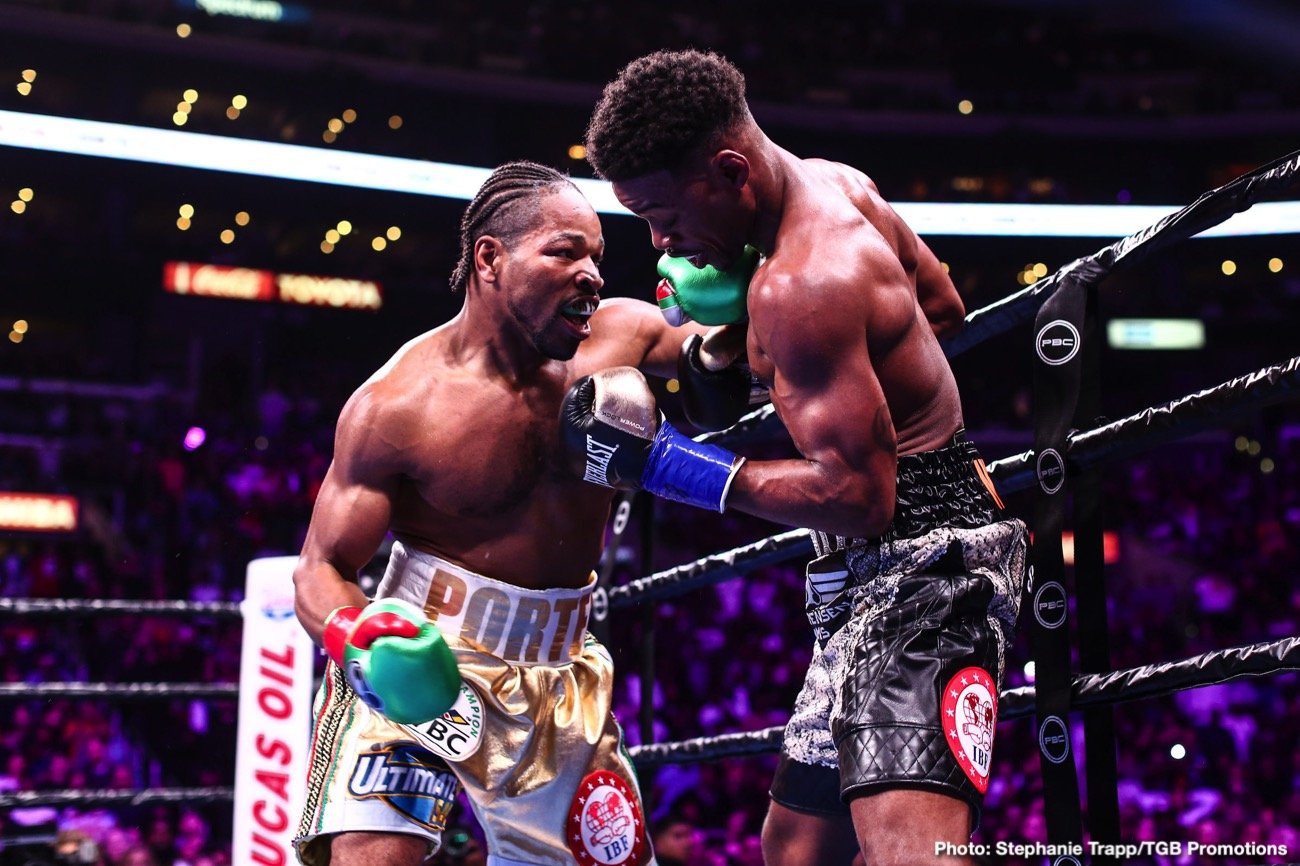 Like Spence, Garcia will be dealing with inactivity as well when they meet up in September, but it won’t be quite as bad. It’ll be eight months of inactivity for Garcia vs. twelve for Spence. Garcia typically takes six to eight months in between fights, so this is normal for him.

The last time Spence, 30, fought was in September of 2019 in his hard-fought victory over WBC champ Shawn Porter at the Staples Center in Los Angeles, California.

A month later, Spence was involved in a brutal car crash early in the morning on October 10 in Dallas, Texas, which saw him ejected from his Ferrari 488 Spider and thrown to the pavement.

The car crash resulted in Spence being hospitalized for six days in an ICU in Dallas. Spence as later charged with a DWI. After the collision, Spence said this on his Instagram: “No broken bones I’m a savage!!”

The Porter fight was a tough one for Errol

We don’t know how Spence is going to react in being in what could be a hard fight against Danny. Additionally, Spence is already coming off of a difficult encounter with Porter. In that fight, Spence thought it would be a good idea for him to brawl with Porter to show the boxing world that he could beat him at his own game.

It worked for Spence, but it came at a considerable cost with him taking a lot of unnecessary shots. Also, it was a narrow 12 round split decision, which was close enough for Porter to say that he felt that he should have been given the decision afterward.

After the match, Spence says he could have boxed Porter and made it easy, but he wanted to fight his style. Spence should have because hiss stock went down in the eyes of a lot of boxing fans, who now view him below Terence Crawford.

With the problems that Spence had against Porter, it would be a good idea for him to take a tune-up fight before facing a talented fighter like Garcia. Going straight into the Garcia fight off the back of a car crash, 12 months of inactivity, and a grueling clash against Porter isn’t the smartest move Spence could make.

Assuming Spence does beat Garcia and look sharp in doing so, it’ll set-up a unification fight against Crawford in early 2021. That fight would also depend on the situation with the pandemic. Neither of those matches will likely take place if crowds aren’t allowed to attend matches in the U.S.