By Aragon Garcia: Unbeaten Vergil Ortiz Jr. (15-0, 15 KOs) wants to take on IBF/WBC welterweight champion Errol ‘The Truth’ Spence Jr. (26-0, 21 KOs) in less than two years. With Ortiz Jr. being speedily pushed up the rankings, he’s on a crash course with Spence that is unavoidable.

The coronavirus has Spence Jr. and Ortiz Jr. out of action right now, but once the sport starts up again these two will face each other at some point as long as Errol is still cogent following his car crash from last October.

Ortiz needs a good step up opponent to get him ready for what he’ll be dealing with when he faces Spence in the future. In Ortiz’s last five fights, he’s beaten these fighters:

Vergil says it’s important for him to face Spence while he’s still in his prime since he doesn’t want to fight him when he’s past his best and he won’t get credit from fans for beating him.

Ortiz Jr. turned 22 on March 25, and he’s 8-years younger than the 30-year-old Spence. It’s crucial that Ortiz take the fight with Spence soon because he could already be past his best after his fight with Shawn Porter last September, and his subsequent car crash.

“My favorite knockout was against Mauricio Herrera,” said Ortiz Jr. to DAZN USA. “I thought it was going to go the distance but it came naturally. My favorite boxer growing up was Oscar De La Hoya. I used to stay up and watch him. I pretty much watched all of his fights. It’s hard to imagine fighting a prime Oscar De La Hoya would be.

“I think my biggest weakness is I don’t know when to stop. When I was 15, I fought with a torn shoulder. I couldn’t even lift it up and I won. And I think I’ll be ready for Errol Spence in less than two years, honestly. I don’t want to wait too long to where he’s already on his way out. I want to say that I beat Errol in his prime, and hopefully, we get it on in the Dallas Cowboys Stadium,” said Ortiz Jr. 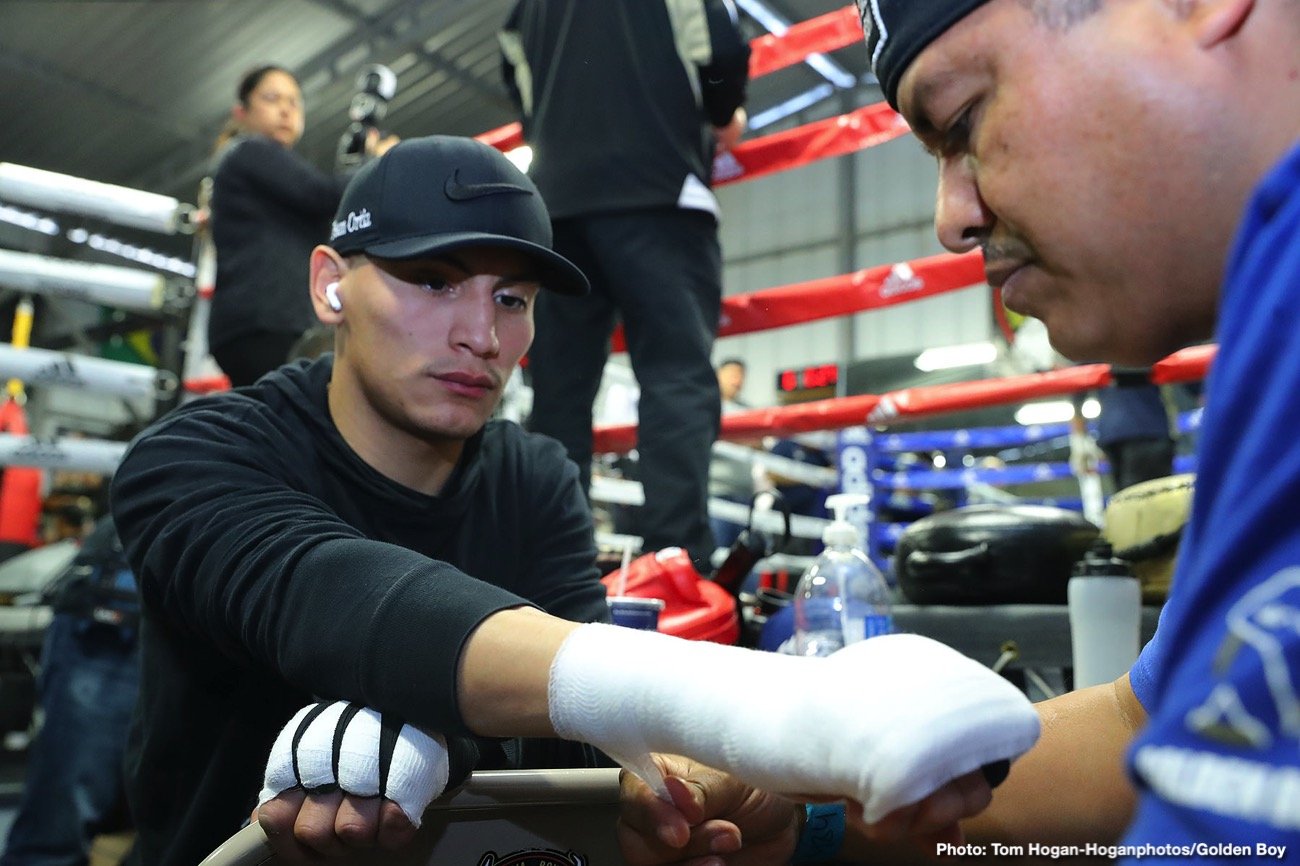 With Ortiz’s heavy hands, he could be ready to fight Spence right away without needing to wait almost 2 years. The power and the pressure that Ortiz likes to put on his opponents would be a big problem for Spence, who likes to slug.

Ortiz was recently scheduled to fight Samuel Vargas (31-2, 14 KOs) on March 28 on DAZN at the Forum in Inglewood, California. Unfortunately, the coronavirus wiped out te fight causing it to be postponed. Ortiz’s promoters at Golden Boy Promotions haven’t yet rescheduled the Vargas fight. The WBA Gold welterweight title would have been on the line for that fight

It’s been too easy for Ortiz in his last handful of fights, and that’s a clear example that he needs to progress to the next level. Vargas wouldn’t have done much for Ortiz, and it might be a good idea for Golden Boy to forget about him.  Ortiz needs to fight some of these talented welterweights to get him ready for Spence:

Ortiz Jr. might be too risky for Golden Boy Promotions to get any of those fighters to face him though. Thurman, Porter, Garcia, and Ugas should be willing to take on a young fighter like Ortiz, but they probably wouldn’t do it.

« Povetkin having difficulties with training for Whyte fight