Povetkin having difficulties with training for Whyte fight

By Kenneth Friedman: Alexander Povetkin is having problems with having his previously scheduled sparring partners arrive at his training camp in Sochi, Russia to help him prepare for his fight against Dillian Whyte.

Povetkin (35-2-1, 24 KOs) is needing to use Russian heavyweights as a replacement for sparring partners that couldn’t make it, according to Fightnews. It’s got to be tough for Povetkin to try and train for a fight that has a high probability of being postponed.

Whyte (27-1, 18 KOs) and Povetkin are scheduled to fight in a little over a month from now on May 2 at the Manchester Arena in Manchester, England. However, the fight could be postponed, says Whyte’s promoter Eddie Hearn of Matchroom Boxing. He’s already talking about moving the fight back.

Whyte, 31, is taking this risky fight against former WBA heavyweight champion Povetkin despite being the WBC mandatory to champion Tyson Fury. A loss for Whyte would spoil his plans for a fight against the winner of the Fury vs. Deontay Wilder 3 trilogy. That fight is now being postponed until October.

What makes it important that Whyte taking dangerous fights against the likes of Povetkin is he’s now a pay-per-view fighter in the UK in fighting on Sky Sports Box Office. This means there’s pressure on Whyte to fight quality opposition in order to bring in the pay-per-view buys on Sky Box Office.

Whyte can’t do that if he’s going to be fighting 2nd tier opposition. He’s got to fight well known top contenders while he waits for his title shot in 2021.

Unfortunately for Whyte, there’s a good chance that his fight against the WBC champion will get pushed back in 2021, seeing that the postponement of the Fury vs. Wilder trilogy match could throw off his fight.

Once that fight happens, the winner of that match will undoubtedly want to face IBF/WBA/WBO heavyweight champion Anthony Joshua in a fight for the undisputed championship. The WBC isn’t going to get in the way of that fight taking place by insisting that the Fury-Wilder winner face Whyte first. 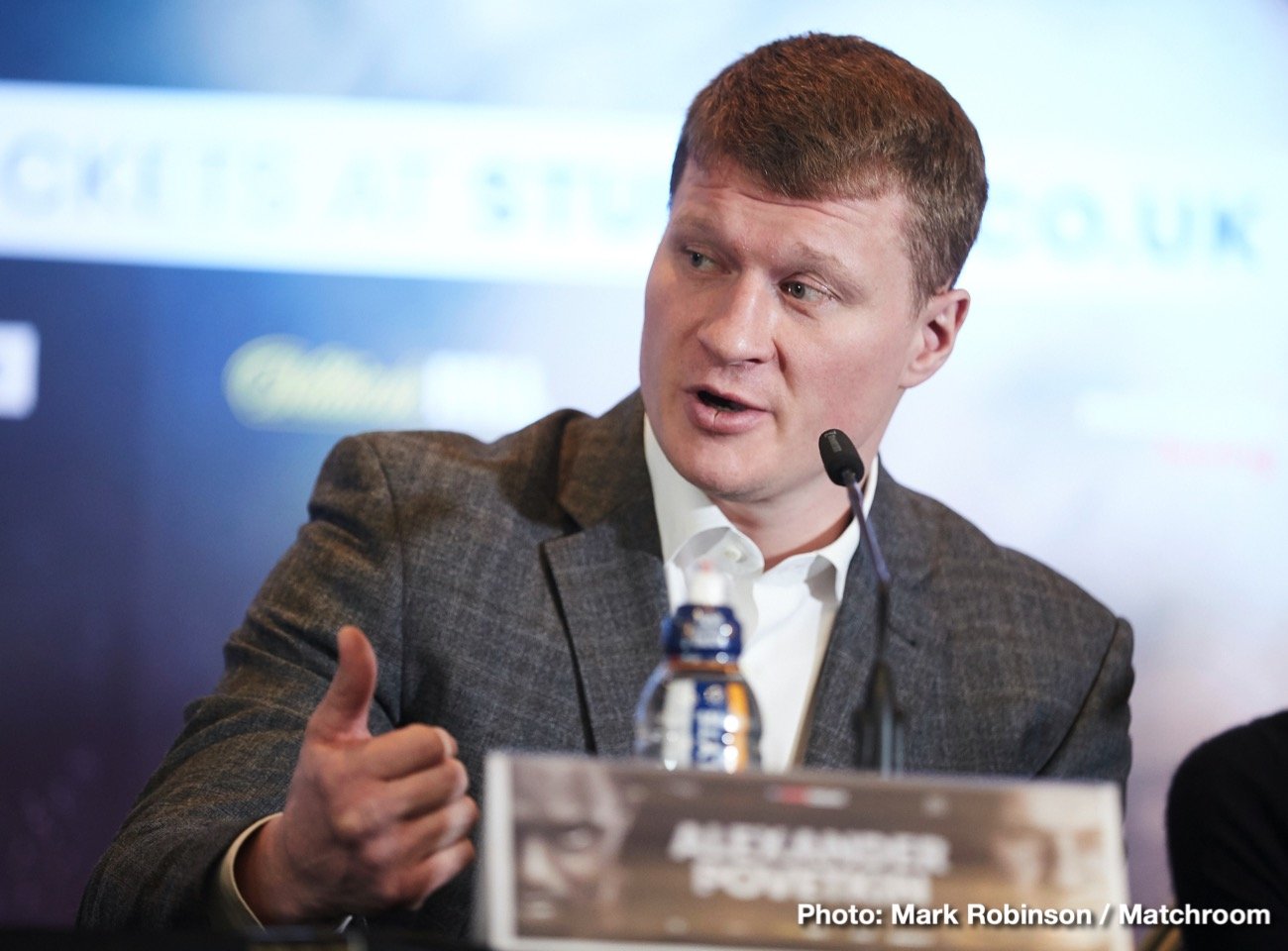 “Yes, it’s ridiculous, considering he lost the first fight,” Whyte said to skysports.com. “I think Tyson Fury is better than him in every department. Now you know why the coward [Wilder] ran away from me for so long.

“I was his No 1 challenger since 2017, yet he never wanted to fight me and ducked and swerved my rightful shot for 900 days, pathetically hiding behind the WBC and begging them to allow him to fight anyone but me. I would have destroyed him and he knows it.”

It’s a complicated situation with Wilder as far as why he didn’t fight Whyte. For one, Whyte wasted valuable time by failing to fight Luis Ortiz in a WBC ordered title eliminator. Secondly, Wilder wanted to fight Joshua, and Matchroom promoter Eddie Hearn seemed to have other ideas. He offering Wilder the Whyte fight, which isn’t the one that he wanted. When Wilder asked for more than what Hearn was willing to give for him to defend against Whyte, it failed to happen.

Again, Whyte could have helped himself if he’d taken the title eliminator in 2018 when the WBC ordered him to fight Ortiz, but he had other ideas in taking on Dereck Chisora. That fight made Whyte good money from Sky Box Office, and it’s no surprise that he took it. But by choosing that match over Ortiz, Whyte messed up his chances to become WBC mandatory. Although Whyte eventually did finally become the WBC mandatory in beating Oscar Rivas last July, it came a year later than it could have.