Canelo DEADLINE today for Saunders & Smith to accept the offer 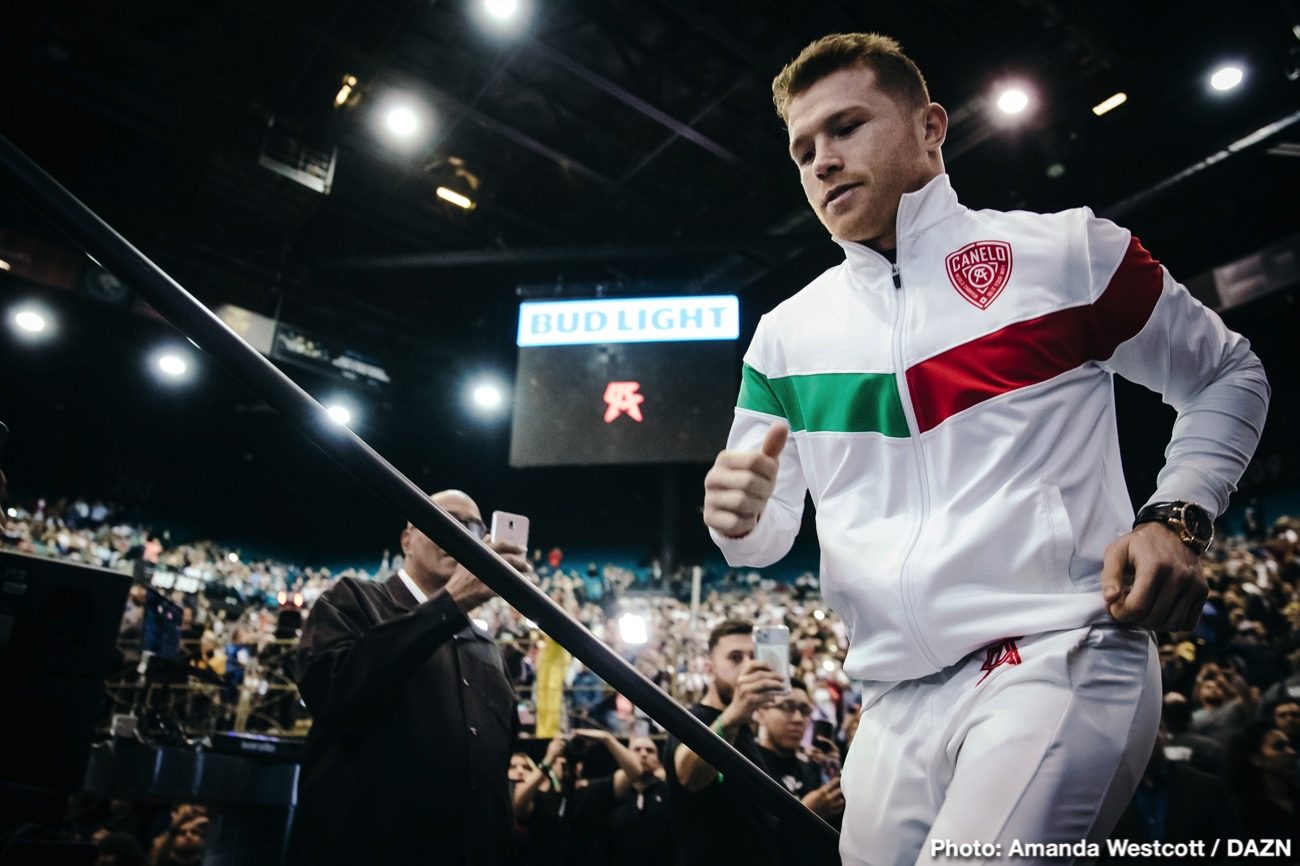 By Scott Gilfoid: Today is Golden Boy Promotions’ deadline that CEO Oscar De La Hoya set for Matchroom Sport fighters Billy Joe Saunders and Callum Smith to accept the offers they’ve been given for a mouth-watering fight against Saul Canelo Alvarez on May 2.

Saunders and Smith surprisingly turned down the offers each of them received for the once on a lifetime fight against Mexican superstar Canelo Alvarez (53-1-2, 36 KOs). According to their promoter Eddie Hearn, they want the market price for what fighters get when they face Alvarez.

Callum and Smith could lose out on Canelo fight

Without Hearn saying what the typical Canelo opponent is expected to get in facing him, we know that his last two opponents Sergey Kovalev and Daniel Jacobs both received $12 million to face him in 2019. However, those guys were household names in America.

Although the Russian Kovalev isn’t from the U.S, he’d fought in the States virtually his entire 10-year pro career. Kovalev started out fighting in the U.S after turning professional in 2009, and only on seven occasions did he fight outside of the States. Jacobs is from the U.S, so he’s a guy that American boxing fans know about.

“If you guys don’t take it, then we’re moving on to somebody else, but he will fight in May,” said De La Hoya in letting Saunders and Callum know they got to make a quick decision on Canelo offer. “Time is running out. I have until Sunday, tomorrow [Saturday] or Monday at the latest or else I’m moving on,” said De La Hoya.

As you can see, it’s now Monday, and this is De La Hoya’s deadline for Saunders and Callum to agree to the offer given to them. De La Hoya says Callum will be getting 3 to 4 times his highest purse, whatever that is. If Callum’s highest purse is $3-4 million, then he’ll be coming close to what Jacobs and Kovalev got to face Canelo. But if Hearn insists on Billy Joe and Smith getting the exact same amount of money that Kovalev and Jacobs both got for a fight against Canelo, then they’re going to have problems.

“There have been multiple offers out there, and they’re all on the table,” said De La Hoya for Canelo’s next fight. You know, it’s funny because everybody talks a big game. ‘I want Canelo’ and ‘I can beat Canelo’ That’s BS. Nobody wants to fight Canelo. They’re all afraid of him. He is the superstar of boxing, and if you fight him, you’ll make the most money,” said De La Hoya.

Oscar could be right about no one wanting to fight Alvarez. IBF super-middleweight champion Caleb Plant turned down the fight with Canelo for May 2, saying that he needs his rest. Caleb maintains that he would only get 2 weeks rest before he needs to start training camp to prepare for the May 2 fight with Canelo, and he doesn’t want that.

Saunders and Callum, not popular fighters

It’s understandable why De La Hoya might not want to pay Smith and Billy Joe the same amount as Jacobs and Kovalev. They’re both as well known as Rocky Fielding was when he fought Canelo in 2018, and that fight didn’t attract a lot of interest from U.S fans. So if DAZN isn’t expected to bring in a lot of subscribers for a fight between Canelo and Saunders or Smith, then it’s not worth it for them

Heck, Golden Boy might as well trot Fielding back out for a rematch with Canelo if they want a small viewing audience for his May 2 fight. You hate to say it, but boxing is part of the entertainment business. If you’re an unknown in the eyes of the fans, then you don’t bring much to the table.

Yeah, some fans will still tune in to see Canelo fight on May 2 if he chooses to sign Callum or Saunders, but he’s probably not going to get the casual boxing fans excited enough for them to want to subscribe to DAZN in high numbers for a fight like that.

Hearn says if Saunders and Smith don’t get the fight with Canelo, then he’ll match them against each other. He’d also like to put one of them in with Danny Jacobs.