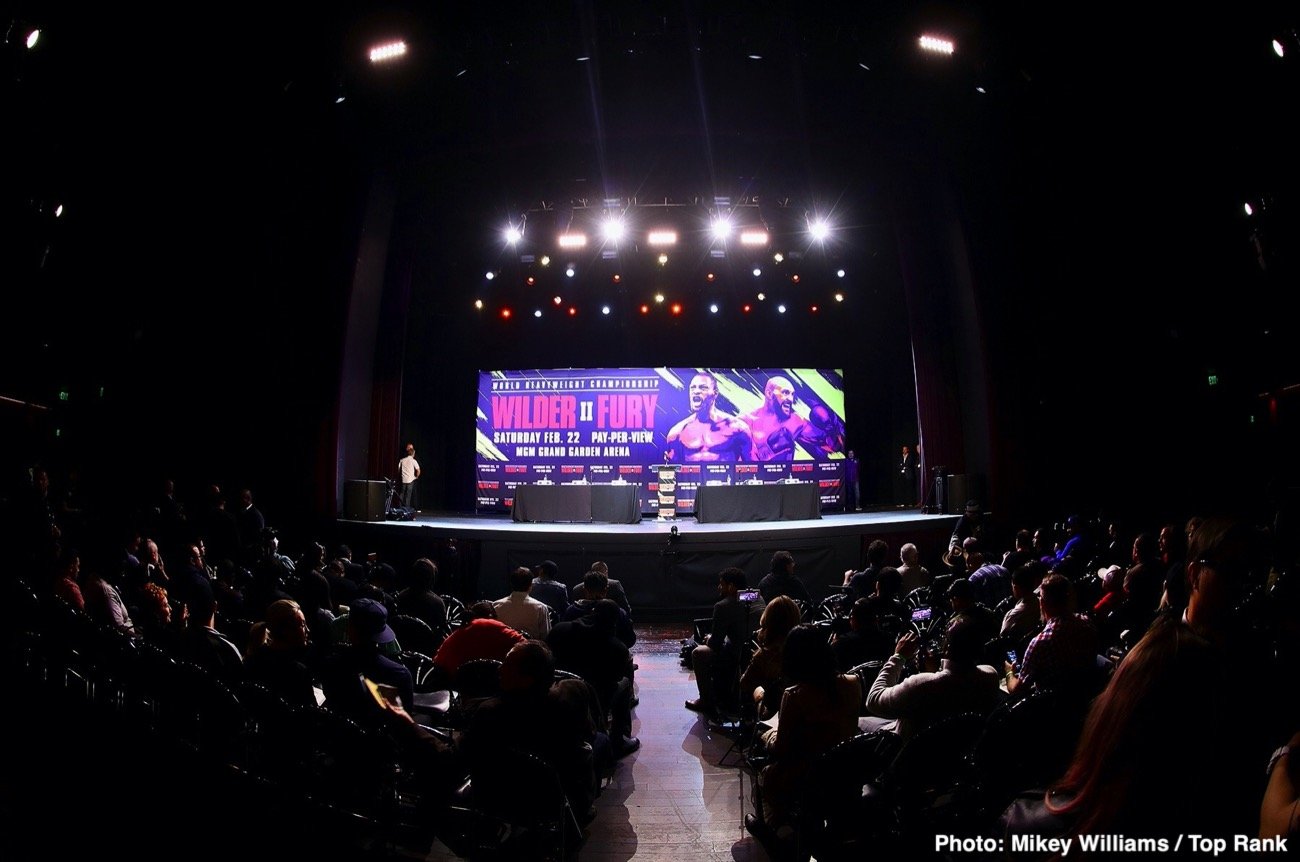 By Kenneth Frieman: Tyson Fury (29-0-1, 20 KOs) has done an admirable job of transforming his physique through a lot of hard work and wise eating in preparing for his rematch this Saturday against Deontay Wilder (42-0-1, 41 KO).

Fury says he thinks he’ll be at 270 lbs. If Fury was that heavy, he would look a lot thicker, and stronger. That’s not the case though.

He looks considerably thinner than the 256 lbs that he weighed for his first fight against Wilder two years ago.

It wouldn’t be surprising if Fury, 31, comes into the fight in the mid-240s. He looks like a track and field athlete now with his trimmed-down physique. That might help Fury in the later rounds to keep moving, and not become a stationary target for Wilder.

The last time Fury weighed in the 240s was five years ago when he pulled off an upset in beating IBF/IBO/WBA/WBO heavyweight champion Wladimir Klitschko by a 12 round unanimous decision on November 28, 2015, in Düsseldorf. Fury weighed 247 lbs for that fight.

Since Wladimir was too old and too gunshy to throw punches in that fight, we don’t know whether Fury’s weight contributed to his victory. Moreover, we don’t know if Fury would be effective at the same weight against a fighter like Wilder, who won’t be afraid to let his hands go.

Fury weighed in at 254 lbs for his fight against Otto Wallin last September, and he looked a little bit better the 256 that he weighed for the Wilder fight. Tyson was still carrying around fat on his frame, so it wasn’t a huge improvement from how he looked against Wilder. In some ways, Fury performed worse because he was getting hit more. Additionally, just like in the Wilder fight, Fury faded in the late rounds.

If Fury does come into this fight heavier at 270, he’s still going to be carrying considerably less fat than in his first fight against Deontay. Will Fury’s leaner physique help him in his punching power to try and hurt Wilder? That’s something we’re going to find out. Fury hasn’t shown the video of his workouts, and he’s clearly been keeping things secret.

What could be more important is whether Fury’s new physique will assist him in being able to absorb Wilder’s punches a little bit better than in the first fight? It’s doubtful that it will. If we’re only talking about a shift in 10 to 15 lbs in weight, it’s probably not going to increase Fury’s punch resistance.

Wilder hits so hard that he would knock out a 300 lb man with one his fight hand power shots. Fury can’t get heavy enough for it to help him absorb Wilder’s power shots any better than he did the first time around.

It’s debatable whether being heavier helps a person take headshots. It might help them when getting hit to the body, but when it comes to taking punches to the head, it shouldn’t matter.

You’ve got to like Fury’s confident attitude. He sounds like he’s been reading self-help books, and is now preaching the stuff he’s learned from them. It obviously DOES matter very much what Wilder does in the ring. This isn’t a one-way street. This is combat, and there’s going to be missiles being heaved back at Fury all night long for however long the contest lasts.

Canelo DEADLINE today for Saunders & Smith to accept the offer »