By Jeff Aronow: Former WBO heavyweight champion Shannon ‘The Cannon’ Briggs has major concerns with the gargantuan cut Tyson Fury suffered five months ago over his right eye in his last fight against Otto Wallin, and he thinks that cut could pop open again on Saturday in his rematch with Deontay Wilder.

Briggs says he’s never seen a cut as massive as Fury’s that didn’t lead to a fight being stopped. For the record, Fury’s cut from the Wallin fight required 46 stitches to close. The ringside gave Fury a huge break in letting him fight with that kind of cut. Five months is a VERY short amount of time for a cut that massive to heal.

While Fury was saved from being stopped by the ringside doctor’s decision, he could pay a huge price on Saturday if the scar tissue around that eye breaks open under the power of Wilder’s shots.

Fury was able to beat Wallin with only partial vision, but it’s a different story against Wilder. If Fury is fighting with one good eye, Wilder could poleaxe him with an easy knockout. Of course, then Fury would have a good excuse to tell his boxing fans why he lost.

How long will the fans put up with Fury and his constant parade of excuses? He blamed his previous fight against Wilder on the judges robbing him, and on him not being in great shape. If he’s going to blame his failure to beat Wilder this time on a cut, it’s going to get a little ridiculous.

“Wilder is cracking,” said Briggs to Fighthype. “Once Wilder hits you, it’s over. I love what he is doing, and that’s what the game needs. The game needs cracking and excitement. They want to see Wilder knock the next man out. Fans want to see knockouts. He’s [Wilder] coming to a great point in his career where a collision course is happening.

“He’s cracking hard and busting everything down, but he’s also learning patience,” said Briggs on Wilder. “That’s going to make him a better boxer.  So these fights that he’s having where he’s knocking guys out in the first round, he’s having training camps and camp after camp.

“So why I’m picking him over Fury is Fury just came out of a fight where he had this big [46 stitches]. How can that be healed this fast? I’m just curious.

“That was the biggest cut I ever saw without a stoppage. That was a nasty cut, champ. I think that was the biggest cut I have ever seen without a stoppage. So how do you heal from that fight and now you’re fighting Wilder? What if he busts that again and that s— busts open? Then what?” asked Briggs about Fury’s massive cut from his last fight with Wallin.

It’s almost a foregone conclusion that Fury’s cut will reopen if the fight goes past the fourth round on Saturday. By that point in the fight, Wilder will have landed enough right-hand blasts to reopen the cut, and we’ll see Fury partially handicapped with him fighting with only partial vision.

Once Fury pasts the event horizon, he’s going to pull into what will likely end in a bad knockout. Hopefully, the ringside doctor or Fury’s trainer Sugar Hill Steward have the fight stopped to protect him from being knocked out cold by Wilder. 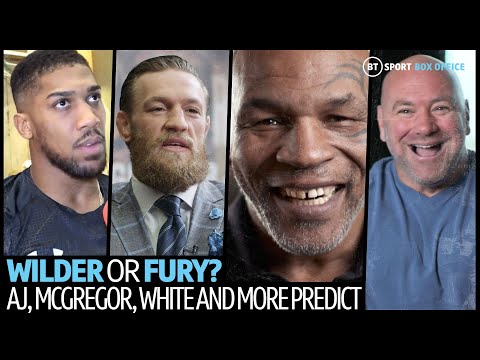 “Whatever floats your boat,” said Briggs about Fury changing trainers. “He must have known that he needs a burst of energy or something, and he must have felt he wasn’t confident enough to go into a war with this guy with his old team. So he must have felt, ‘I’m going to war. I need a new team.’

“It is like that sometimes,” said Briggs on Fury’s change of trainers.  “‘I’m going to a new level, and it doesn’t match the level where you’re at. I need something extra to match the fuse in me because this is war.’ You can die in this thing. Your mind knows as a fighter that this could be your last day on earth,” said Briggs about Fury.

It’s questionable whether Fury made the correct decision in parting ways with his previous trainer Ben Davison. Considering that Fury was knocked out last time he fought Wilder, he probably should have stayed with Davison, a coach known for his focus defense. Fury’s new trainer Sugar Hill Steward is more of an offensive coach, who would be ideal if he had any kind of power. But since Fury is a light hitter, he’s wasting his time in using Sugar Hill.

It’s a bad fit all the way around because Fury is asking Sugar Hill to turn him into something that he was never intended to be. Sugar Hill is a good coach, but he can’t change Fury’s basic DNA to make him something that he’s not physically capable of being. Poor Fury likely won’t discover until it’s too late that he made the wrong decision in leaving Davison for Sugar Hill.

Tony Yoka predicts an EASY win for Fury over Wilder

“Boxing isn’t about muscle, and now everybody knows it,” said heavyweight Tony Yoka to Fighthype. “Look at Tyson Fury. He’s the best fighter in the world right now. Yeah,” said Yoka when asked if Fury is better than Wilder.

“Even for the first [Wilder-Fury] match, I commented on French TV, and for me, Tyson won 100%. And now he’s definitely better than he was last year, so for the rematch, I think Tyson will win easily.

“I think with Tyson, it’s a matter of staying busy, staying in camp,” said Yoka. He’s got everything a heavyweight can want. He’s tall, he’s got the reach, he’s got skills, he can box southpaw, he can knock people out. Boxing is boxing. Just one shot and you go down,” said Yoka.

Tony says Fury has improved since the first fight with Wilder. We didn’t see that in Fury’s last fight against Wallin. In fact, Fury looked worse than he’d been in fighting Wilder. He was shaken up a couple of times by Wallin, who isn’t a puncher.

2016 Olympic gold medalist Tony Yoka is a finesse fighter with very little punching power, and it’s not surprising that he’s going with Fury to win. A win for Fury is a win for Yoka, who also has never been a puncher. Yoka’s gold medal in the 2016 Olympics was highly controversial, as a lot of boxing fans think Joe Joyce was robbed against him in the final.

Luis Ortiz: Wilder WON’T respect Fury and will KO him

“Tyson Fury and Wilder are two different fighters, but I don’t think Wilder will respect him in the rematch, and I see the outcome by a knockout victory,” said Luis Ortiz.

Luis was recently knocked out by Wilder last November, so he seems to know what he’s talking about more than the other fighters that are predicting the outcome of the Wilder-Fury rematch.

Wilder has nothing to fear from Fury in this fight in terms of needing to be careful in avoiding his shots. So what we’re likely to see is a game of cat and mouse. Fury will be the big mouse running from the cat Wilder, and it’s only a matter of time before he gets caught by him.


« Canelo DEADLINE today for Saunders & Smith to accept the offer