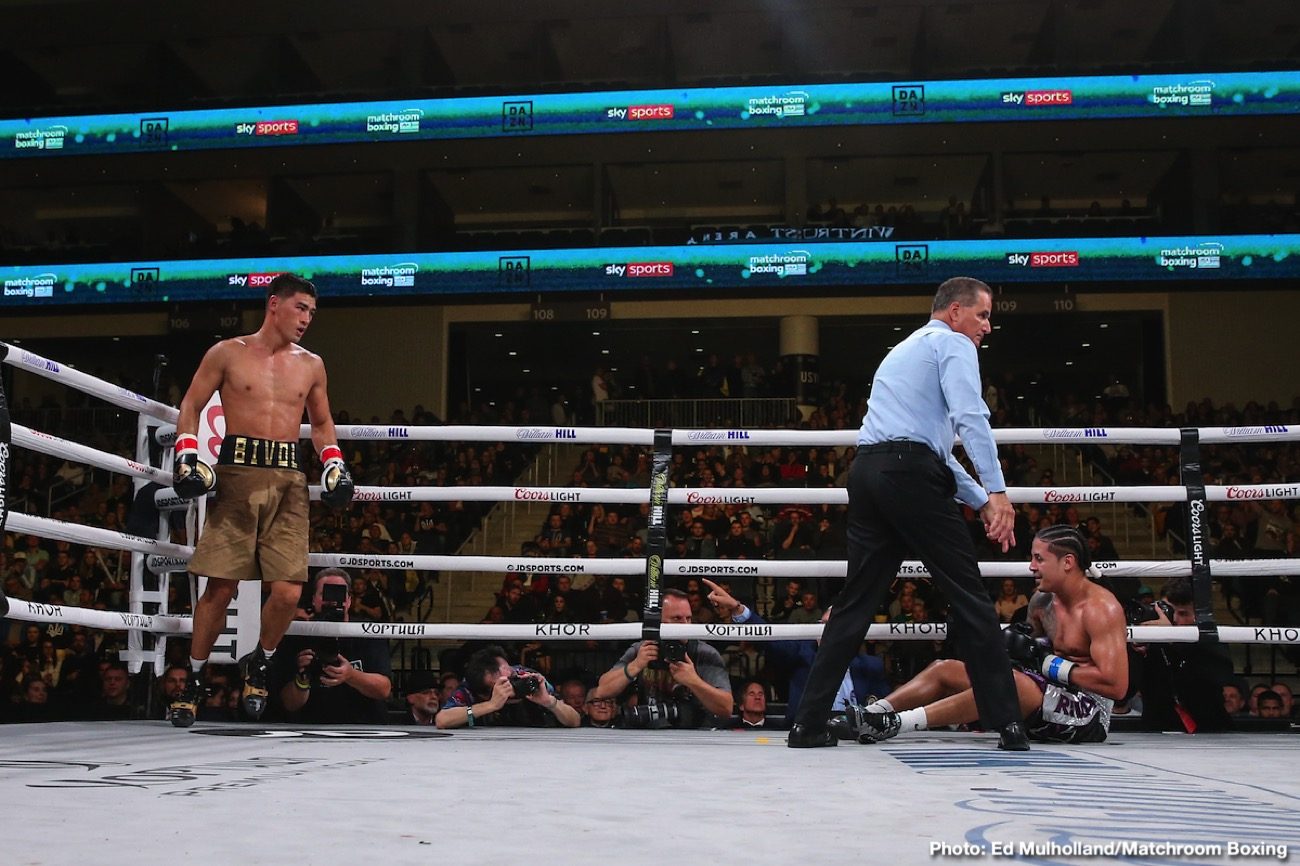 Dominating the action from the opening bell behind a piston like jab and heavy-handed counter right hands, the 28-year-old Bivol displayed his full arsenal throughout the first five rounds. Dropping Castillo with a perfect right hand to the jaw in the sixth round, the Russian would continue his onslaught impressing the massive crowd in the venue.

Said Bivol about the victory “First of all, I want to say thank you to everyone who supports me and watched the fight. Who wants to fight me? Who wants to try to beat me, I’m ready for all comers?”

Stated Vadim Kornilov, “This was a very good performance by Dmitry against an awkward opponent who didn’t want to engage. But Dmitry showed all the skills that he has that puts him at the top of the division. Next, we want to fight for the other world titles in the division, whoever comes away with the titles in the other two bouts in November, that’s who we will target.”

“We can’t wait to fight someone who will come and try to actually win and engage. Once the unifications happen, excitement will come because both guys will do everything to win.”

Dmitry Bivol will set his sights on his fellow champions at Light Heavyweight – providing he can successfully defend his WBA Super World title against Lenin Castillo at the Wintrust Arena in Chicago on Saturday night, live on DAZN in the US and on Sky Sports in the UK.

Bivol (16-0 11 KOs) defends his title for the sixth time and has been elevated to ‘Super’ champion in the build-up to the clash with Castillo (20-1 15 KOs), the Dominican banger who fights for his first World title with an ominous 15 KOs from 20 wins.

The Russian star is the first of the champions in the star-studded Light-Heavyweight division to defend their crown in a busy month at 175lbs, with WBC and IBF kings Oleksandr Gvozdyk and Artur Beterbiev meeting in a unification battle in Philadelphia next weekend before WBO ruler Sergey Kovalev faces Mexican pound-for-pound star Canelo Alvarez in Las Vegas on November 2, live on DAZN.

Bivol is aiming to do his part this weekend before travelling to both fights to keep a keen eye on his rivals, and hopes that the next month can create a path to an undisputed champion at Light-Heavyweight.

“I want to make my mark in boxing history and to do this you have to fight the best,” said Bivol. “I am grateful that my team have found for me good boxers to fight, of course I want to fight against the other champions but sometimes you cannot do it because they are busy, but we have had good fights and I am happy with that. The fight next weekend is a great one and I would love to face the winner between Gvozdyk and Beterbiev, we will know more about my future after that fight. I don’t know who wins that fight, I don’t like to make predictions! But it’s a very good fight and I’m looking forward to it.

“Of course, the Kovalev fight could happen because we are in the same division. I don’t know what is going to happen in his fight with Canelo, but I am ready to fight anyone at Light-Heavyweight. It’s an interesting fight, it’s a big challenge for both; Kovalev is one of the best at 175lbs and is the bigger man, but Canelo is a great fighter, he’s younger and he’s strong too, nobody knows what will happen, we just have to wait and watch.

“Canelo? Of course! It’s a good fight for me. I’m taller than him, I have good boxing skills and enough experience to box a guy like him. He’s one of the best guys from Middleweight, he’s not a Heavyweight, if he was it would be difficult to talk about but he’s coming from two divisions below so why not? I can also make 168lbs. I have talked about this many times because I am not a big guy so I could make Super-Middleweight for a big fight.”

Bivol’s clash with Castillo is part of a huge night of action in Chicago topped by the Heavyweight debut of pound for pound star Oleksandr Usyk against unbeaten contender Tyrone Spong and there’s more World title action on the card as Chicago’s Jessica McCaskill defends her WBA and WBC World Super-Lightweight titles against old foe Erica Farias.