Inoue vs. Rodriguez – Rodriguez: “We will shut up some people’s mouths, we are going to make history!” 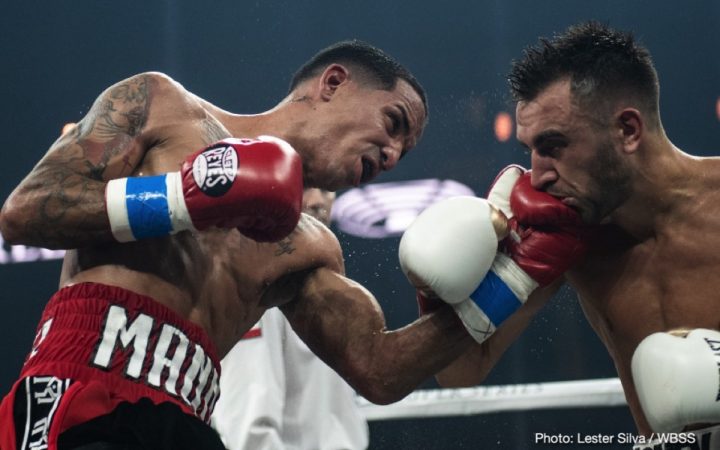 “The sky is the limit for me and my team,” said Rodriguez who’s on a mission in Glasgow to prove people are wrong about making Inoue a favorite in the hotly-anticipated bout of two unbeaten warriors.

“I am well aware that I am fighting a guy considered the best by reporters and fans, but I have been waiting this moment my entire life. I always wanted to fight the best. We are going to go in with all the tools and I can tell you that we will get nothing but the victory and shut up some people’s mouths. On May 18 I will still be the world champion and I will go all the way and take home the trophy to Puerto Rico.”

Inoue has predicted a KO win, and Rodriguez expects to win by KO or a unanimous decision. “I will win no matter what, that’s my prediction,” said the highly-skilled who trained in Cuba prior to the semi to fully concentrate on Inoue.

But whoever is in front of him in the World Boxing Super Series, Rodriguez feels well prepared.

“We have studied every fighter way before the tournament. We got this.” 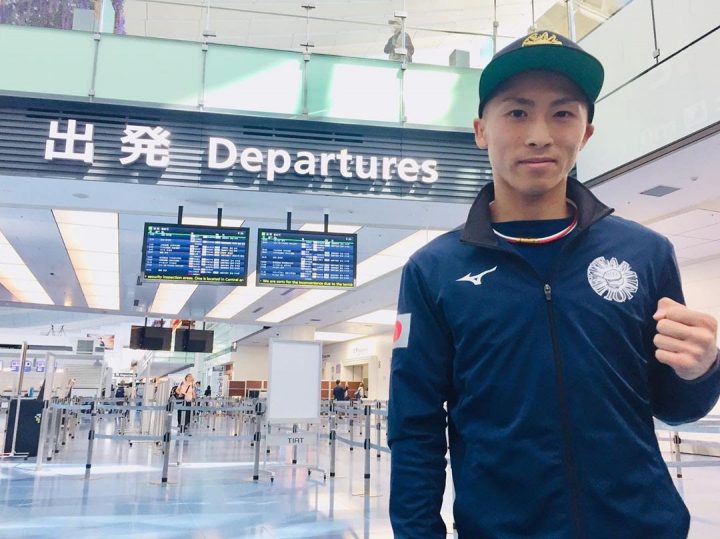 “I am happy to be in Scotland,” said Inoue. “I’m excited to be fighting in front of the Scottish fans and I am looking forward to putting on a great performance.”

Inoue entered boxing’s most prestigious stage with an impressive showing. Two hits were all he needed in the opening round of the WBSS bantamweight quarter-final on October 7 in Yokohama, Japan; Inoue threw a frightening two-punch combination and decimated former titleholder Juan Carlos Payano and sent shockwaves through the crowd and the world of boxing.

16.000 fans inside the Yokohama Arena could hardly believe their eyes. Their hero was gone in 70 seconds.

“I felt pretty good about my combination,” Inoue said of the winning two-punch. “And looking at the way he fell onto the mat, I thought it really damaged him.”

It was his second consecutive first-round knockout, the other coming against Jamie McDonnell, and neither of the opponents had ever been stopped before.

In the semi-final on May 18 at the SSE Hydro in Glasgow, IBF titleholder Emmanuel Rodriguez is the next challenge for the Japanese superstar with the fitting nickname ‘The Monster’. And he is aiming for a KO, like always.

“My aim is a KO in any fight,” said Inoue. “In my last two fights last year, that moment just happened to come in the 1st round. My goal is not to finish the fight in the 1st round, but will go for the KO when I see the chance.”

Many experts have tipped Inoue, WBSS No. 2 seed, to lift the Ali Trophy, but he has a tough opponent in the form of unbeaten Rodriguez (26). Inoue witnessed ‘El Sensacional’ close-up from ringside in Orlando on October 20 when the Puerto Rican came out on top after an epic back-and-forth battle with Australia’s Jason Moloney.

“Rodriguez is a good boxer. His counter punching techniques impressed me the most watching from ringside in Orlando,” said the 26-year-old.

In just a little over a week from now, the pair will share the illuminated square.

“I can’t wait. I came to Scotland to win and to move on to the final and prove I am the best bantamweight in the world!”