Dmitry Bivol vs. Jean Pascal on Nov.24 on HBO 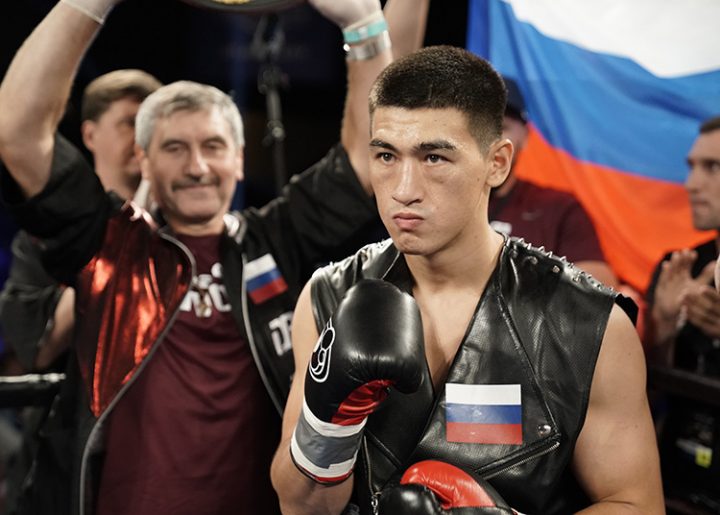 The decision for Bivol to face Pascal came after IBF light heavyweight champion Artur Beterbiev chose to defend his title against Joe Smith Jr. on DAZN. Bivol vs. Beterbiev would have been a great fight for the boxing fans. Instead. Bivol will face the 35-year-old Pascal, and Beterbiev will defend against Smith Jr. The outcomes of those two fights are predictable.

HBO will be getting out of boxing at the end of 2018. It was thought that the October 27 card headlined by Daniel Jacobs vs. Sergiy Derevyanchenko would be their last official televised card, but it’s now clear that they’re going to be televising boxing in November with Bivol vs. Pascal, and potentially a card in December with WBO junior middleweight champion Jaime Munguia and super flyweight Roman ‘Chocolatito’ Gonzalez sharing the card in separate fights.

Pascal was planning on fighting 39-year-old journeyman Gary Kopas (10-11-2, 5 KOs) on November 9 in Sydney, but instead he’ll be getting a title shot against Bivol. Pascal has won his last two fights against Steve Bosse and Ahmed Elbiali (17-1, 14 KOs). Pascal was expected to lose to the hard hitting 28-year-old Elbiali last December. Pascal showed a lot of heart and determination to score a 6th round knockout over Elbiali. That fight was supposed to be Pascal’s final before retiring, but his performance showed that he still has a lot left in the tank. However, Pascal is going to be up against it when he faces the 27-year-old Bivol, as this is a much tougher opponent than Elbiali.

Last year, Pascal was beaten by Eleider Alvarez by a 12 round majority decision in June 2017.

In his prime, Pascal was a very good fighter with victories over Adrian Diaconu, Chad Dawson, Aleksy Kuziemski and Lucian Bute. Unfortunately for Pascal, he never took his career to the next level by beating the top guys at 175. Pascal lost to Bernard Hopkins, Carl Froch and Eleider Alvarez. Pascal’s first fight with Hopkins was scored a controversial 12 round draw in 2010. In their rematch in 2011, Hopkins beat Pascal by a close 12 round unanimous decision. Hopkins seemed to win that fight by being mentally stronger than Pascal. At the time of the fight, Pascal was the much younger fighter than the 47-year-old Hopkins. Pascal had the hand speed, power and youth advantage, but Hopkins was more motivated.

Bivol is coming off of two big wins over Isaac Chilemba and Sullivan Barrera. The way Bivol looked in those fights, he might be the best fighter at 175. We won’t know for sure how good Bivol is until he takes on the likes of Beterbiev, Adonis Stevenson, Oleksandr Gvozdyk, Badou Jack, Eleider Alvarez and Marcus Browne. With the way boxing is, we might not see even half of those fights unfortunately. The best often don’t fight the best in the sport. Stevenson has held the WBC 175 lb title for five years, and the best fights he has to show for those years were against Tony Bellew and Badou Jack.