By Chris Williams: Gervonta ‘Tank’ Davis didn’t take long to respond to Terence Crawford’s warning message in telling him to “STAY AWAY” from Vasiliy Lomachenko and Devin Haney at all costs.

Davis (23-0, 22 KOs), who is coming off of a fine win over Yuriorkis Gamboa last Saturday, reminded people that Crawford was HURT by the Cuban talent in 2014. Further, Crawford was “MARKED UP” in his last fight against Egidijus Kavaliauskas on December 14.

Tank Davis was kind enough not to remind boxing fans that Crawford was knocked down by Kavaliauskas in that fight. Although the referee ruled it was a slip, fans saw for themselves that Crawford was down from a right hand that crashed into his head.

“The guy I fought tonight, he got hurt by him, and he got touched up in his last fight,” said Tank Davis to Fighthype about Crawford being hurt by Gamboa in their fight in 2014.

“They want to get paid,” said Davis. “Devin, his dad told him to do that. He don’t make no decisions on his own. So I’ll go at his dad.”

Well, there’s no denying the fact that Crawford was HURT by Gamboa (30-3, 18 KOs) during their fight on June 28 in Omaha, Nebraska. Crawford looked shaken in that fight. Gamboa dominated Crawford in the early rounds of the fight in front of 10,943 at the CenturyLink Center.

In the 5th, Gamboa slipped on the canvas and was hit while he was falling down. The referee surprisingly ruled it as a legimtiate knockdown, even though it appeared to be a slip.

Crawford’s WARNING to Tank Davis to “STAY AWAY” from Loma and Haney:

Crawford telling Tank Davis to stay away from Lomachenko and Haney makes it sound like he wants him to avoid the best, doesn’t it? It would be a bad look on Gervonta’s part if he started to avoid fighting the lions in his weight class, because he would be seen as a cherry-picker.

Some boxing fans view Crawford as a fighter with a carefully manufactured resume, and they point out the only name guy on his record is Gamboa. Recently, Crawford said he doesn’t want to fight Shawn Porter.

Unfortunately, a lot of people now think Crawford is RUNNING scared of Porter, and he doesn’t want that smoke.

You must admit that Crawford has had it easy lately with his promoters at Top Rank matching him against these guys:

Those are fighters that Tank Davis would probably beat if he moved up in weight to 140 and 147 to take them on. The question is, what is Crawford doing STILL fighting these types of guys at this advanced stage in his career? Those are the type of fighters that Crawford should have fought in the first 3 years of his career, not now. 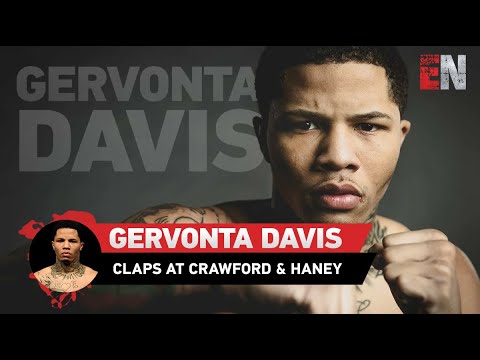 “14,129,” said Mayweather Promotions CEO Leonard Ellerbe to Fighthype in giving the crowd attendance for the Davis vs. Gamboa card at the State Farm Arena in Atlanta last Saturday. “Yes, a sellout. He has a very big future ahead of him, and there is no fighter like Tank Davis out there. It’s not starting to be the case.

“In 2019, he’s shown the fans that,” said Ellerbe about Tank Davis. “His fan base is growing, and growing and continuing to get bigger. You saw what a star-studded event we had tonight, and you saw how Tank brings them out. There’s no other fighter that out like Tank does.

“There’s no other fighter that brings them out like Tank,” said Ellerbe in praising Gervonta. “We’re going to do that, because the fans want excitement, and they gravitate to him because of what he brings to the table.

“That ship has sailed. He had an opportunity, and I won’t back track,” said Ellerbe on a fight between Tank Davis and Tevin Farmer. “I have the utmost respect for him, and I wish him nothing but the best with his career.”

It’s impressive that Tank Davis was able to bring in a crowd of over 14,000+ in fighting in Atlanta last Saturday night, since he’s not from that area. For Gervonta to bring in that many boxing fans to a different state than where he’s from, it shows that he’s a ticket seller.

NEWS:   Hector Luis Garcia denies Haney's claims of kicking him out of camp

Gervonta Davis on the cusp of superstardom

2020 is going to be a big year for Tank Davis, because he’s got a lot of opportunities for big fights next year. He needs to take on one of these lions at 135:

Putting some of those fights together will be a little complicated, since these guys are on different platforms. Loma is with Top Rank, and fights on ESPN. Ryan, Haney and Campbell fight on DAZN.

It’s not going to be easy to set-up a fight between Tank Davis and those fighters, but it’s possible. As long as greed doesn’t get in the way, it can be done. It would need to be pay-per-view for those fights to happen.

“With all due respect, we don’t do those kinds of things. I’m not into what other promoters do. What we do over here at Mayweather Promotions, we’re on another page,” said Ellerbe.

Ellerbe disappointed with Badou Jack not getting win over Jean Pascal

“I’m lost for words why we’re in this situation again,” Ellerbe disappointed with Jack losing to Pascal. I thought he closed the show perfectly. and he beat him up down the stretch. He did everything he could do. What more could. I’m sure the fans that were watching on Showtime felt the same way.

“I thought Badou clearly won the fight. It was a great fight from Pascal. He’s a great champion. I have nothing but the utmost respect for him, but he lost tonight,” said Ellerbe.

Badou Jack (22-3-3, 13 KOs) fought incredibly well in losing a 12 round split decision to WBA ‘regular’ light heavyweight champion Jean Pascal (35-6-1, 20 KOs) last Saturday night. Ellerbe wants to Jack, 36, to get a rematch with Pascal, so that he can avenge his controversial loss. He’ll need to work on that for that fight to happen in 2020.

This was another fight where Jack fought well enough to win, but the judges failed to give him the victory. It’s not that the judges have anything against Badou, but more of a case of him starting too slowly in his fights. 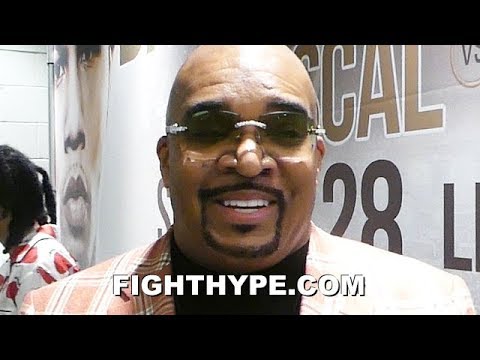 
« Brian McIntyre and his Three-Headed Coaching Machine Dominate in 2019

Deontay Wilder on Tyson Fury: ‘I knocked that FOOL out’ last time »