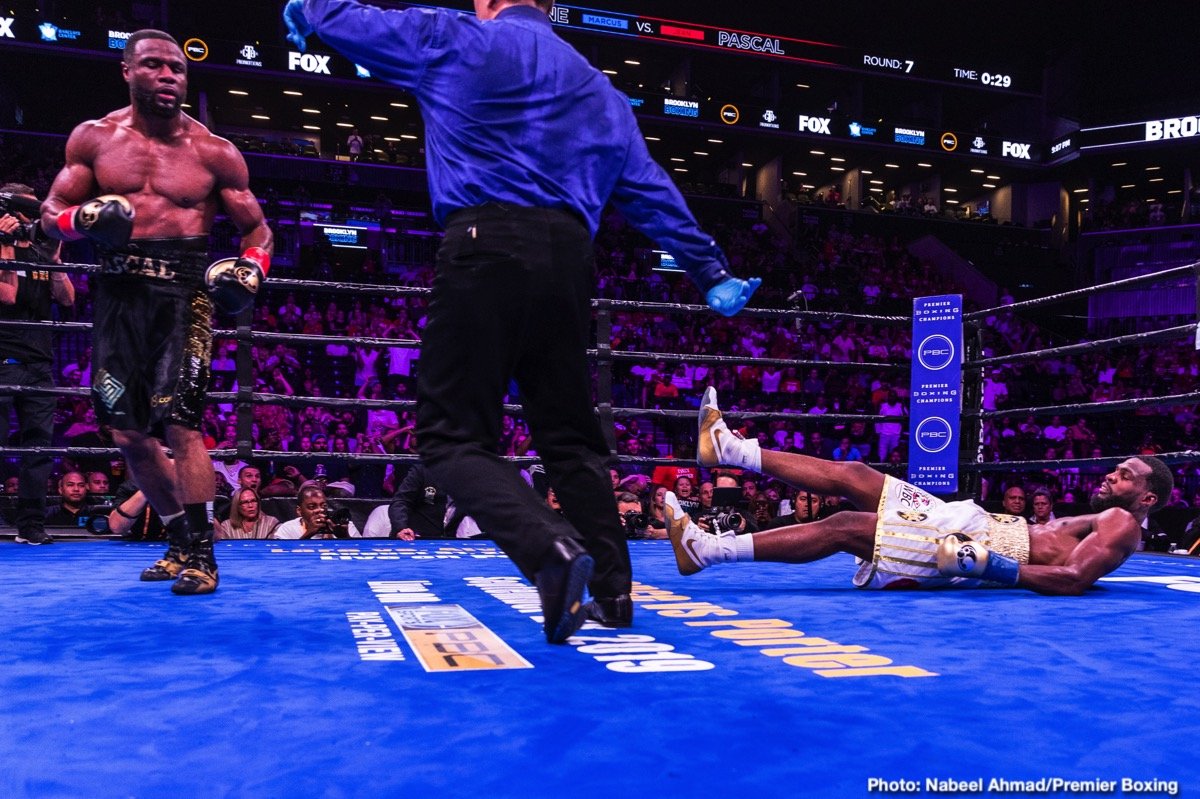 By Barry Holbrook: Marcus Browne has exercised his rematch clause after suffering an eighth round technical decision defeat to Jean Pascal last August in Brooklyn, New York. @MikeCoppinger reported this earlier.  Browne (23-1, 16 KOs) and Pascal traded trash talk on Thursday on Twitter, and there seemed to be a lot of bad blood between them.

A rematch between Pascal and Browne is arguably pointless, as there’s no controversy involved in their previous fight. It ended with Browne suffering a cut, but he was getting bounced around the ring by Pascal.

A better fight for the boxing world would be for Pascal to challenge WBA ‘Super World’ 175-lb champion Dmitry Bivol (17-0, 11 KOs) or IBF/WBC champ Artur Beterbiev (15-0, 15 KOs). Pascal hasn’t fought those guys yet, and there would be a lot of interest from both Canadian and U.S fans in those fights.

Browne was dropped 3 times by Pascal

Pascal clearly beat Browne last August in dropping him 3 times in the fight. Browne was down in the 4th and twice in the 7th. In the 8th, Browne was cut over his left eye from a clash of heads, which led to the fight being halted.

You’ve got to give 2012 Olympian Browne credit for wanting to fight Pascal again, but it might not be the wisest thing given how he was getting overpowered last time.

Pascal: @marcus_browne next time I’m finishing the job and stopping you…cuts won’t save your ego this time. You’ll be flopping all over the ring again, just sign the contract and you’ll find out.

Browne: “AYE @jeanpascalchamp when you gonna be ready for this rematch PUNK?!?!”

The 29-year-old Browne wants the rematch with Pascal in a major way, as you can see here. Unfortunately, Browne hasn’t fought since his loss to Pascal. It might be a good idea for Browne to take a tune-up fight before he faces him again, since he’d be coming off of a long layoff if that fight is made.

Browne has a lot of proving to do. He didn’t look good against Pascal, and some feel that he would have lost to Badou Jack. In that fight, Jack was cut badly between his eyes last year in January. 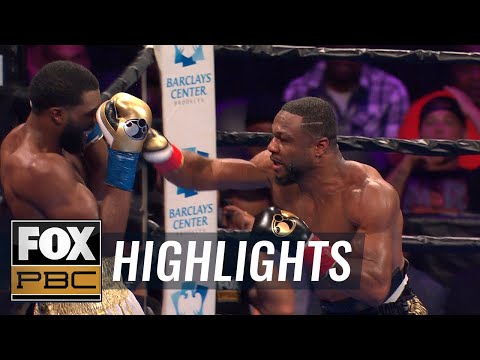