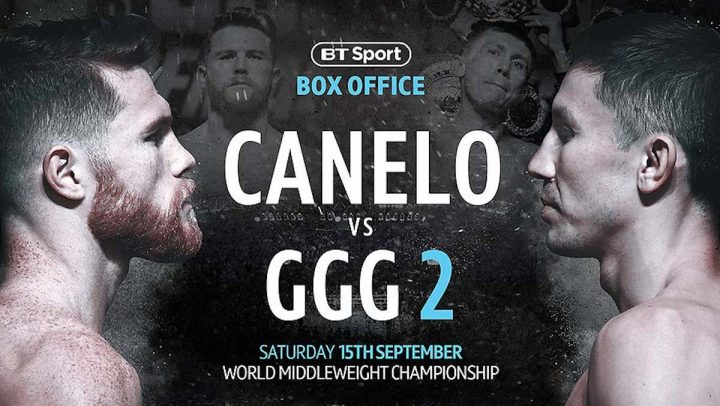 By Dan Ambrose: Roman ‘Chocolatito’ Gonzalez (47-2, 39 KOs) ended his two-fight losing streak in halting former WBO minimumweight champion Moises Fuentes (25-6-1, 14 KOs) in the 5th round in a scheduled 10 round fight on Saturday night on HBO PPV in a battle between fading former world champions at the T-Mobile Arena in Las Vegas, Nevada.

Gonzalez, 31, knocked out the bloody and battered Fuentes in the 5th round. The referee Robert Byrd halted the fight at 1:44 of round 5.

Fuentes suffered a cut over his right eye in the 2nd round, and the blood gave him a lot of problems with his visibility with that eye. To his credit, Gonzalez wasn’t targeting the eye after Fuentes was cut. Gonzalez mixed up his shots from body to head, and he giving the over-matched Fuentes a real schooling. Fuentes wanted to trade shots with Gonzalez. He perhaps thought that he would beat him like Srisaket Sor Rungvisai did recently in knocking him out.

Fuentes lacked the power to beat Gonzalez in a war the way that Rungvisai had done. Gonzalez dominated Fuentes with sustained combinations in the same way he’d been getting the better of all of his opposition until he met up with the hard hitting Rungvisai. The much shorter Chocolatito had problems with the reach of Fuentes when he was on the outside. Gonzalez took the fight to the inside and was able to batter Fuentes at will with shots. Fuentes lacked the inside skills to match Gonzalez’s work rate when he started unloading on him at close range.

The victory was Gonzalez’s first win in two years since beating Carlos Cuadras by a close 12 round unanimous decision in September 2016. Unbelievably, Gonzalez wants to move up to bantamweight to win a 5th division world title. He’s won world titles at minimumweight, light flyweight, Flyweight and super flyweight. However, ever since Gonzalez moved up to the 115 pound weight class in 2016, he’s been struggling badly in a way that he never did before when fighting at 105, 108 and 112. Gonzalez reportedly is having problems just making 115, so it’s not realistic to assume that he can lose weight to go back down to the weight divisions that he excelled at during his career. But looking at the size difference between the 5’3” Gonzalez and the 5’6 ½” Fuentes, it’s clear that the Nicaraguan fighter is too small to be fighting at super flyweight, and he’ll likely be much too small when he moves up to bantamweight to take on the bigger, stronger fighter sin that weight class. For Gonzalez to win a world title at 118, he’ll likely need to have flawed enough champ for him to overcome their size advantage over him. The fighters that have been able to win world titles in five weight classes were either blazing fast like Floyd Mayweather Jr. or powerful punchers with size like Oscar De La Hoya. Chocolatito isn’t a huge puncher in the 115 pound weight class, and he’s not super-fast.

Gonzalez will likely be knocked out by the top fighters at 115 and 118. He would be better off moving back down to 112 if he wants to find the success that he had in the past. He’s too small and he lacks the power to beat the best at super flyweight and bantamweight.