By Dan Ambrose: Roman ‘Chocolatito’ Gonzalez and Juan Francisco Estrada, in their trilogy fight this Saturday, December 3rd, in the main event on DAZN at the Desert Diamond Arena, in Glendale, Arizona. The vacant WBC world super flyweight title will be on the line for the fight.

Thus far, Chocolatito, 35, and Estrada have split a pair, with Roman winning the first fight in 2012 and Juan Francisco the second in 2021. Most boxing fans had Chocolatito easily winning both fights.

We can only hope that the fight is scored better than their rematch a year ago when Estrada (43-3, 28 KOs) was given a controversial 12-round split decision over Chocolatito Gonzalez (51-3, 41 KOs) on March 13th, 2021 at the American Airlines Center, in Dallas, Texas. 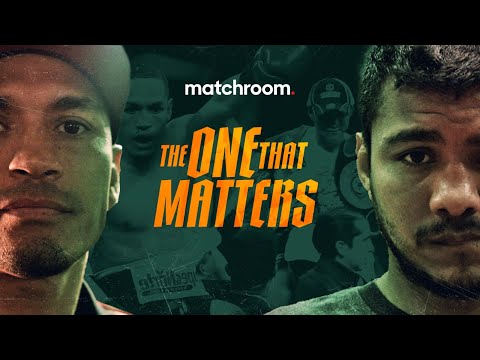 Chocolatito and Estrada combined for 2,529 punches thrown in that fight, with many landed by Roman. In Juan Estrada’s only fight since then, he looked badly faded, beating little Argi Cortes (24-3-2, 10 KOs) on September 3rd.

For Estrada to look so bad against what was supposed to be a tune-up fight suggests that the punishment that he absorbed against Chocolatito in their fight last year took a lot out of him, leaving the shell that we saw against Cortes.

You have to realize that Chocolatito threw over 1000+ punches, with many of them landing to the head of Estrada and wearing him down.

Estrada was supposed to meet Chocolatito earlier this year in March, but he had to pull out due to his slow recovery from COVID-19. Julio Cesar Martinez stepped in and was soundly beaten by Roman by a 12-round unanimous decision in San Diego.

When is Estrada vs. Chocolatito Gonzalez III?

Estrada vs. Chocolatito 3 will take place this Saturday night, December 3. The start time for the Estrada-Chocolatito III card is 8:00 p.m. ET.

Chocolatito, 35, is considered the likely winner in the eyes of many boxing fans over the younger 32-year-old Estrada.

Still, if we get the same kind of judging as the last time they fought each other, it’s possible that Juan Francisco will win another highly questionable decision.


« Devin Haney is “too smart” for Lomachenko says George Kambosos