Mayweather thought Pacquiao-Bradley 3 was a draw 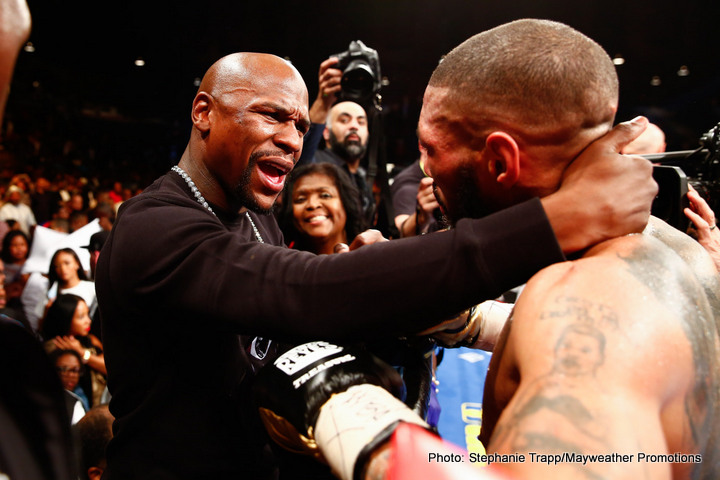 By Jeff Aranow: Floyd Mayweather Jr. reportedly thought last Saturday’s fight between Manny Pacquiao (58-6-2, 38 KOs) and Tim Bradley (33-2-1, 13 KOs) was a draw, according to ESPN. For the record, Pacquiao won the fight by a 116-110 score on all three judges’ scorecards. Pacquiao knocked Bradley down twice in the fight in dropping him in the 7th and 9th rounds.

The knockdown in the 7th round was a controversial one in the minds of some boxing fans, as it looked to some like Pacquiao had partially pushed Bradley, causing him to bend forward touch the canvas with his gloves. In the last three rounds, Pacquiao appeared to be in control over the fight.

“Go home and watch the replay with the sound off,” Mayweather told Bradley, according to ESPN.com. The idea is that the crowd had somehow influenced the scoring of the fight due to all the cheering for Pacquiao.

The judges can’t watch fights with the sound off, so you’re never going to get a situation where the judges won’t be able to hear the cheering from the boxing fans at ringside.

Whether Mayweather thought the Pacquiao-Bradley 3 fight was a draw or not, the fact of the matter is the three judges had Pacquiao the winner. Pacquiao was the one that scored the knockdowns in the fight, not Bradley. Generally, when you have a fighter getting knocked down twice in a fight, they’re going to come out the loser in the contest. Bradley hit the canvas twice in the fight and that ruined his chances of winning.

Pacquiao landed the most solid punches in most of the rounds. You can’t mistake the fact that Pacquiao was nailing Bradley with hard left hands that Bradley was unable to block. The shots were landing cleanly in every round. 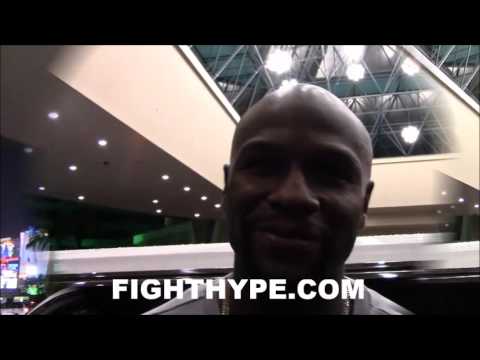 There have been a lot of controversial decisions in Las Vegas over the years, but this definitely wasn’t one of them. Pacquiao looked very sharp, the best he’s looked since his win over Chris Algieri two years ago in 2014. Pacquiao wasn’t using his right hand like he’d done in the past, but his left hand looked as good as ever.

Pacquiao will be retiring now and possibly going into politics defending on how his election goes next month in the Philippines. There probably won’t be another Pacquiao-Bradley fight, especially if the PPV numbers for the fight fail to bring in a lot of buys.

Sergey Kovalev: I don’t know if I can beat Andre Ward »