By Allan Fox: Regis Prograis is still without a dance partner for the first title defense of his newly won WBA light welterweight belt after his mandatory Jose Ramirez elected not to challenge him due to his unhappiness at the 65-35 split for the risky fight.

Ramirez instead will face Richard Commey and likely make less money, but it’ll be a more winnable fight for the struggling ex-WBC/WBO 140-lb champion, who lost his straps last year and has looked poor in his last three fights dating back to 2020.

While Prograis (28-1, 24 KOs) still hopes to face Ramirez at some point in the future, the odds of that happening are slim. The two fighters are going in different career directions.

Whilst Prograis is still on an upwards career, Ramirez, 30, is showing wear & tear and heading down toward the dark abyss. Ramirez will be food for some of the younger 140-pounders like Ryan Garcia, Arnold Barboza, Subriel Matias, and Teofimo Lopez.

“If it ain’t happening next, well, oh well, let it marinate,” Regis Prograis said on Instagram about a fight with his current WBC mandatory Jose Ramirez.

Not surprisingly, Teo has since gone quiet, suggesting that he was just clout chasing to gain some badly needed attention to himself after his abysmal performance against Spaniard Sandor Martin on December 10th. Given how horrible Teofimo looked, he will not go anywhere near a talent like Prograis because the outcome would be utterly predictable. 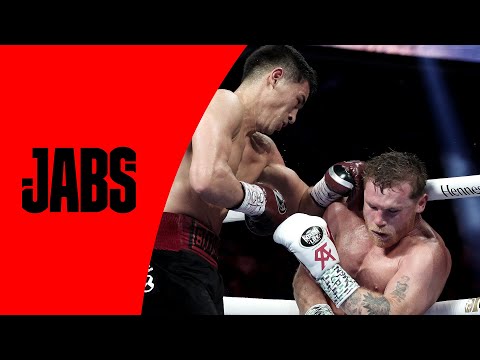 “You’ve got Ryan Garcia at 140, Teofimo Lopez at 140, Regis Prograis, Josh Taylor at 140, and Jose Ramirez at 140,” Mannix continue about the light welterweight division. By the middle of the year, Devin Haney is going to be at 140.

“These guys are in a position where you can see big fights against each other. These are not guys that are superstar pay-per-view level fighters so that you can see some mixing & matching opponents. I would love to see it.

“A lot of these guys want that smoke. They want to be in those big fights. Regis Prograis, he’s been on the shelf for the better part of the last three years. He wants the big fights.

“Ryan Garcia, beginning with Tank Davis, he wants to prove himself in these fights. I love the possibilities that exist at 140 lbs. I think this year, I think you’re going to see a lot of heat in that division,” said Mannix.