How to watch Tyson Fury vs. Derek Chisora III on PPV

In a questionable move, Fury (32-0-1, 23 KOs) came out of retirement and opted NOT to take a lucrative fight against Anthony Joshua. It appears to some that Fury had his sights dialed in to face the journeyman Chisora the whole time.

Interestingly, Fury decided on Chisora as his opponent because he could have chosen any one of these fighters to defend against:

While Fury claims he attempted to fight with the former two-time heavyweight champion Joshua (24-3, 22 KOs), the two short deadlines he gave him for the negotiations say otherwise.

This Saturday, December 3, Fury will defend against Chisora at the Tottenham Hotspurs Stadium in London. He says 70,000 tickets have been sold for the fight, but we’ll see if that’s the case on Saturday night. 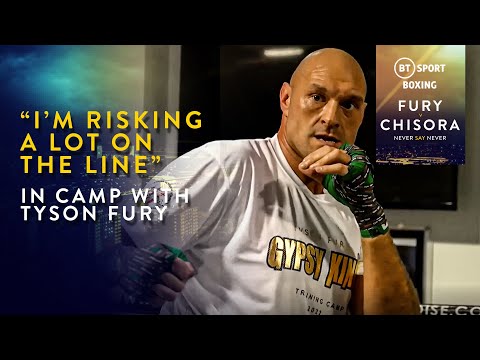 If the stadium is half empty, as some boxing fans believe it will be, it tells the true story of the lack of interest in this match-up.

How to watch Tyson Fury vs. Derek Chisora 3?

Tyson Fury vs. Derek Chisora 3 can be seen for U.S. fans on ESPN+.

It was a wise decision by the organizers of the Fury-Chisora III fight to put it on non-pay-per-view because there’s very little interest from American boxing fans in this fight.

Fury’s decision to fight the non-relevant 38-year-old Chisora rather than a higher-ranked contender has hurt interest in this fight. Interestingly, Fury says he doesn’t care what people think. You got to wonder whether his promoters, BT Sport and ESPN+, feel the say way.

Fury on why he picked Chisora

“Derek stepped up to the plate, as he always does,” said Tyson Fury to BT Sport Boxing about why he chose Derek Chisora for his next fight on December 3 to fight at Tottenham Hotspurs Stadium in London.

“I think he’s a lot older, and I’m a lot older. We fought eight years ago. We’ve both changed as fighters. With Chisora, you know what you’re going to get. It’s a good fight. He’s going to bring it, and so am I.

“Anything can happen in heavyweight boxing. I’m three for three with Sugarhill. It’s like all these other guys that fought Derek Chisora, like Joseph Parker, like Usyk and Pulev. They’re top 10, top 5 guys.

“I’ve never really shied away from an opponent in my life. The biggest puncher in history [Deontay Wilder]; I fought him three times in his own country [In Las Vegas in the United States]. I went to Germany to fight the second-longest champion in [39-year-old] Wladimir Klitschko [in 2015].

“So all these fighters, whoever they are, bring them on because I’m not going anywhere. I’m holding for a long time, and at the moment, I’m feeling unstoppable.

“I’m the WBC lineal heavyweight champion of the world. Only one fight, actually, because the WBC ordered #1 vs. #2, Wilder vs. Ruiz for the final eliminator to fight me again. That fight could happen early next year in, maybe, February or January.