Bob Arum thinks fans want Fury vs. Chisora III: “You don’t have to sell anything”

By Robert Segal: Top Rank promoter Bob Arum maintains that the fans want to see Tyson Fury vs. Derek Chisora III trilogy on December 3rd because Delboy being a big puncher. The fight will be shown on ESPN+ in the U.S and BT Box Office PPV in the UK.

Arum feels that the Fury-Chisora trilogy match doesn’t need to be marketed to the boxing public because Chisora being a big puncher.

If Arum is wrong, the fight will bomb badly, not sell out the stadium and bring in a small number of buys.

You’d like to think that Arum could have been firm with Fury and rejected the idea of him facing Chisora because there are so many people that have been against this match taking place for weeks.

If Arum and the Top Rank staff had been paying attention to social media, they would have seen long ago that boxing fans don’t want to see the Fury vs. Chisora fight because it’s not expected to be competitive.

Chisora hasn’t knocked anyone out in three years since stopping the badly washed-up David Price in 2019. Since then, Chisora has lost twice to Joseph Parker and Oleksandr Usyk and has shown problems with his stamina.

Chisora tires almost immediately in fights now and is so hittable. Unless Fury carries Chisora, this fight is going to end quickly on December 3rd.

“You don’t have to sell anything because one thing Fury is facing is a Chisora, who is a tremendous puncher and can give anybody a very rough time,” said Bob Arum to Secondsout when asked how does he intend on trying to sell the Tyson Fury vs. Derek Chisora III fight to the public.

“Just recently, Chisora fought Usyk, and it was life & death, and Usyk won. So when Usyk got in with Joshua, people said, ‘Well, Usyk doesn’t have a chance. Look how he struggled with Chisora.’

“But Usyk handled Joshua a lot easier both times than he did Chisora. So these are athletes at the top level, and anything can happen,” said Arum.

“Chisora is very dangerous because he punches like a mule, and he’s always in a fight because of his punching power. I wouldn’t write it off as being impossible [Chisora winning]. When you’re dealing with world class athletes, they, at times, give performances that are signature-type performances.

“I think it’s a dangerous fight for Tyson Fury, but he wants to keep busy. He thinks if he isn’t busy, it’ll diminish his chances when he goes in the ring with Usyk,” said Arum. 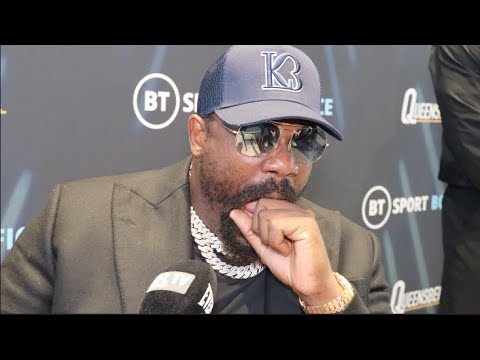