By Sam Volz: Former WBO cruiserweight champion Johnny Nelson threw fuel on the fire today by saying that he’d have beaten unified heavyweight champion Oleksandr Usyk if the two had fought during his day in the 1990s to 2005.

Nelson had already created a lot of noise with his recent opinion about Usyk (19-0, 13 KOs) being an “average southpaw.”

He bases that view on his belief that Usyk isn’t in the same talent class as southpaws like Pernell Whitaker, Prince Naseem Hamed, and Manny Pacquiao.

Of course, those fighters never competed in the higher weight classes, so it’s unfair for Nelson to compare a bigger fighter to them.

You can argue that Nelson (45-12-2, 29 KOs) fought during a week era in the cruiserweight division.

During the six-year period that Nelson held the WBO belt, he fought lackluster opposition, mostly from Europe. Hence, Nelson was able to hold his WBO cruiserweight title a lot longer than if he fought in this era or when Usyk was campaigning in that weight class.

“So when you’re talking as a southpaw, the ultimate southpaws are guys you avoid like the plague because you can’t touch them. That’s  the difference. I’m not saying this guys not a good fighter.

“As a southpaw, I wouldn’t say this guy is an unbelievable southpaw. As a southpaw, there are more skilled southpaws,” said Nelson.

Again, Nelson is comparing Usyk to fighters that were much smaller than him and obviously would have more speed. If those fighters were to have bulked up to cruiserweight, their speed would have taken a massive hit.

“You ask if I would have beaten Usyk? In my day, yes, I would have done. When I was a cruiserweight champion, I believed I was the best champion in the world.

“I’m not saying that I’m going to get in there with Usyk. I’m old enough to be his dad,” said Nelson. 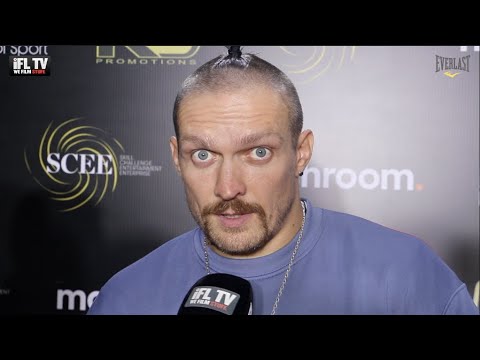