By Dan Ambrose: Showtime president Stephen Espinoza says the fight he wants for Jermall Charlo is against David Benavidez or Canelo Alvarez next rather than putting him in with the 34-year-old Demetrius Andrade.

As far as Espinoza is concerned, the interest from boxing fans in seeing Jermall face Andrade isn’t high. That fight has lost its luster due to Demetrius choosing to fight on DAZN for a number of years against obscure opposition.

It’s all well and good that Jermall said this week that he would like to fight Benavidez (26-0, 23 KOs), but when it comes to actually sitting down and making that fight, we could see him drag his feet.

Charlo has had it easy fighting weak opponents on Showtime for good money, as they’ve not stopped him from fighting lesser guys for the last five years of his career.

That last quality fight Jermall had was against Julian ‘J-Rock’ Williams in 2016, and that was a long, long time ago.

“I think the most likely one and the one that is best is clearly Benavidez,” said Stephen Espinoza of Showtime to Fighthype about Jermall Charlo saying he wants to fight Gennadiy Golovkin, Chris Eubank Jr., Demetrius Andrade, David Benavidez or Oscar De La Hoya next.

“I’m not saying the other ones aren’t possible, but Munguia had his shot [to fight Jermall]. We were right there on the one-yard line, and his promoter [Oscar De La Hoya] walked away from the fight.

“Andrade had his shot. He’s had his shot against both of them [Jermell and Jermall Charlo]. He had a fight on the table.

“The time I’m referring to, and his [Andrade] promoter will confirm it. I don’t know the year. His deal was up with DAZN, and there was a window there where we said, ‘Okay, I know you’re talking about re-signing with DAZN, but you could also go this way. A Charlo fight or a fight, and then a Charlo fight,'” said Espinoza about his past attempt to make a fight between Jermall Charlo and Demetrius Andrade.

“He [Andrade] decided to re-sign with DAZN. Even after the fact, he made a comment. His comment was, ‘If DAZN is going to continue to pay me millions of dollars to fight guys like luke Keeler, then I’m going to re-sign.’ That tells you everything you need to know. That’s fine.

“If that’s the way you want to go, there are lots of ways to carry out a career. If that was his preference and he wanted to cash in on that money, that’s great, but don’t say that Jermall Charlo won’t fight you because it was there, and it was a healthy offer.

“It certainly wasn’t anything that he couldn’t have gone and fought with DAZN afterward if he wanted to do that. So in each of those, there have been opportunities. They’ve just not come through.

“We’ve committed to signing Jermell, and then you walk away from it later on. Munguia, I don’t blame Munguia for that fight. He was in the fight; he committed to it and accepted his deal. It was his promoter who screwed things up unnecessarily.

“I don’t really hear anybody except for a couple of very notable people who are pushing for Charlo-Andrade. I don’t really see on social media or when I’m out in public where the people are, ‘That’s the fight you have to make.’ I just don’t [hear that from fans].

“Part of it is that Andrade hasn’t been that visible, having been on DAZN fighting guys that don’t have the biggest names.  I just don’t think there’s a whole lot of demand for it [Charlo vs. Andrade]. To me, I’m not saying we wouldn’t do it, or it’s not possible.

“To me, the time is already past for it. That fight peaked a long time ago. It’s not nearly as exciting as Charlo vs. Benavidez or Charlo vs. Canelo. There are better opportunities out there right now,” said Espinoza about Jermall having better options available now than a fight against Demetrius Andrade. 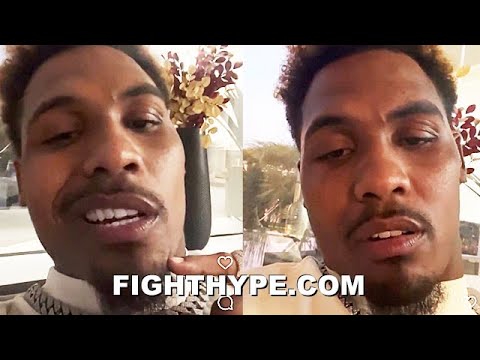 Are Unification Bouts Good for Boxing? »