Golovkin says Canelo “will help me retire from the financial standpoint”

By Craig Daly: Gennadiy Golovkin says Canelo Alvarez will help him retire financially with their trilogy fight on September 17th.

Instead of Canelo retiring Golovkin with a beating, he could send him backing with the massive payday he’ll get for their headliner on DAZN pay-per-view at the T-Mobile Arena in Las Vegas.

Golovkin says he plans on retiring soon, but he’s not saying when that’ll be. Some boxing find would argue that Golovkin already retired as of 2019 because he hasn’t fought any A-level fighters in the last three years.

Although Golovkin has been getting paid well for his fights against moderate-level opposition, he’s not impressed with the fighters he’s faced and the way he’s looked.

“It’s not that I changed my style. I expanded my arsenal and I became more versatile,” said Gennadiy Golovkin to SecondsOut when asked about him having changed his fighting style.

It looks like Golovkin has become more passive, and gunshy in the last three years since his loss to Canelo in 2018.

You can’t say he looks more versatile. Unless that word is code for Golovkin ‘looking old & gunshy,’ it doesn’t fit in how he’s performed in his last four fights.

“Because of the fights during this time, they were all different opponents and I had to take a different approach,” said Golovkin in making an excuse why he stopped fighting in the aggressive Mexican style after his loss to Canelo in 2018.

“I realize this fight against Canelo is going to be a tough fight, and we are going to get ready for this with my coach. I’ll definitely show my best. My Mexican style is with me, it’s not gone anywhere, and I’ll be using that as well,” said Golovkin.

Canelo thinks Golovkin doesn’t fight with the Mexican style, and a lot of boxing fans believe the same.

“Again, I’ll show my beat and I hope we will succeed. To be honest, I didn’t react immediately because I didn’t pay too much attention to what he was saying at the moment,” Golovkin said when asked about his thoughts on Canelo calling him an “a**hole.”

“I would say that I’m disappointed at this approach because I believe it’s low and mean to behave in that way. It does not do good to the world of boxing in general.

“I will retire at some point, and it’s not far,” said Golovkin in reacting to Canelo saying he’s going to retire him on September 17th. “He’s going to help me retire from the financial standpoint, first of all, but we’ll see,” said Golovkin. 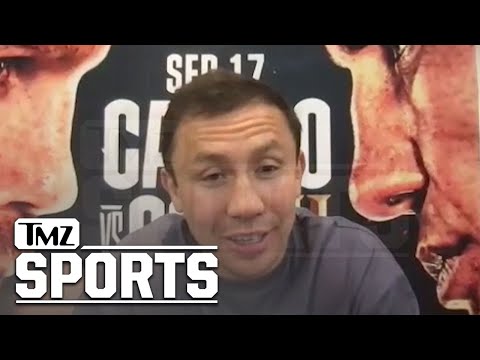 
« Was Flyweight Jimmy Wilde the Best of the Little Men?