By Charles Brun: Derek Chisora says Anthony Joshua must be prepared to “die” in his rematch with unified heavyweight champion Oleksandr Usyk on August 20th.

Chisora gave Usyk a lot of problems with his pressure in a surprisingly close 12-round unanimous decision loss in October 2020.

“Anthony Joshua has to be prepared to go to the end, that’s it,” Derek Chisora told October Red Boxing about Joshua’s rematch with Oleksandr Usyk. “I was prepared to die in the ring [against Usyk], and that was it. That’s why I pushed so much and nothing else.

“AJ has to be prepared to go to the end. In the end, there’s nothing there but your hand going up, and that’s it.

“He has to because of my mentality,” said Chisora when asked if Joshua must be prepared to die in the ring in his rematch with Usyk. “Usyk didn’t come to take belts off him. So he’s [Joshua] going to have to go in there and take them back.

“Usyk isn’t just going to give them away. He’s physically going to die in the ring. So they’re both ready to go to the other end.

“I know he’s a lot smaller than AJ. That’s the main thing that concerns me,” Matchroom boss Eddie Hearn said to The DAZN Boxing Show.

“I don’t look at the size of Usyk. I look at the quality of him, pound-for-pound great fighter. You’ve got to do something special to beat him, and AJ’s going to put that together and beat him,” said Hearn.

As you can see, Matchroom Boxing boss Eddie Hearn is starting to worry, and it’s pretty apparent that he’s now contemplating a bleak future in which Joshua is gone, sent into retirement after a humiliating knockout loss to Usyk on August 20th.

In reality, Hearn doesn’t have a superstar fighter that can step into Joshua’s shoes and bring in the dough from UK boxing fans the way AJ did. Yeah, Hearn has Canelo Alvarez, but he’s from Mexico, and his career is on the verge of imploding after a loss to Dmitry Bivol.

“AJ took his time as he does, got it right. He found someone he believes in, and that energy is being seen in the camp,” Hearn said.

Hearn needs to wake up and sell the coffee. Joshua’s new trainer Robert Garcia ISN’T going to save him from his fate, as he’s not a miracle worker that will translate a chin on AJ or give him stamina that he’s never possessed.

If anything, Robert will teach Joshua how to spoil and have him running around the ring, clinching & avoiding shots the way his fighter, WBC super flyweight champion Jesse ‘Bam’ Rodriguez, does. Robert will try and have Joshua use more footwork, changing angles against Usyk.

It’s not going to work because he’s NOT going outbox Usyk, and he’ll look silly on the night exhausting himself trying to do what he failed to do last time. 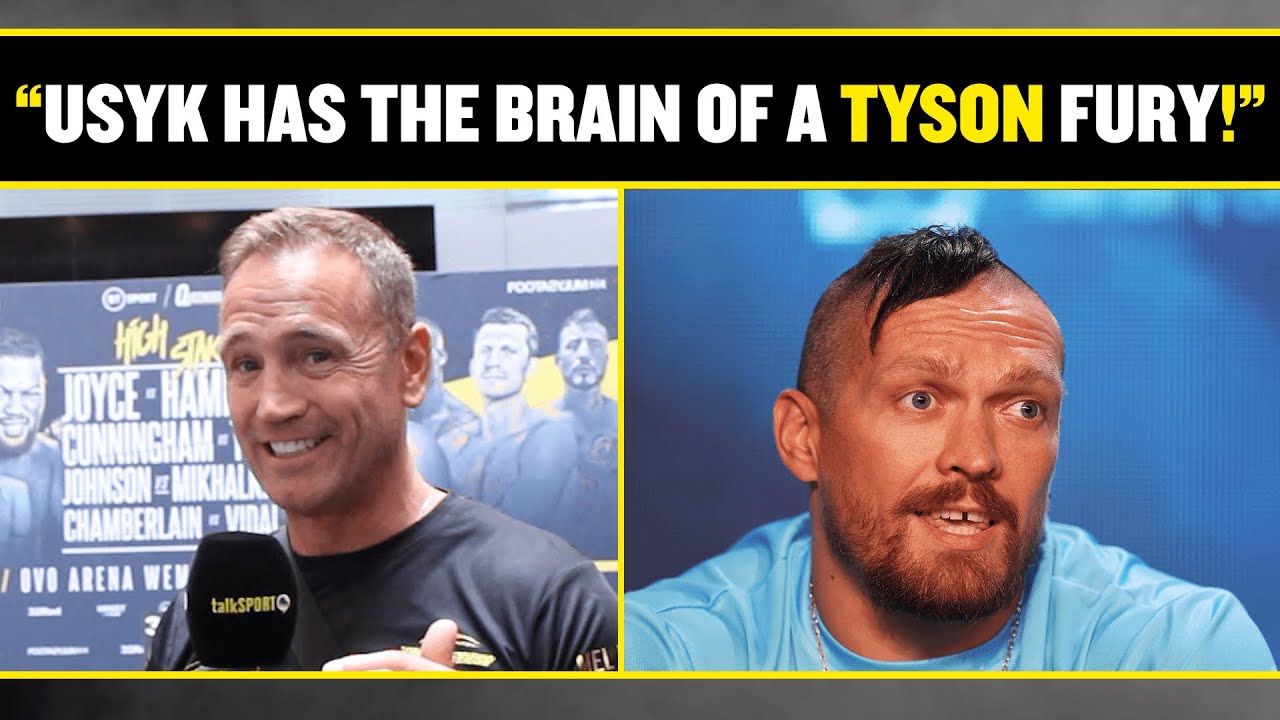 
« Golovkin says Canelo “will help me retire from the financial standpoint”