Was Flyweight Jimmy Wilde the Best of the Little Men?

By Ken Hissner: Fighting out of Wales was flyweight Jimmy “The Mighty Atom” Wilde the best of the little men of boxers? So much emphasis is put on the heavyweights who could be the worst to watch until a knockout the little guy’s ca give us more action!

Wilde had many nicknames besides “The Mighty Atom” being so pale one was “The Ghost with a Hammer in His Hand”, “The Indian Famine” and “The Furious Freak”!

Though the record books show Wilde turning pro in 1911, it was said he started much earlier than that, and some show a record of 137-4-1 with over 100 stoppages.

In April of 1916, with a 109-1-1 record Wilde stopped Johnny Rosner, 24-8-5, in eleven rounds of a scheduled 20 rounds for what was called the first International Flyweight championship fight per www.boxrec.com.

In June of 1916, Wilde had his rematch with Tancy Lee, then 24-2, knocking him out in eleven rounds. In his next fight with such titles as EBU, British, and IBU World titles, he knocked out Johnny Hughes, 115-64-22, in ten rounds.

In Wilde’s next fight, he made his U.S debut in December, losing to Jackie Sharkey, 31-34-11, billed as a newspaper decision over ten rounds when he was 127-1-1. Go figure. He would stay in the U.S, winning his next five fights, with the last one over Frankie Mason, 109-15-39, billed as a World title fight.

After a win in Wilde’s next fight in Canada he would win three fights including a pair over Battling Al Murray, 48-22-13, by stoppages in eight and two rounds.

Then back to Canada for a win before losing his final two bouts with his return to the UK in almost two years losing by stoppage to Pete Herman, 87-27-13, of the U.S in January of 1921, the future world bantamweight champ.

It would be two years later in June of 1923 what would be Wilde’s final bout he lost again this time to world champion Pancho Villa, 66-6-3, in seven rounds in a world title fight. Both Herman and Villa would both be inducted into the International Boxing Hall of Fame, as would Wilde. 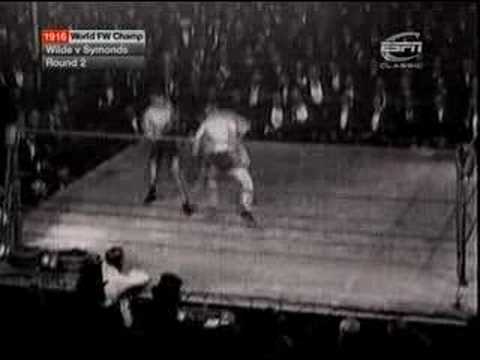 Golovkin says Canelo “will help me retire from the financial standpoint” »