By Allan Fox: Rolando ‘Rolly’ Romero says he’s going to be hooked up with a rematch with WBA ‘regular’ lightweight champion Gervonta ‘Tank’ Davis after being knocked out in the sixth round on May 28th.

Rolly (14-1, 12 KOs) isn’t saying when precisely he’ll be getting the rematch with Tank Davis, but the way he’s talking, it could be soon. I

For the boxing public, it’s hard to imagine Mayweather Promotions trying to sell a second fight between Tank and Rolly, but given that they’re focusing on in-house fights with PBC fighters, they have little choice but to peddle another one. Who would be willing to purchase that mismatch again?

Rolly is calling himself a “pay-per-view star” after his fight with Tank, which was shown on Showtime PPV. We’ll soon see if Rolly is a PPV attraction or not when he becomes the A-side against guys that aren’t popular like we’ve seen Tank Davis repeatedly doing in the last few years.

With Rolly’s huge frame, it’s difficult to imagine him being able to continue to make the 135-lb weight limit for much longer. He looked like a welterweight inside the ring with Tank Davis.

“You’re not looking at it from my perspective. I won, bro. I’m the most marketable fighter in the sport and the best s*** talker in the sport,” said Rolly Romero on social media about his loss to Gervonta Davis on May 28th.

“As I said, I’m going to get Gervonta Davis again. I already know that. That fights going to happen again. Honestly, I don’t know if the shot hurt or not because I didn’t feel it,” Rolly said about the knockout blow Gervonta landed against him in the sixth round.

“I’m going to get that fight again. The future is lined up good. My potential opponents for my next few fights are crazy. I got some great fights, very marketable rights, fillup an arena fights. I know I can fill up the MGM and I can fill up the T-Mobile. I sold out the Barclays.

“I was beating the f*** out of him and I got caught with a good shot. That’s boxing,” Rolly said. “It was due to one simple mistake that I made where I made the mistake and I’ll never do it again.

“So, I f**** won, I learned. I’m a f*** pay-per-view star, and I did that faster than anybody else in the history of boxing. I took risks that other mother f*** wouldn’t have taken.

“I took risks that no other mother f**** would have taken with the amount of experience that I had. I had 35 amateur fights, and I started boxing at 17. I have 15 pro fights now. I’ve been fighting nothing but positive records since I was 5-0.

“I got a crazy resume. At the end of it, I’m going to go down in history as one of the greatest fighters that could be. Everybody is going to want to watch me fight again and again. 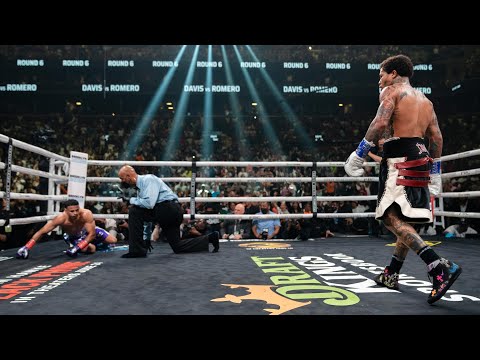 
« Canelo Alvarez: I want to show everybody my comeback