Ryan (22-0, 18 KOs) is taking clout chasing to another level with the way he’s exclusively campaigning for a fight against the superstar Tank Davis while saying almost nothing about his next opponent Fortuna.

Devin Haney believes this is a standard practice for Ryan to attract interest in his contests against lesser opposition.

In other words, Ryan creates interest in his mismatches against fodder-level fighters by talking up fights against big names like Tank Davis, and Manny Pacquiao.

Ryan is saying that he’s going to “sleep” Tank Davis and then party afterward with Tequila. Given Ryan’s track record, it’s hard to take him seriously about him fighting Tank Davis later this year because he’s already been talking about that match a year ago.

“That is in my mind. People like to say that I’m overlooking somebody. I just know that I’m going to fight Tank after I beat [Javier] Fortuna,” said Ryan Garcia to TMZ Sports.

“There are no questions in my mind; there’s no doubt in my mind. I’m sorry that there are some people that live with doubt in their minds, but not me.”

Fans don’t believe Ryan will fight Tank or Devin Haney because he had a chance to fight both and didn’t follow through.

“I know for sure I’m going to defeat Javier Fortuna. I’m campaigning for that fight, and I’m open to say that I want to be transparent to the fans as possible,” said Ryan.

The way Luke Campbell dropped Ryan, he’d be lucky to make it through the first round against Tank if he head hunts from the get-go.

“I want to show them the negotiations, show them who is ducking and not really ducking. I want to follow the process as much as we’re legally able to, and then you can make the decision who is ducking.

“I really want to fight him. I just know it’s going to be a great day when I knock out Gervonta. It’s just going to be the best day when I wake up the next morning. I’m going to be recovering from all those Tequila shots, and I’m like, ‘Man, that was a good knockout.’

“That fight would not go the distance. There’s no way possible that it can go the distance. I will not let Gervonta Davis off the hook. In my mind. I’m here to destroy somebody. I’m not in here to play points with you.

“I’ll play points for a little bit, but my whole objective is to really destroy you. When I get in there, Tank will know, and I hope he brings it. I hope he sees this, as a matter of fact.

“Gervonta Davis, just know there’s a lot more than meets the eye with me. Don’t think I’m soft. If you come find out and actually make the decision to fight me, you’ll find out real soon that there’s nothing soft about me.

“I’m going to beat your a**. I promise you that. I will whip your a**, and I will put you to sleep. Do you hear me? Sleep. I’ll put Nyquil in my hands before I fight him,” said Ryan Garcia.

“It’s funny how all these fighters, who are world champions, who have more experience, they all want to be like Ryan Garcia,” said Golden Boy Promotions CEO Oscar De La Hoya on social media.

“They all want followers, they all want a big social media presence. Ryan has it, and all he needs now is a world title.” 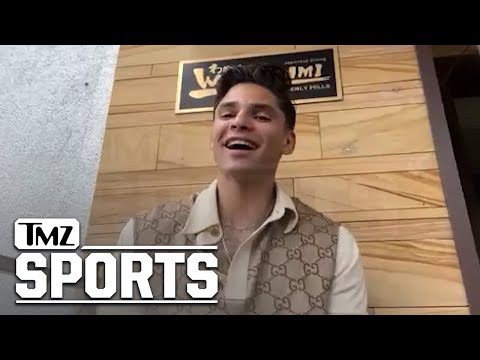 Teofimo Lopez vs. Pedro Campa on Aug.13th at Resorts World in Las Vegas »