David Benavidez vs. David Lemieux next Saturday, May 21 on Showtime 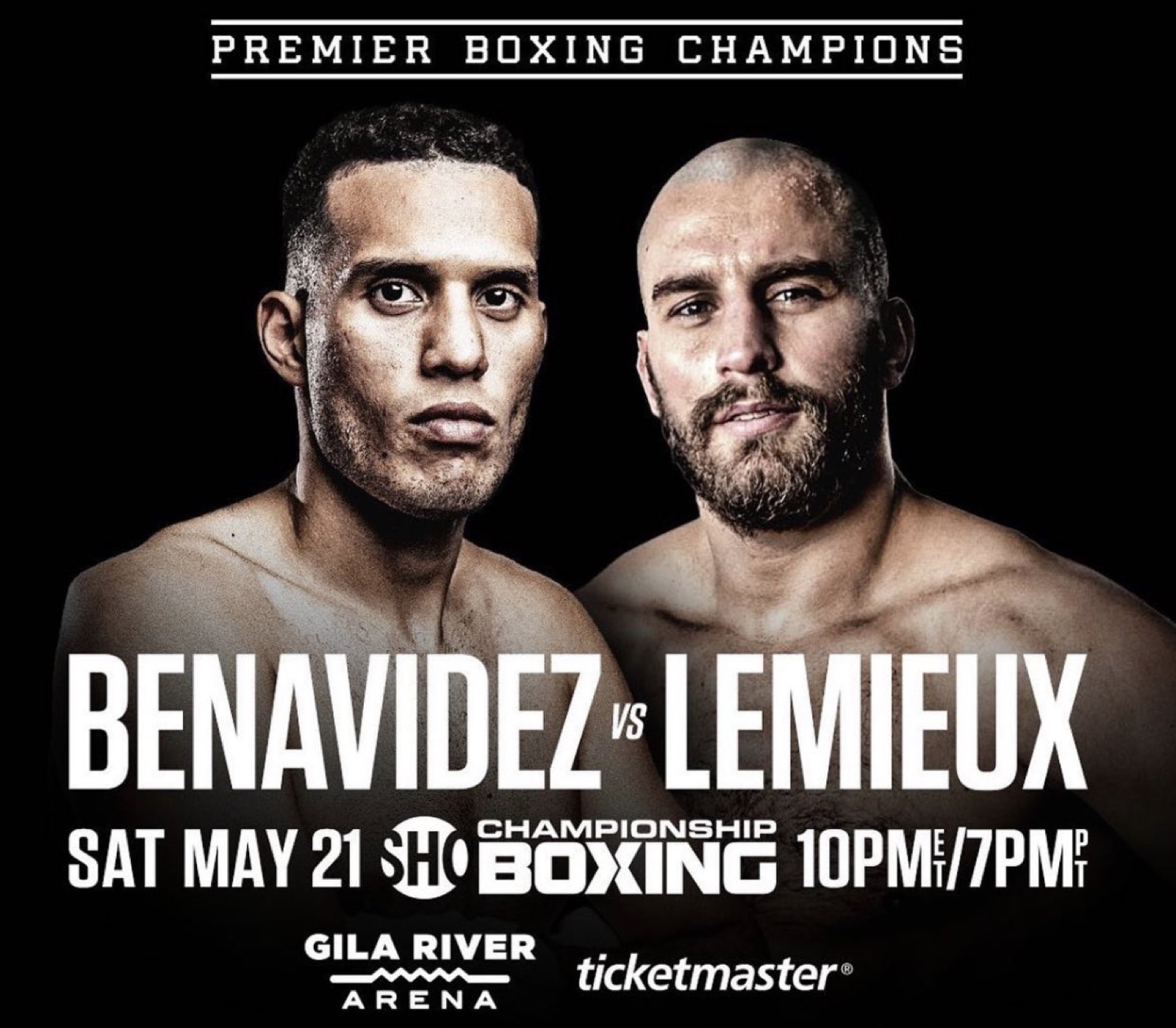 By Jack Tiernan: David Benavidez and David Lemieux headline next Saturday night on Showtime on May 21st in a battle for the interim WBC super-middleweight title. The event begins at 10:00 p.m. ET.

Benavidez (25-0, 22 KOs) vs. Lemieux (43-4, 36 KOs) will be fighting at the Gila Rivera Arena in Glendale, Arizona. The winner will be in a position to potentially face undisputed champion Canelo Alvarez next year.

Of course, with Canelo, there are no guarantees. If he wants to fight the winner of the Benavidez vs. Lemieux, he will.  Benavidez has a better chance of getting a fight against Jermall Charlo in 2023 rather than Canelo.

If Benavidez can beat Charlo, it will help his chances of eventually getting a fight against Canelo if he doesn’t retire after his rematch with Dmitry Bivol.

Lemieux, 33, has done an excellent job of turning his career around with five consecutive victories.

His career was seen as finished following a one-sided 12-round unanimous decision to Billy Joe Saunders in 2017, but he’s turned things around with wins over some decent competition.

“David Lemieux, he’s not old at all; he’s 32-years-old, he’s been there for a long time and has a lot of experience,” said David Benavidez to The Good Fight with Kate Abdo.

“The thing with fighters when they get to the end of their careers, the last thing that goes is power,” Benavidez continued. “So, I can’t sit there and tell you that he can’t hurt me, and can’t do none of this.

“We both have a chin and we both can get hurt. That’s why I was in training camp for so long, and that’s why I got to stay here. I’m like, ‘Man, I got to be ready.’ This is another title and another opportunity.

“I know he’s motivated because it’s another title for him if he wins, so this is a big opportunity for both of us,” Benavidez said about him and Lemieux.

“I said the other day, once you’ve been in training camp for three months, it feels like purgatory. The days keep repeating over and over again. I’m not really sick of training. The only thing that sucks is I’m away from my son and my wife.

“Like I said, this is a big opportunity, and I’m doing this for my wife and my son. I feel like they’ve got their good abilities and are different fighters,” said Benavidez when asked who is better between Caleb Plant and Jermall Charlo.

“Plant is more of a boxer, and Charlo is more of a brawler, a puncher. I  can’t really tell you who is the harder or better fighter. They’re both top-level fighters. At this level, you’ve got to be ready because there are no easy fights no more.

“The thing about it is if a person doesn’t have knockout power, they’re more susceptible to getting knocked out themselves because they can’t hurt their opponent.

“I think so, yeah,” said Benavidez when asked if Charlo is the more dangerous fight than Plant. “The only reason why I’d move to 175 is if I can’t get the fights with Caleb Plant, Canelo, or Charlo.

“Maybe in the next two years,” said Benavidez when asked when he would move up to 175 and give up on the idea of fighting at 168 if he fails to get a fight with Plant, Canelo, or Charlo.

“I don’t see why it wouldn’t be possible to make these fights happen in two years because if you really look at it, Charlo is closer to the end of his career than he is in his prime.

“So who is he fighting? He talks about he’s making so much money this and that. He would make ten times more money fighting me than the guy [Maciej Sulecki] than he’s fighting now.

“Caleb Plant, he’s coming off of a loss. He says he wants to fight Canelo again, but he’s not going to get to Canelo again if he doesn’t fight me. So we all kind of need each other. 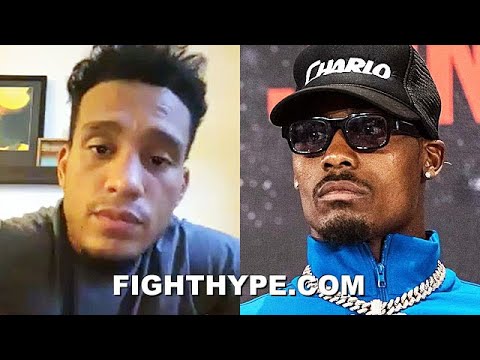 Joshua Buatsi vs. Craig Richards this Saturday, May 21st live on DAZN »