Jermell is on the top of the world today, but he’d better enjoy it while he can because his time as a four-belt champion will be over soon.

As the saying goes, “Glory is fleeting, but obscurity is forever,” which could hold true for Jermell soon. Sebastian ‘The Towering Inferno’ Fundora & Tim Tszyu are fast persuing Charlo, ready to end his 15 minutes of fame to bring him crashing back down to earth at light speed.

Jermell took advantage of Castano’s lack of power & defense to drop him a couple of times in the tenth round to score a knockout in their rematch at the Dignity Health Sports Park.

This fight comes after the two fought to a highly questionable 12-round draw last July in San Antonio, Texas.

“F*** all you drum-playing mother f****, all you haters,” said Jermell in taking a shot at Castano’s fans a day after his tenth round knockout win over the WBO 154-lb champion last Saturday night.

“Y’all was playing drums all week, but you weren’t playing the drums when the fight was over with. Where are the drum-playing mother f**** at now?

“I showed these fans, and I showed these haters that I can bang & trade, I can get hit with shots. I’m a fighter, I’m a boxer,” said Jermell Charlo in celebrating his win over the non-puncher Brian Castano from last Saturday.

Jermell has going to have to do a whole lot of improvement if he wants to hold onto his four titles for his next defense, but I think he’s too old to improve enough to beat Fundora or Tszyu.

“I came here in really good shape. I weighed 152 [at the weigh-in last Friday],” Jermell continued. “That hadn’t happened almost all my whole time being at 154, so I ain’t done yet.

“I’m still growing, learning, and making mistakes, and I can learn from this fight and the last previous fights. So this is a rally right now, and so I’m on my s***.

“I’m tough to beat because of the fact that I’ve got some power and speed. I got good movement, and I can set up shots and place them where I want to. I’m trying to be great,” said Charlo. 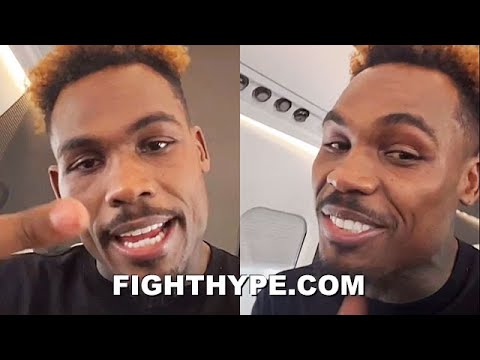 David Benavidez vs. David Lemieux next Saturday, May 21 on Showtime »