By Sam Volz: Undefeated welterweight contender Jaron ‘Boots’ Ennis (29-0, 27 KOs) put an exclamation point on the statement fight he was seeking on Saturday night with a scorching second-round knockout win over Custio Clayton (19-1-1, 12 KOs) in an IBF 147-lb title eliminator at the Dignity Health Sports Park in Carson, California.

Ennis, 24, landed a beautiful chopping right hand to the head of the Canadian Clayton, knocking him down in the second round. 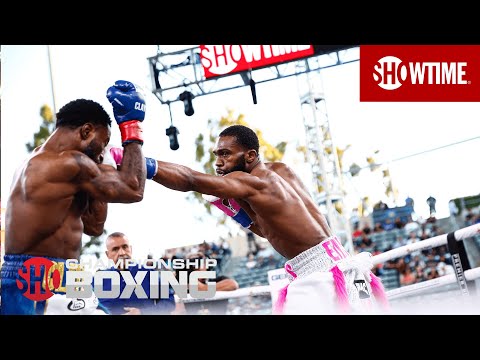 To his credit, Clayton got back to his feet despite being severely hurt. However, the 34-year-old couldn’t walk without staggering around the ring, so it was necessary for the referee to wave it off.

Even a well after the fight was halted, the 2012 Olympian Clayton looked out of it.

The win for the unbeaten Ennis makes him the mandatory challenger to IBF welterweight champion Errol ‘The Truth’ Spence Jr, and there’s an outside chance we could see that fight this year.

Spence is hoping to face WBO champion Terence Crawford next for the undisputed 147-lb championship, but if that fight fails to take place, Boots Ennis will be in the picture, potentially

Boots Ennis set a high bar with his win over Clayton, and we’ll have to see if the main event fight tonight between IBF/WBA/WBC junior middleweight champion  Jermell Charlo and WBO champion Brian Castano can somehow measure up.

This writer has his doubts, as neither of those two possesses the same type of talent that Ennis has going for him. The way Boots Ennis looked tonight, he could slide into the main event and make easy work of Jermell or Castano like he did with Clayton.

Ennis is not only a future world champion, but he’s an elite type of fighter that we haven’t seen in a long, long time.

Clayton made a huge mistake of bending low in front of Ennis, which put him at the mercy of the talented contender. Boots likes to throw chopping shots, and Clayton should have known better than to dip low.

If Spence wants to try and prove himself still as the #1 fighter at 147, he might want to consider putting his fight with Crawford on hold and take the Boots Ennis fight first. He looks like a better fighter than Crawford, and far more dangerous.

Don’t get me wrong. Crawford is an outstanding fighter, one of the best in the 147-lb division, but he’s not a natural welterweight like Boots. The difference in power between Boots and Crawford is huge, and it’s too much for the Nebraska native. 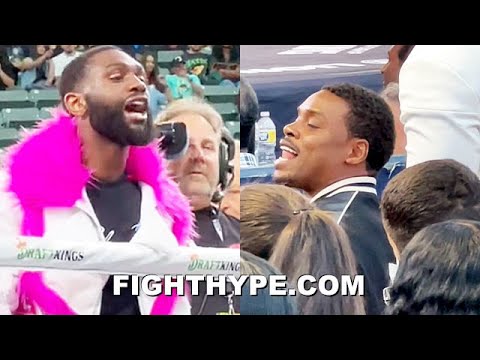